The MSNBC host objected to a story entitled, "Even in New Hampshire, 'Bridgegate' Dogs Christie" 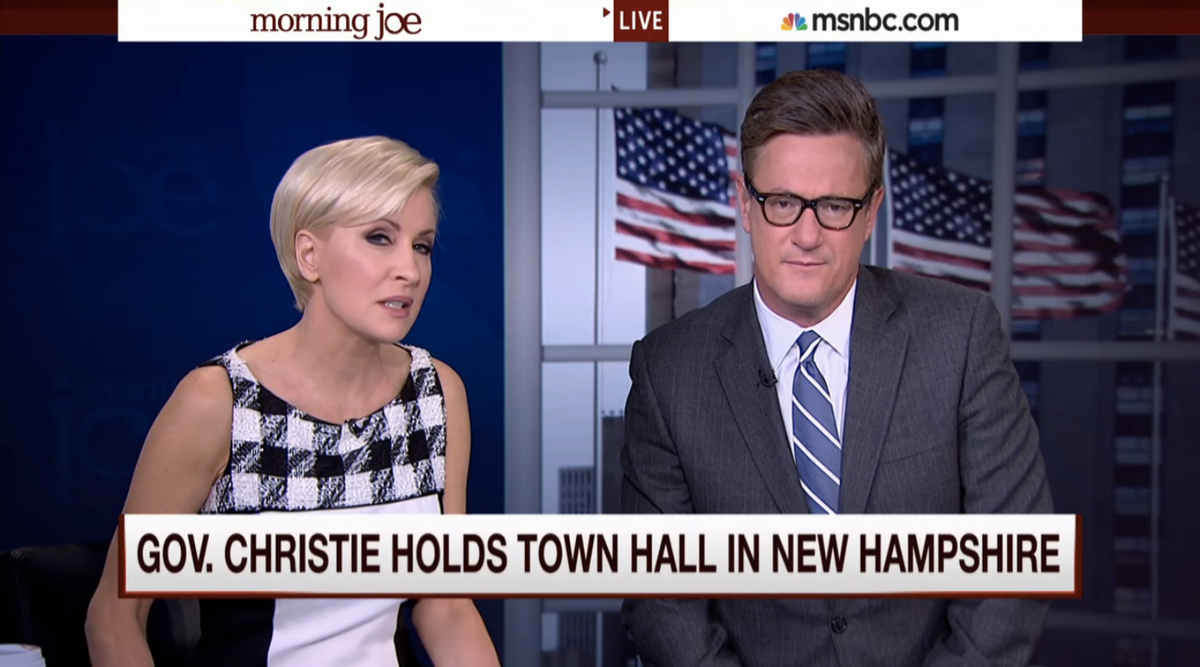 On Thursday morning's edition of MSNBC's "Morning Joe" hosts Joe Scarborough and Mika Brzezinski discussed a "naked agenda" on the part of the New York Times to continually harp on Gov. Chris Christie's Bridgegate scandal. The latest proof is an article published Thursday morning with the headline, "Even in New Hampshire, 'Bridgegate' Dogs Christie."

"New York Times, you are doing some great work in a lot of areas, and good on you, I was just talking about what an extraordinary job the new editor's doing. But they have had a naked agenda on driving this story from the very beginning and that is an embarrassing headline for the New York Times to write this morning."

"And the article doesn't back it up at all," Mika Brzezinski agreed.

To be fair, they are right. The article isn't really about Bridgegate at all, aside from featuring a few "wisecracks" from supporters along the way.

MSNBC contributor Mike Barnicle made a salient point about the Times and journalism as a whole: "I bet you Joe, that Mike Barbaro, the reporter on this story, first thing this morning, he's getting up and saying, 'Hey, I don't write the headlines,' which he doesn't."