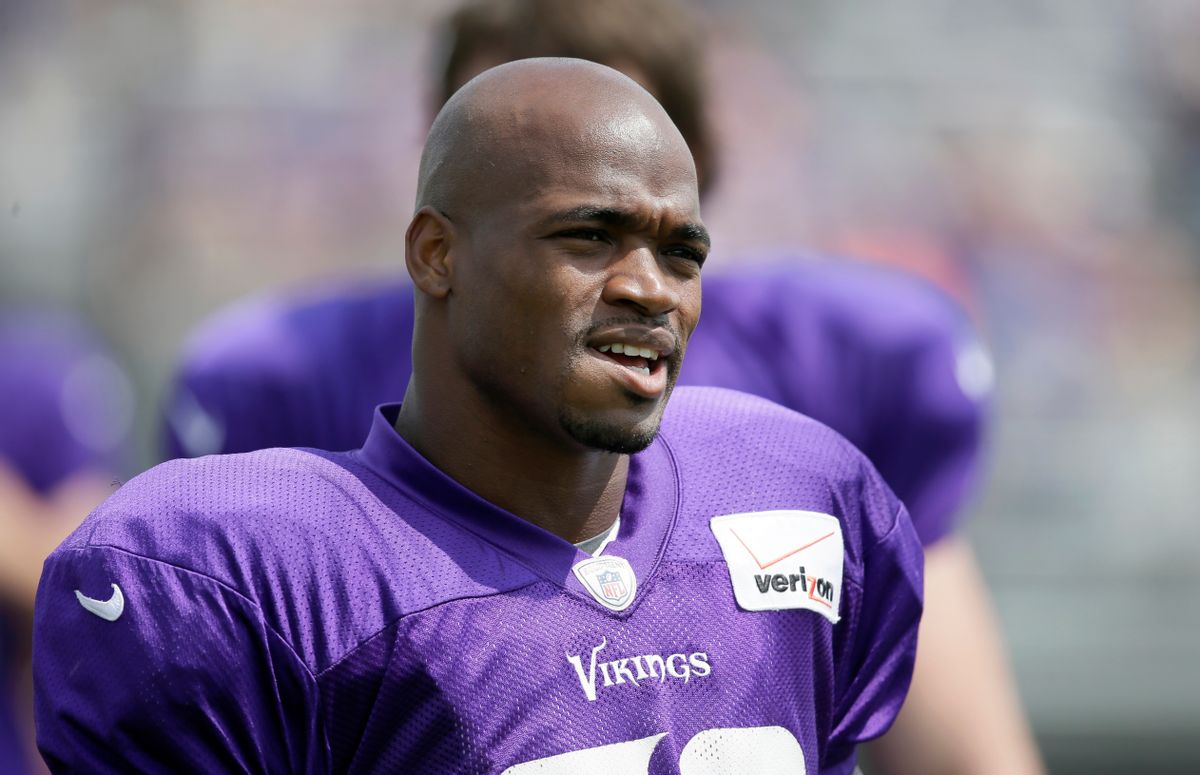 The NFL officially reinstated Minnesota Vikings running back Adrian Peterson on Thursday, after the player spent months on suspension while facing child abuse charges in Texas. Peterson was indicted in September on abuse charges for beating his 4-year-old son with a wooden switch, and later accepted a plea deal that reduced a felony charge to a misdemeanor.

NFL Commissioner Roger Goodell issued a letter addressed to the player stipulating the terms of his reinstatement, which include Peterson's completion of the obligations of his plea deal, attending counseling and adhering to the league's new personal conduct policy. But despite the fact that Peterson's suspension has ended, the league's decision to bench the player for the majority of last season is still being debated in federal court. His future with the Vikings is also uncertain.

Harold Henderson, a league-appointed arbitrator, rejected Peterson's appeal and upheld the suspension in December. The NFLPA's petition in federal court to overrule Henderson was granted by U.S. District Judge David Doty, who ordered the appeal back to the NFL for re-arbitration. The league promptly appealed Doty's decision to a higher court.

The 8th Circuit Court of Appeals won't hear that case for months, so those proceedings will be merely for principle in the ongoing dispute between NFL owners and players over protocol and fairness of the personal conduct policy.

The league essentially tabled Peterson's suspension in February after Doty's ruling, putting him back on the exempt list to allow the Vikings to communicate with him, but the announcement Thursday means he's finally in the clear to take the field again.

The question, then, is what colors he'll be wearing this fall.

Despite several cordial meetings with Vikings officials, Peterson's public stance on returning to the only NFL team he has ever played for has been uneasy at best.