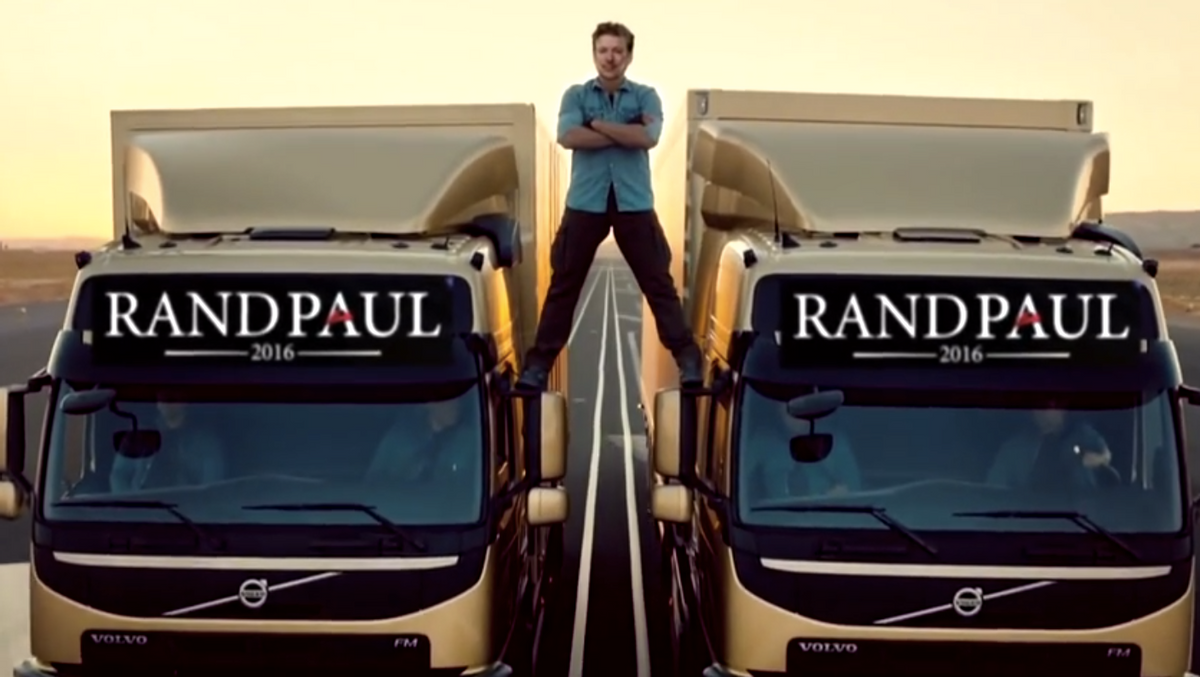 America was left wonderstruck when Hillary Clinton announced Tuesday that she'd nicknamed her campaign van "Scooby." But, as David Letterman reminded us on "The Late Show" last night, we shouldn't let that overshadow Rand Paul's own set of wheels. Not only does the republican candidate have two campaign vehicles, but he can also do the splits between them.

"I don't care what you think of the man's politics," Letterman said, after playing the absurd JibJab-esque stunt "...but that was impressive."

Letterman also tracked down Clinton on her campaign trails, discovering that she's been tearing up the streets of Des Moines and going full-on Fast and Furious.