Stop whatever you're doing and watch the new "Star Wars" trailer 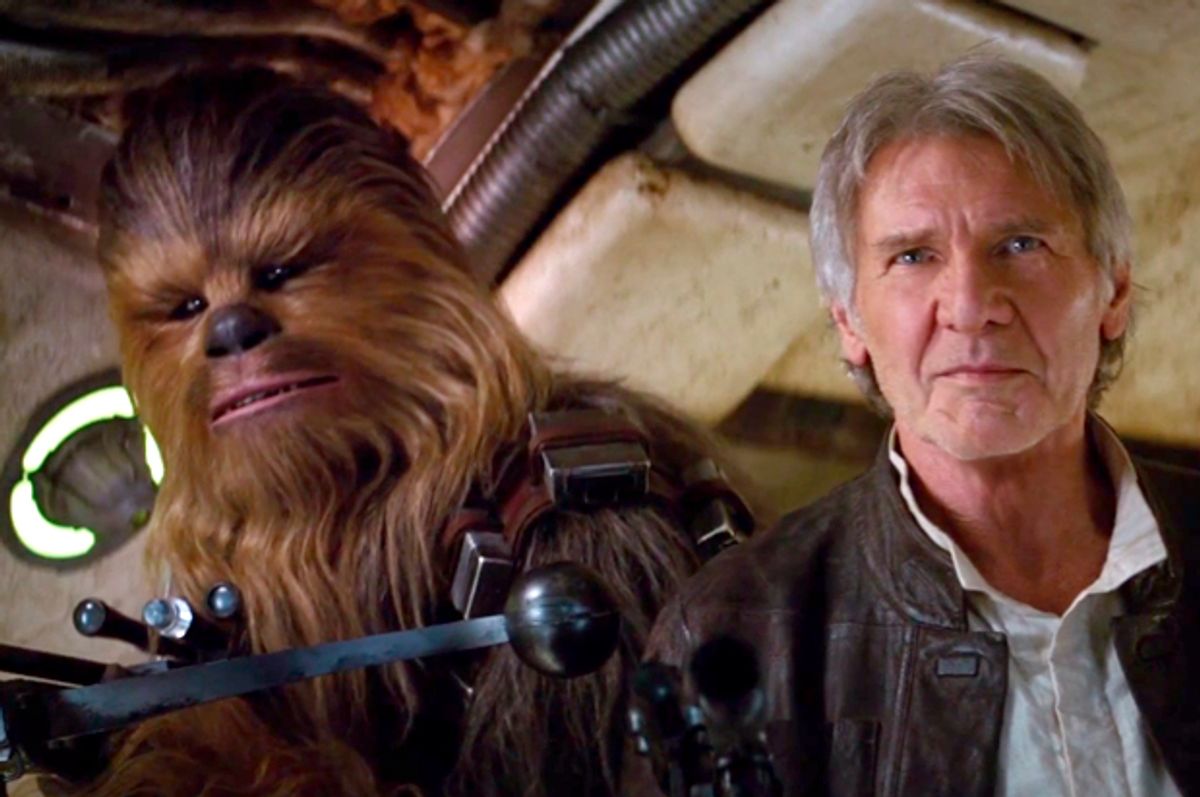 Four long months have passed since the Internet gobbled up its first preview clip of "Star Wars: The Force Awakens." Thursday afternoon, the J.J. Abrams fronted film slated for a Dec. 18 wide-release, was finally unveiled in a second official trailer. And good news: Han and Chewie are back! "Chewie .. we're home," Harrison Ford says with that lopsided smile of his.

Watch the official trailer below: