The dystopian way employers are ruining their workers' job prospects 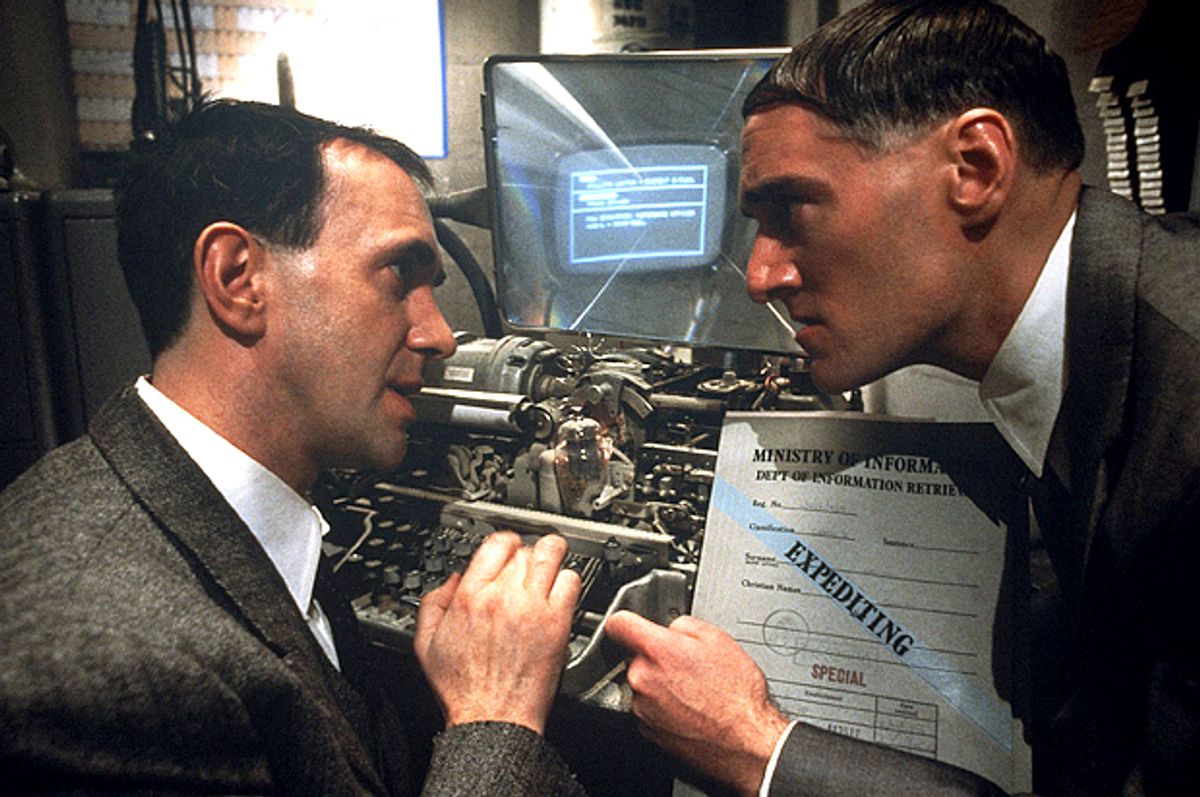 When Emily Brunner and Caitlin Turowski were hired by Jimmy John’s sandwich shop, prominent among their many employee orientation forms were noncompete agreements (NCAs) that they were required to sign. According to court documents, these agreements outlined when, where, how, and by extension, if they could work for “competing food establishments" -- a category that, according to the NCA, included any “food service venue that derives 10 percent or more of its revenue from sandwiches, submarines or wraps.” If the competitor was within 3 square miles of any Jimmy John’s, Caitlin and Emily could not work there for a period of two years following their departure from the fast-food chain.

Ms. Brunner and Ms. Turowski sued Jimmy John’s to have the use of noncompete agreements for workers at their level deemed illegal, but as the Huffington Post reported last week, U.S. District Judge Charles Kocoras blocked their injunction, arguing that since they had not been sued by Jimmy John’s or their franchisee co-defendant, the JS Fort Group, no “injury had occurred to begin with.”

The defense attorney for the JS Fort Group argued that “[t]he franchisee defendants say they had no intention of enforcing these agreements as to these plaintiffs. It never crossed their minds.” (Emphasis added.) At first glance, this statement might not strike you as odd. But under closer inspection, it functions as a damning and revealing admission -- one with an alarming Orwellian dimension.

The pigs of "Animal Farm" would certainly look askance at an agreement that was normally reserved for the elites being applied to the lower orders. But they would embrace it, if it protected the status quo -- if it insured that some animals remained more equal than others. The NCA, especially when used against low-level employees, is just such an agreement and an increasing number of entry-level and even temp workers are being required to sign them at the expense of their own mobility.

Employers defend the use of noncompete agreements on the grounds that they are necessary to protect trade secrets, customer lists, and intellectual property; in the minds of employers like Joe Kahn, owner of Linx summer camp, this includes the “training and fostering of camp counselors.” As theNew York Times reported last summer, Mr. Kahn enforced a noncompete agreement against a former camp counselor preventing her from working at a competing camp. She signed the agreement when she was 16, and at 19 her days as a camp counselor in that community were over. “It’s much like a tech firm with designers who developed chips," Kahn rationalized when pressed by the Times. "You don’t want those people walking out the door."

These kinds of agreements might be a little more tolerable -- but only a little -- if they were accompanied by some of the benefits one would associate with high-level positions. Alas, that is rarely the case. The sandwich makers of Jimmy John’s franchises do not get access to company cars, for example, or company credit cards. Jimmy Liboutard, owner and founder of Jimmy John’s, lobbied tirelessly against the Affordable Care Act to avoid paying for the healthcare of full-time employees. Despite all of this, the executive-level constraints of the noncompete agreements trickle their way down to these employees nonetheless.

Companies like Jimmy John’s compete relentlessly – for the best location, for the latest technology, for the most favorable laws – but for labor they would rather not compete at all. This much is clear. And while the bureaucratic overlords of "1984" would probably balk at using as unimaginative a label like "noncompete agreement" to describe an agreement not to compete, they would certainly admire the audacity of it, particularly the way it uses information and hierarchy to constrain one group while liberating another.

While entry-level employees are often powerless to challenge NCAs, high-level executives and their representatives are pushing back and making progress. California and North Dakota have outlawed them. Massachusetts is very close to doing the same. Virginia, Minnesota and New Jersey are debating severely constraining them. Additionally, a growing chorus of economists, business leaders and politicians have begun to highlight NCAs' negative impact on innovation and mobility, but none of this helps the entry-level worker who must choose between employment and signing the NCA.

Consider the Jimmy John’s employee who reads the NCA literally. In order to remain in compliance he or she would need to figure out who was a "competing food establishment" and who was not, which would mean determining whether its revenue exceeded the 10 percent threshold of "sandwiches, subways, and wraps." This would mean requesting a profit and loss statement from the prospective employer, breaking that statement’s revenue section down into sandwich types, then figuring out the wrap/sandwich/subway ratio. It would be much simpler and realistic to just stay put, or to look for a job in some other field, which essentially means that the skills that the employee acquired at Jimmy John’s are wasted on the employee -- but not Jimmy John’s of course.

The attorney for Jimmy John’s, Matthew Disbrow’s claim that his clients had no intention of enforcing their NCA does not at first hearing sound like what Orwell called a "defense of the indefensible." It’s not euphemistic or cloudy and vague, but it does tell a separate truth to distract from a bigger lie. Defending Jimmy John’s use of NCAs on the grounds that they had no plans to enforce it suggests that it is a kind of insurance policy or a bluff, when in reality it's an act of brinkmanship that failed in this instance, but remains a threat to any worker who has signed the agreement.

We often confuse or conflate bluffing with brinkmanship, but the difference between the two makes all of the difference. A bluff is an empty threat meant to get an outcome.  Brinkmanship, on the other hand,  represents a series of contingent threats that can yield a number of outcomes – in this case all in the employer’s favor. The employer can choose to execute the contract. They can forward the NCA to the employee’s prospective new employer before they can begin work. They can forward it after. They can ignore one employee who moves on to anonymously make sandwiches for a competitor and then attempt to prosecute another who climbs a competitor’s ranks to eventually own the business.  The employer can threaten to do any or all of the above or not, but the attack begins the moment the employee signs the agreement, not upon its execution.

The unskilled worker is often vilified by the professional right and ignored by the professional left. If the unskilled worker is not born into the middle class, she must combine luck and ambition to force her way in. Noncompete agreements for lower-level workers are a direct assault on this ambition and make the worker’s own aspirations thought crimes.