Bomb squad responds to an egg filled with candy: The week in weird news

Plus: A burglar was arrested after leaving Croc tread marks at the scene of the crime 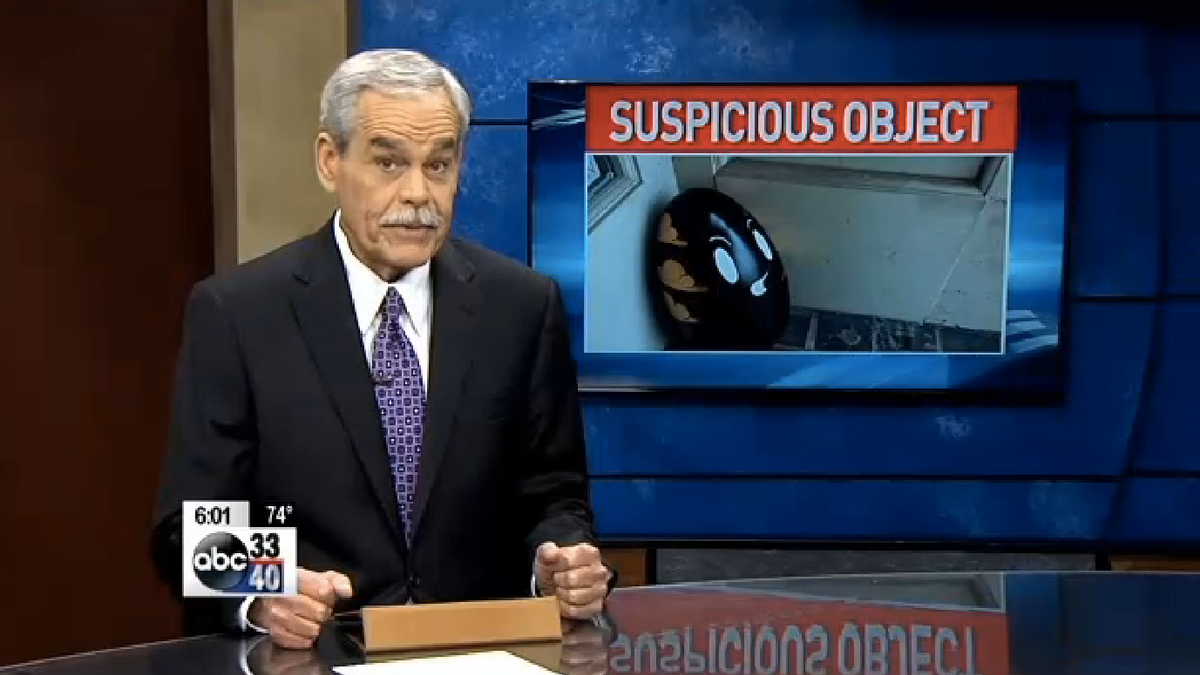 A burglar was arrested after leaving Croc tread marks at the scene of the crime.

You should never leave the house wearing Crocs, especially if it's to commit a crime, we learned from AP this week. A 22-year-old man from Fairbanks, Alaska was convicted of burglary after he decided to show up to his police interview wearing the same shoes (Crocs) he was wearing when he broke into a building. Police were able to confirm that the Croc tread marks matched those from the scene of the crime. (AP)

The Birmingham, Ala. bomb squad rushed to the Alabama Media Group headquarters Tuesday after someone had reported a "suspicious package" sitting on the doorstep. The package -- an egg with a smiley on it --  caused the entire building to evacuate, but ended up containing only candy. Police speculated that the package was connected to a Black Lives Matter protest that had occurred earlier that day. (AL.com)

There is now a Jennifer Lawrence portrait made up of 9,658 peanuts.

You have Ripley's Believe it Or Not! to thank for this one. The Flordia-based artist Mateo Blanco was commissioned to build Oscar-winning actress, J-Law, using 10 thousand peanuts. The portrait measures 78 inches in height and 55 inches in width. He tells Barcroft Media: “She’s from Kentucky and peanuts are a delicious food to enjoy [while watching] a baseball game there.” (Inquisitor)

China's People's Daily Online reports that a farmer who goes by "Mr. Li" in China's Yunnan Province, successfully harvested a 33-pound, 4-foot-long turnip. Li told People's Daily that he grew the vegetable without the assistance of any fertilizers. This looks a lot like love. (Huffington Post)

A semi-truck accidentally dumped 14 million bees on a freeway

State Patrol tells The Seattle Times that a truck driver lost control of his vehicle while exiting I-405 in Lynnwood, Wash. The impact sent 458 hives, containing 14 million bees, flying off onto the roadway. “Everybody’s been stung,”  Sgt. Ben Lewis said. “This is a first.” (Seattle Times)