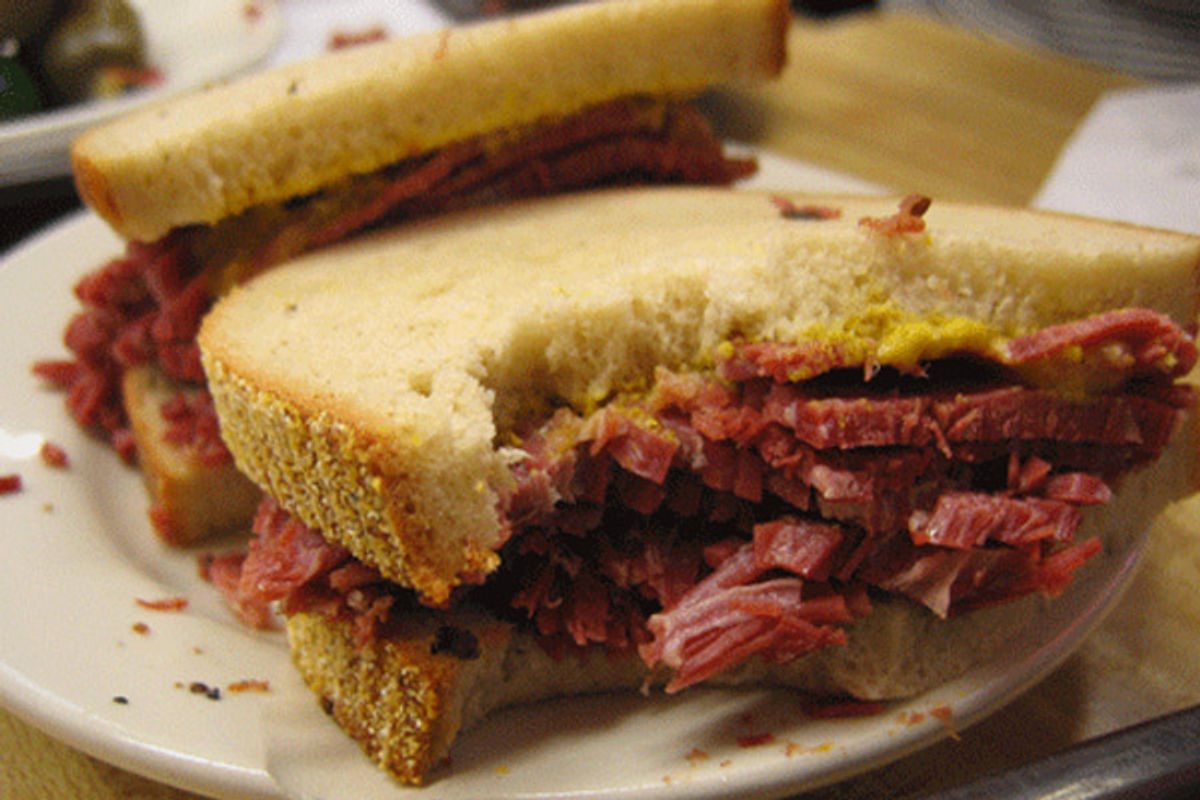 A New Jersey deli owner who infuriated his community when he posted a sign asking patrons to "celebrate your white heritage in March" has closed up shop, Rick Epstein of The Hunterdon County Democrat reports.

James "Jimbo" Boggess played the sign on window on March 3, and the complaints began to file in immediately. His neighbor, Bhakti Curtis, told Hunterdon County Democrat that the sign "mocked Black History month," especially because the "t" in "white" was originally drawn with a cross in a style reminiscent of the Ku Klux Klan.

Boggess said that those complaining about the sign were the real racists, because "if there's any racial discrimination going on, it's by people who are objecting to his sign "because I'm white."

"I just want to be included. Why is this such a big deal? I don't get it," he added. "I love everybody and everybody should celebrate what they are. I shouldn't have to feel bad about being white."

Curtis and Boggess eventually resolved their differences after the deli owner agreed to take down the sign. The pair took a photograph together in front of the store in which they were shaking hands and smiling, but not even the limited goodwill that generated was enough to save Boggess' deli.

Yesterday, he put a new sign in his window that read "FORCED OUT OF BUSINESS." Many commenters on his GoFundMe page were curious about who, exactly, had "forced" him out of business, and early Friday afternoon, he posted an update on explaining that his critics were correct in believing that the store had not been doing well before he placed the sign in the window.

Yes, you guys are right, the store wasn't doing good before the sign was posted. But it was doing good enough to keep the store open . After the sign was posted I started only ringing up 23 to 40. Dollars a day . Couldn't pay march rent or utilities , then April came and I didn't have the money for April either . I barely rang enough money to purchase things to sell like eggs coffee and rolls . Then I got my eviction letter and shut off notices ,so sorry if you don't understand my situation.

As of this writing, his GoFundMe campaign had earned him $215.