How the ravages of inequality fall on the pets of the poor: "We're putting people in a Catch-22" 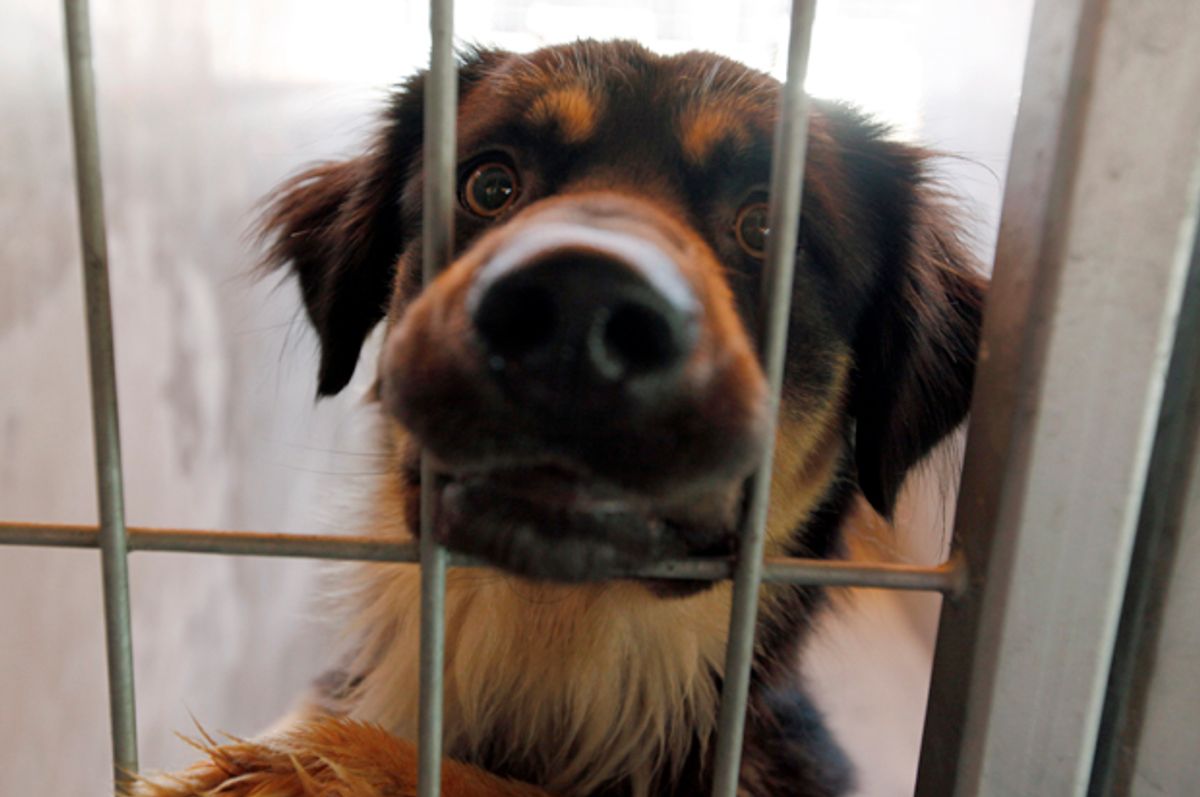 With the notable (and politically decisive) exception of the wealthy, most Americans understand that being poor sucks. But when those of us lucky enough not to be "low-income" think of the burdens shouldered daily by the tens of millions of poor people in our country, we tend to think of material hardships and deprivation: lousy housing, unappetizing and unhealthy food, sub-par medical treatment, and so forth. The American mainstream, at least, thinks of poverty not so much in terms of oppression, but rather neglect.

As a countless number of incidents on each and every day can attest, this is a mistake. Poverty is more that deprivation. It's powerlessness. And wherever there is powerlessness, there is also abuse.

Take, for example, the story of 82-year-old Maryland resident Mary Root, which was published earlier this month by CNN. Root is poor; according to CNN, she survives on roughly $2,000 per month. So when a neighbor called animal control — saying her pet chihuahuas kept escaping her control — and Root was fined more than $500, she couldn't pay. Due to her lack of resources, and what she claimed were medical issues, she didn't show up when called to court to answer for the dogs. She ended up spending two days behind bars as a result.

The scariest thing, however, is that Root's story is one of the happier ones described in the CNN report. Because though Root spent two days deprived of her freedom, she at least got to hold on to her dogs. For a number of similarly impoverished Americans with pets, such petty fines and cascading violations lead to a punishment more severe than confinement — namely, the seizure and eventual killing of their pets. While you won't be killed for being poor in America (at least not directly) the same can't be said for your dogs.

Recently, Salon spoke over the phone with Betsy McFarland, vice president of the Humane Society of the United States' Companion Animals section. The discussion touched on the challenges and risks that low-income Americans face for having pets, what programs exist to avoid these pitfalls, how to make stories like Root's less common, and how to protect the lives of the poor animals who often have done nothing wrong. Our conversation is below, and has been edited for clarity and length.

What was your reaction to that CNN story? Were you surprised by it, or is this practice something you were already familiar with?

It wasn't a surprise. There are so many challenges for pet owners who live particularly in underserved communities. At the Humane Society of the United States, we estimate that there are about 23 million pets living at or below the poverty level, which is about $23,000 a year for a family of four. The folks who live in these communities where they're underserved,they have a lot of challenges; we often hear of food deserts for lower-income folks and we find that the same is true for pet care resources.

For folks to live in these resource desert areas, they don't often have easy access to a lot of the things that we take for granted, those of us who live in middle- or upper-class neighborhoods, things like veterinary care, spay/neuter access, or even simple things like flea treatments and preventative options for their pets. It creates kind of a challenging situation there, and often ends up leading to challenges with animal control.

What are some of the problems that low-income people run into when it comes to their pets and their local governments?

One thing that's really interesting to give some context to the conversation is that across the country, on a national level, owned pets are spayed and neutered 87 percent of the time. Largely, throughout the United States, the vast majority of owned companion animals have already been sterilized. In underserved neighborhoods, the ones we're talking about here, we're consistently finding that 91 percent of the pets there are not spayed or neutered, so it's the exact inverse of the national average. With that, those pets continue to have more litters that they maybe can't provide the care they want to be able to provide for.

Why are the rates so different? Is it cultural? Economic? Both?

One thing we have noticed — and this is consistently true, regardless of culture, location, age, whatever — is that the folks in these neighborhoods absolutely love their pets and they want to do the right thing, but in order for them to get their pets spayed or neutered or see a veterinarian is really prohibitive. Even if they could get their pet there — which is one of the challenges because oftentimes, folks in underserved areas rely on public transportation and you can't take your dog or cat on the bus — they often can't afford even a subsidized fee. It's sort of setting up a system where folks who want to provide for their pets and want to do the right thing aren't able to get access to it.

When you layer on top of that a culture of enforcement from, say, an Animal Control department or humane law enforcement, we're sort of setting people up to fail when it comes to some of these minor infractions. If we're instead penalizing people for not being able to provide what they already want to provide, we're not actually addressing the underlying problem and we're putting people in a Catch-22.

Have municipal governments become any more aggressive or punitive in their responses?  Or is it more that people are just starting to notice?

I think the field has long taken an approach that they want to try to legislate or enforce responsibility; that if we just force people to do the right thing, they will do it. I think what we're uncovering through things like the Pets for Life program and getting into these neighborhoods is that it's a little more complex than that. I think it requires a bit of a shift in how we look at how we enforce policy and even how we make our laws. Are we setting up folks for success and working to remove their errors rather than simply using penalties as a way to try to get the change we're looking for?

If I can just play devil's advocate for a minute, why shouldn't poor people just not have pets if they can't afford the risks and responsibilities?

For one thing, why would we deny anyone the love and compassion of a companion animal? No matter what your economic income, dogs, cats and other pets provide tremendous support and a lot of folks really depend on their animals as an emotional support to their well-being. Even more fundamental than that, I think it's very difficult to really judge the situation of someone else.

Regardless of whether you're low-income or you have a situation where you've lost your job or are temporarily struggling, the answer to say you shouldn't have a pet just doesn't work. For one thing, people have them! They're already there; we're estimating 23 million of them. Rather than telling people not to have pets or to force them to behave a certain way, we've found over and over again that if we simply provide a little bit of support and remove the barriers, folks want to do the right thing and absolutely will, and that's a win-win for them and for the community.

Would we see these kind of draconian punishments meted out if the animals in question belonged to middle-class or wealthy Americans?

I don't know if it's intentional on the part of departments of Animal Control to target and treat people differently; I think the challenges, maybe are more acute in some of these areas, so you tend to see more dogs roaming the streets or more intact animals.

It comes down, again, to how we address the problem. If 91 percent of the pets in those communities aren't yet spayed or neutered, do we just come down and enforce and give tickets — and that doesn't work, as we know, because if you do that, folks feel like they either have to give up their animal or they face these fines that they can't pay. I think it's just that the challenges in underserved areas are a little more apparent and that the approach to addressing it is what needs to shift.