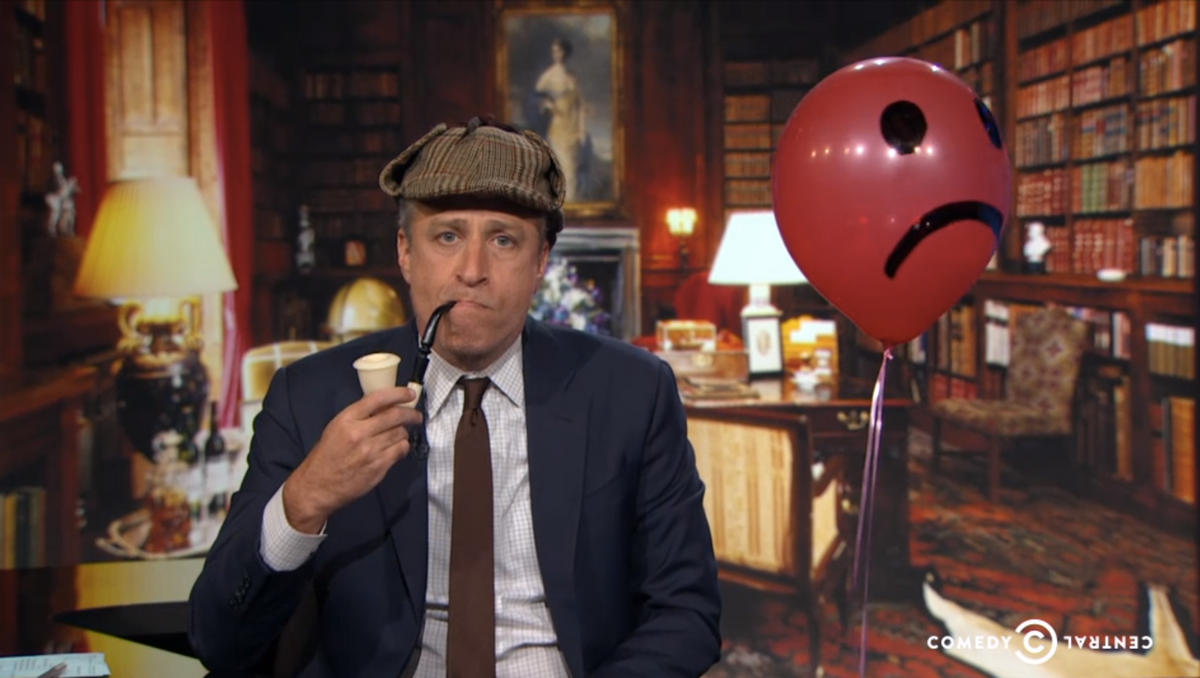 "The Daily Show" has successfully ignored the existence of former Vice President Dick Cheney -- the "jagged-toothed forrest demon who steals children" -- for the last year. But on last night's show, Jon Stewart just couldn't stand idly by any longer as Cheney slammed President Obama for his nuclear deal with Iran.

Stewart shared an excerpt from last week's interview with conservative radio host Hugh Hewett, in which Cheney declared: “I can’t think of a more terrible burden to leave the next president than what Obama’s creating here."

Hmm, perhaps a more terrible burden to leave behind for Obama was the Bush Administration, in its entirety, Stewart suggested. Stewart concluded from Cheney's interview that "anyone who strengthens the strategic position of Iran is, by definition, working to weaken the United States of America."