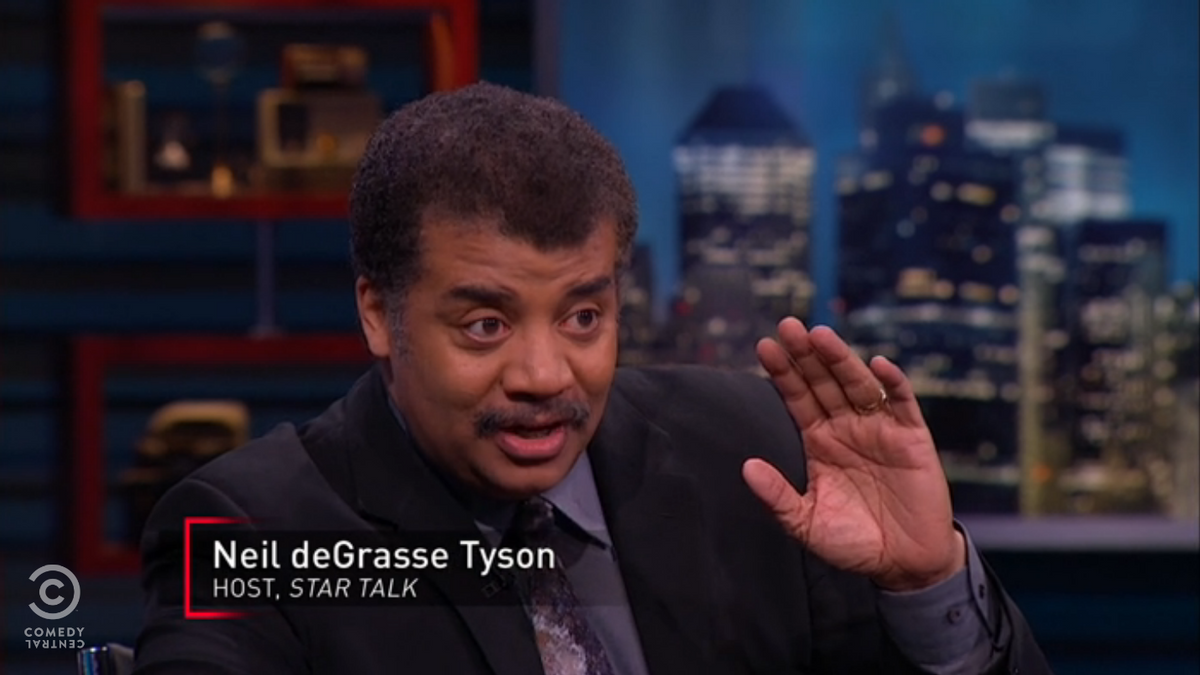 On Thursday evening's edition of "The Nightly Show," host Larry Wilmore attempted to "break" astrophysicist Neil deGrasse Tyson's brain by forcing him to disprove a number of conspiracy theories.

The first conspiracy Tyson had to debunk was that the moon landing and the accompanying video were actually staged. If you know anything about me (which you don't because I've never written publicly about this before) you'll know that my boyfriend, who is actually very smart in every other way, is a moon landing truther. It's an odd little quirk that transforms him from normal New York Jewish boy into New York Jewish boy who you maybe shouldn't leave alone with your children. Needless to say, when we watched this together last night, I physically mooned him because I am the winner of that argument and he is so, so dumb. But back to the show.

"Are you trying to blow my mind?" Tyson asked after comedian Mike Cannon verbatim echoed the views of my whack boyfriend. "You can look at the Saturn V rocket, which got us to the moon and back, and calculate how much fuel is in there, and watch the thing take off, and ask yourself: where the hell do you think this thing is going? There's enough fuel to get you to the moon, and stuff left over to come back. It's not just going down to the grocery store -- it is a Saturn V rocket."

He also explained why the flag seems to blow in the air in the moon landing footage -- a detail often invoked by truthers:

"Since there is no air on the moon, anything set into motion -- because they set up the flag and he's holding it and lets go, the flag flips back and forth and it doesn't slow down because there's no air to slow it down."

They also discussed why aliens are so into butt stuff, why black people never see UFOs, and whether or not Stevie Wonder is actually blind -- and Tyson had a great answer to each of these, except for the last one. Because I am maybe a Stevie Wonder truther, and I can't be won over.