Bill Maher confronts Judy Miller: "The reason I might have some trouble with your credibility is I think all these assertions are true"

The "Real Time" host is having none of the disgraced New York Times reporter's spin about Iraq, neocons and WMD 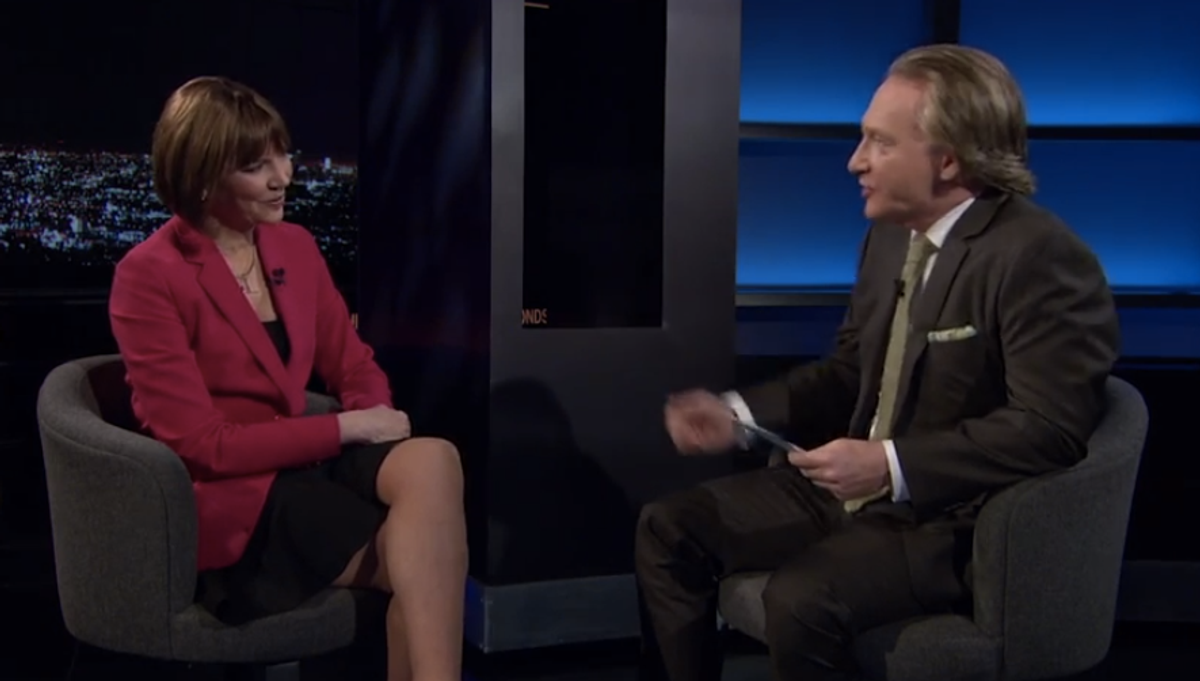 Miller is pushing a new book, full of spin and short on responsibility for her role -- and that of the New York Times -- as useful stooges for the Bush administration by aggressively reporting nonsense about Saddam Hussein's "weapons of mass destruction." She's still making the case that the intelligence services were honest but wrong, and everyone from reporters to the president simply took them at their word.

That all of that is a glossy rewrite of history about as correct as, well, Miller's original reporting, isn't lost on Maher. He reads from a Wall Street Journal op-ed in which Miller sarcastically confesses to leading the nation into war with:

"...some help from a duplicitous vice president, Dick Cheney. Then there was George W. Bush, a gullible president who could barely locate Iraq on a map and who wanted to avenge his father and enrich his friends in the oil business.

"And don’t forget the neoconservatives in the White House and the Pentagon who fed cherry-picked intelligence about Iraq’s weapons of mass destruction, or WMD, to reporters like me.

"None of these assertions happens to be true..."

Maher hits back directly: "The reason I might have some trouble with your credibility is I think all these assertions are true."

Maher also gets to the heart of why Miller's stories on Iraq's WMDs was so important to the war effort: The New York Times holds a special place in journalism, and liberals who might have been skeptical of the administration's case had a harder time discounting the nation's leading newspaper.

Watch the entire exchange below: