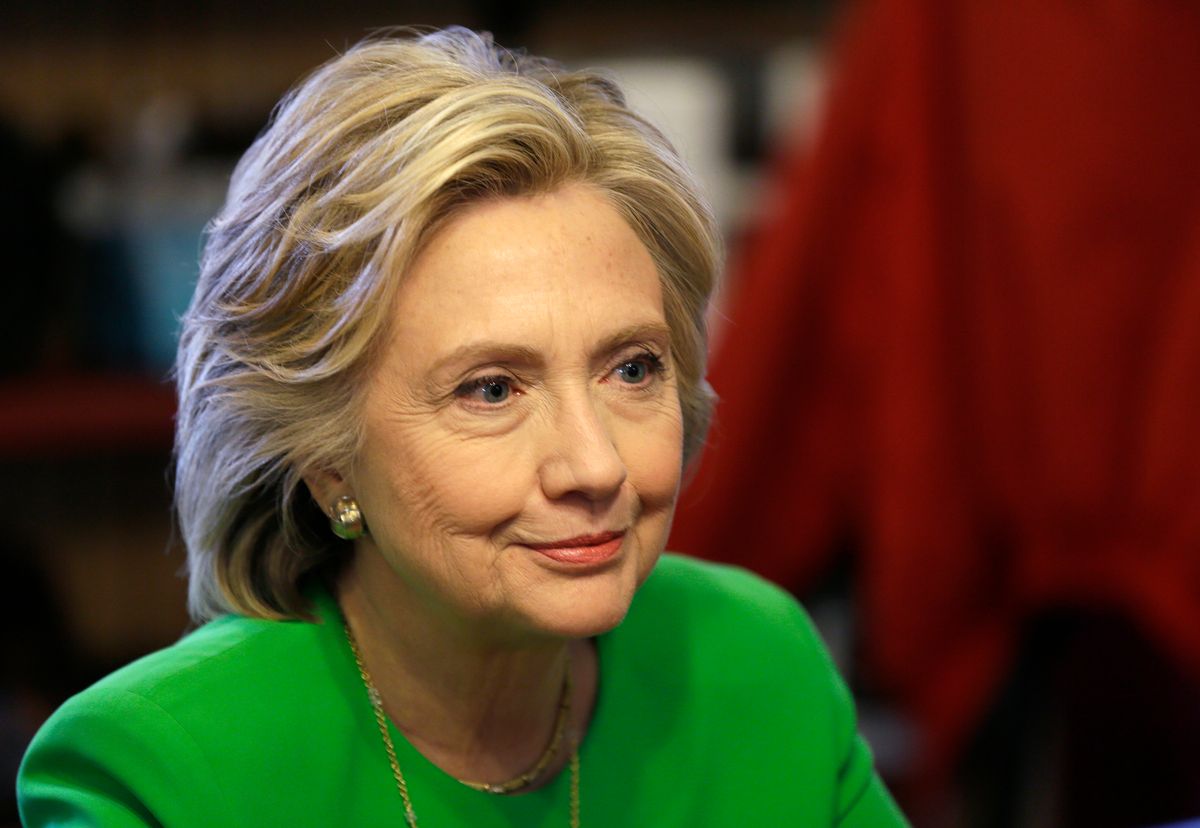 Maureen Dowd shared some of her early observations of Hillary Clinton's presidential campaign on Sunday, and the recommendations she offers in the editorial are -- surprise! -- steeped in sexism.

In a New York Times op-ed (with the apt headline "Granny Get Your Gun"), Dowd bemoans the former secretary of state's apparent problem of not being able to "figure out how to campaign as a woman," and notes some behaviors Clinton might want to try and avoid if she plans to gear her campaign away from the "foolishness of acting like a masculine woman" (as in 2008) while also illustrating "that bitch is still the new black":

Hillary always overcorrects. Now she has zagged too far in the opposite direction, presenting herself as a sweet, docile granny in a Scooby van, so self-effacing she made only a cameo in her own gauzy, demographically pandering presidential campaign announcement video and mentioned no issues on her campaign’s website.

In her Iowa round tables, she acted as though she were following dating tips from 1950s advice columnists to women trying to “trap” a husband: listen a lot, nod a lot, widen your eyes, and act fascinated with everything that’s said. A clip posted on her campaign Facebook page showed her sharing the story of the day her granddaughter was born with some Iowa voters, basking in estrogen as she emoted about the need for longer paid leave for new mothers...

The Times columnist doesn't have a ton of straightforward advice for the Clinton campaign, though she does offer this hope:

As she hits the trail again, Hillary is a blur of competing images, a paean to the calibrated, artful and generic, a low-key lady who doesn’t stand for anything except low-keyness. She has seen, over and over, that overcorrecting can be self-defeating for her and parlous to the nation, but she keeps doing it.

Let’s hope that the hokey Chipotle Granny will give way to the cool Tumblr Chick in time to teach her Republican rivals — who are coming after her with every condescending, misogynist, distorted thing they’ve got — that bitch is still the new black.

But, as Media Matters highlights in its analysis of Dowd's take and her past Clinton coverage, the columnist might very well be lumped with those who are "coming after" the candidate with patronizing sexism. The site has previously broken down Dowd's consistently negative opinions on Clinton, and found that gendered analysis and criticism of the candidate infused much of her reporting during the 2008 election. Looks like we might be in for more of the same in 2016.