Cornel West vs. the world: 6 legendary feuds with everyone from Harvard to Fox News

Following the New Republic's an incendiary takedown of West, we look at some of his most controversial moments 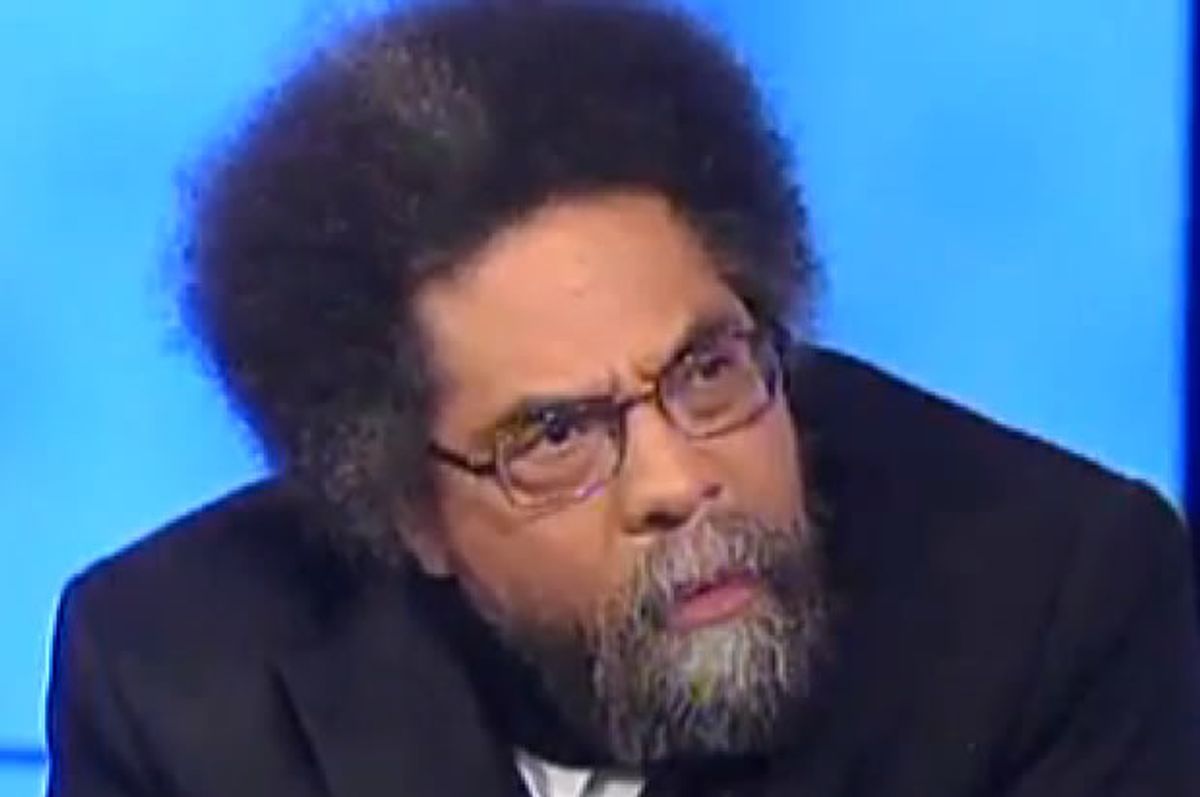 Cornel West is one of the most controversial public intellectuals in the United States -- so controversial, in fact, that his former friends and colleagues frequently wonder if the label even applies anymore. In light of Michael Eric Dyson's take-down of his mentor published in the New Republic yesterday, we've decided to take a look at some of West's more memorable public feuds.

Perhaps the most famous conflict involving West was the feud, while he was working at Harvard, with the university's President Larry Summers that eventually led to his bolting for Princeton. Summers complained that West's work -- which at the time of the complaint, included a new rap album, essay collections co-written with other academics, as well as a position on Al Sharpton's presidential exploratory committee -- wasn't sufficiently academic for someone of his position. West felt that Summers had disrespected him during what he later characterized as a "tirade" made by "a legendary gangster with a high IQ, in service of the well-to-do," and suggested that the controversy in which they were embroiled recapitulated "the delicate dilemma of black-Jewish relations." Summers eventually apologized, but to no avail -- West left Harvard for rival Princeton.

Philosopher Richard Rorty took issue with the "prophetic" quality of West's pragmatic thought, claiming that its Christian and Marxist foundation on an expression of hope was a powerful, albeit dangerous, motivator for political action. He noted that because these core ideological hopes can never be fulfilled -- Jesus will never return, the proletariat will never rise -- they can only give rise to "false prophets" who misinterpret core doctrines and cause immeasurable suffering. West shot back in "The Evasion of Philosophy," claiming that the vision of history Rorty employed was defensive and bourgeois -- not to mention too narrow to include issues of race and gender into its political imagination. Rorty's version of pragmatic is "smooth, seductive, and witty" -- and that's a problem, West wrote, because it "circumscribes ethnocentric posthumanism within a practical area of bourgeois humanism." The end effect, he argued, is that Rorty's philosophical project can't help but promote "the basic practices of liberal bourgeois capitalist societies," even when it endeavors to critique them.

Cornel West vs. The Machines When the Wachowski siblings were casting the sequels to their science fiction film "The Matrix," they decided that West's prophetic oratory fit right into their vision of "Zion," the post-racial society that represented humanity's last, best hope against the machines. Even though the actual dialogue they wrote for him ran directly contrary to the Marxist philosophy he espouses, the similarity between the population of Zion and his vision of an ideal America was close enough for him to accept the role of an elder in Zion. "The acknowledgment of the full-fledged and complex humanity of black people is a new idea in Hollywood, given all the stereotypes and distortions," he told the Los Angeles Times in 2003. Who came out on top in this struggle is difficult to determine, as it would require someone having watched the third film in "The Matrix" trilogy.

West lured Harris-Perry to Princeton from the University of Chicago in 2006, but it did not take him long to become dissatisfied with her ventures into his territory. In 2012, he told Diverse that "I have love for the sister, but she is a liar, and I hate lying." Echoing the critique Michael Eric Dyson leveled against him in the New Republic, West said "there's not a lot of academic stuff with her, just a lot of twittering...she's become the momentary darling of liberals, but I pray for her because she's in over her head. She's a fake and a fraud." Harris-Perry declined to respond to Diverse's interview request, but she did say that leaving Princeton for Tulane was "the best thing to happen to me in a decade."

Far be it for West to limit his brawling with news organizations to those that employ liberals. He has appeared on both "The O'Reilly Factor" and "Hannity" and, even in those unfriendly climes, has managed to get his point across. Bill O'Reilly resorts to demanding that West stop "filibustering" as outlines, patiently but forcefully, all the ways in which the Fox host is ignorant about life in impoverished black America. When Sean Hannity attempted to lecture him on the details of the Michael Brown shooting, West refused to take the bait, instead insisting that although he and Hannity "only agree on 12 percent of issues," he still considers him "a brother."

Watch West shut down Bill O'Reilly below via YouTube.

West campaigned for candidate Barack Obama in 2008, but quickly turned on him, claiming that the president had co-opted "the grand Black prophetic tradition" for his own centrist ends. "The Obama presidency," he said, "has been primarily a Wall Street presidency, drone presidency, mass surveillance presidency unwilling to concretely target the new Jim Crow, massive unemployment, and other forms of poor and Black social misery." His falling out with Harris-Perry -- as well Al Sharpton -- is based largely on his belief that they have become "the bona fide house Negro[s] of the Obama plantation."