Fox News' hilarious 4/20 fear mongering: "It's like putting Drano on your breakfast cereal"

New synthetic weed is "really getting people blasted and blitzed in a hurry," Fox warns 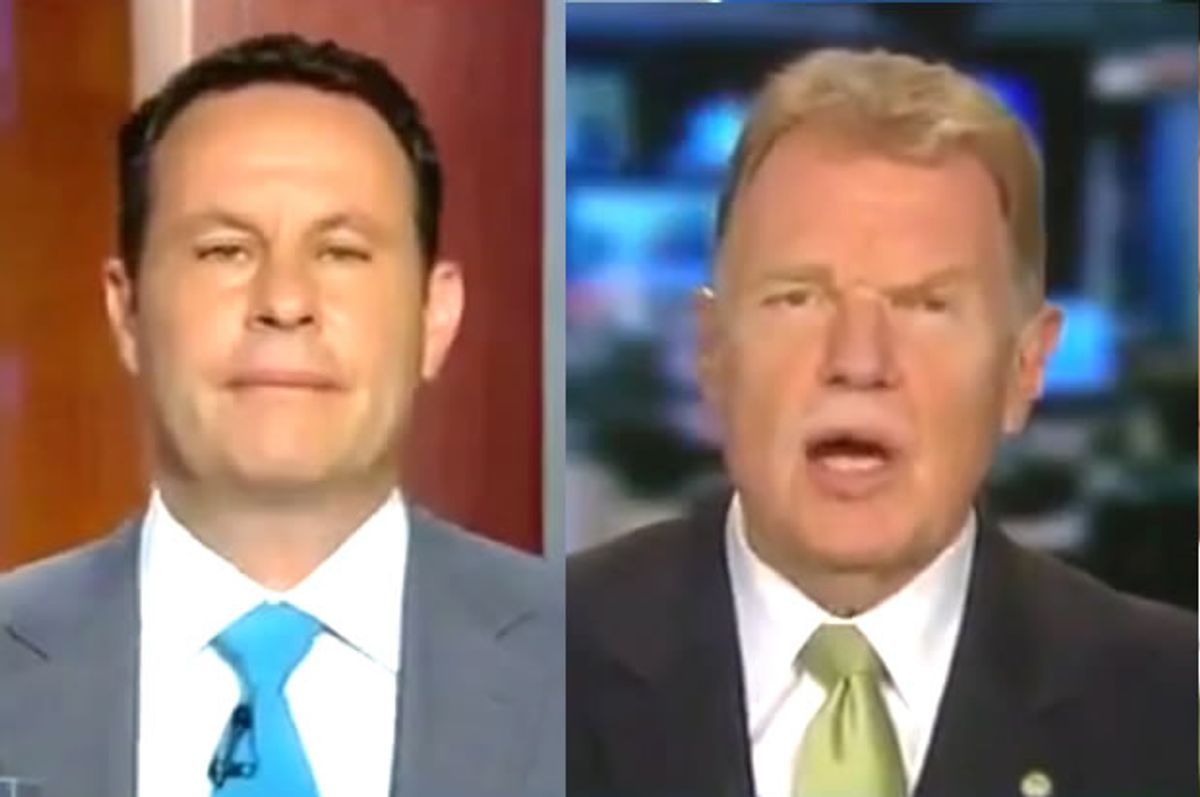 On "Fox & Friends" this morning, co-host Brian Kilmeade decided to celebrate 4/20 day the only way he knows how -- by encouraging an anti-legalization advocate to misrepresent the grave threat posed to society by marijuana.

In a segment titled "Going to Pot," Kilmeade spoke to David Murray, a senior fellow at the Hudson Institute who specializes in "drug policy" -- meaning that he frequently appears on Fox News to lend moral support to the dwindling few who don't believe the War on Drugs failed.

Kilmeade began by noting that there is "a new high coming from various forms of pot," then asked Murray what people should think of when they hear the word "skunk." Murray identified it as a new form of crossbred marijuana that is seven times more potent than "the marijuana of the Cheech and Chong days." He claimed that "skunk" contains 30 to 40 percent THC -- the intoxicating element in marijuana -- whereas the marijuana that was smoked in the 1960s only contained 3 or 4 percent.

"It's really getting people blasted and blitzed in a hurry,” Murray added. "It's widespread, coming largely out of Colorado and that market as new forms are appearing. And it really gets people loaded."

Kilmeade reminded the audience that he was speaking to Murray to "underline the fact that this is dangerous, more dangerous than you're being led to believe."

The pair also spoke about the dangers of consuming "edibles" -- food items infused with THC -- and "synthetics," which Murray said are "chemical contaminants sprayed on a leaf that's smoked."

"It's like putting Drano on your breakfast cereal," he added.

"States may be trying to legalize it," Kilmeade concluded, "but that doesn't mean the danger is diminished. There's still a lot of danger out there."

Watch the entire video captured by David Edwards at Raw Story below.