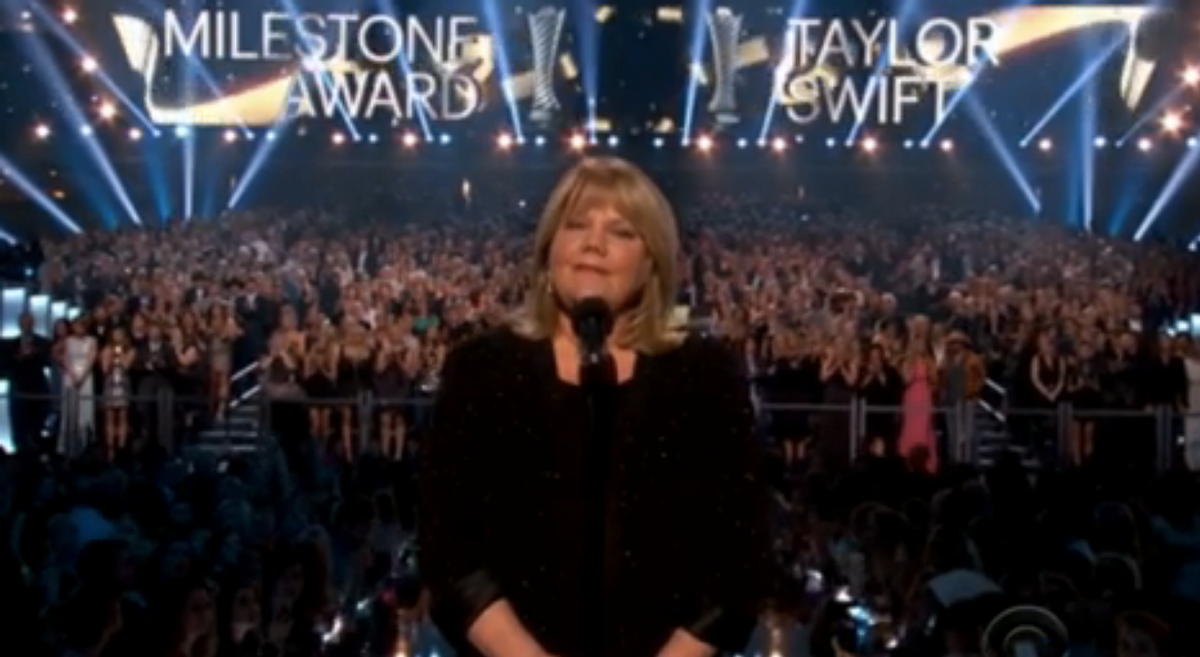 Earlier this month, Taylor Swift quietly announced that her mother, Andrea Swift, had been diagnosed with cancer in a tweet which redirected to her Tumblr page. She admitted that she felt a little uncomfortable making the announcement in such a public way but conceded in the post that the announcement would serve a larger and more utilitarian purpose for the general public.

Andrea Swift made her first public appearance since the announcement at the Academy of Country Music Awards in Arlington, Texas Sunday and tearfully presented her daughter with the Milestone Award.

"I've watched this milestone artist since she was a tangled-haired little girl growing up on our farm, full of imagination and creativity, until right now, as she prepares for her next world tour," Andrea said. "And ever since then, her favorite thing in the world to do has been to write a song, tell a story, play a guitar or a piano. And I've seen those things carry her through every emotion, every experience in her life — good or bad."

She continued: "For many years, I was her constant companion. And I witnessed a young girl with very few friends become one with many, learning to stand up for herself and the things she believes in. Being brave enough to explore her musical curiosity, having a voice against those who hate, and giving of herself to those in need."

Watch the full speech below via TIME: