The world generated 41.8 million metric tons of e-waste in 2014 alone 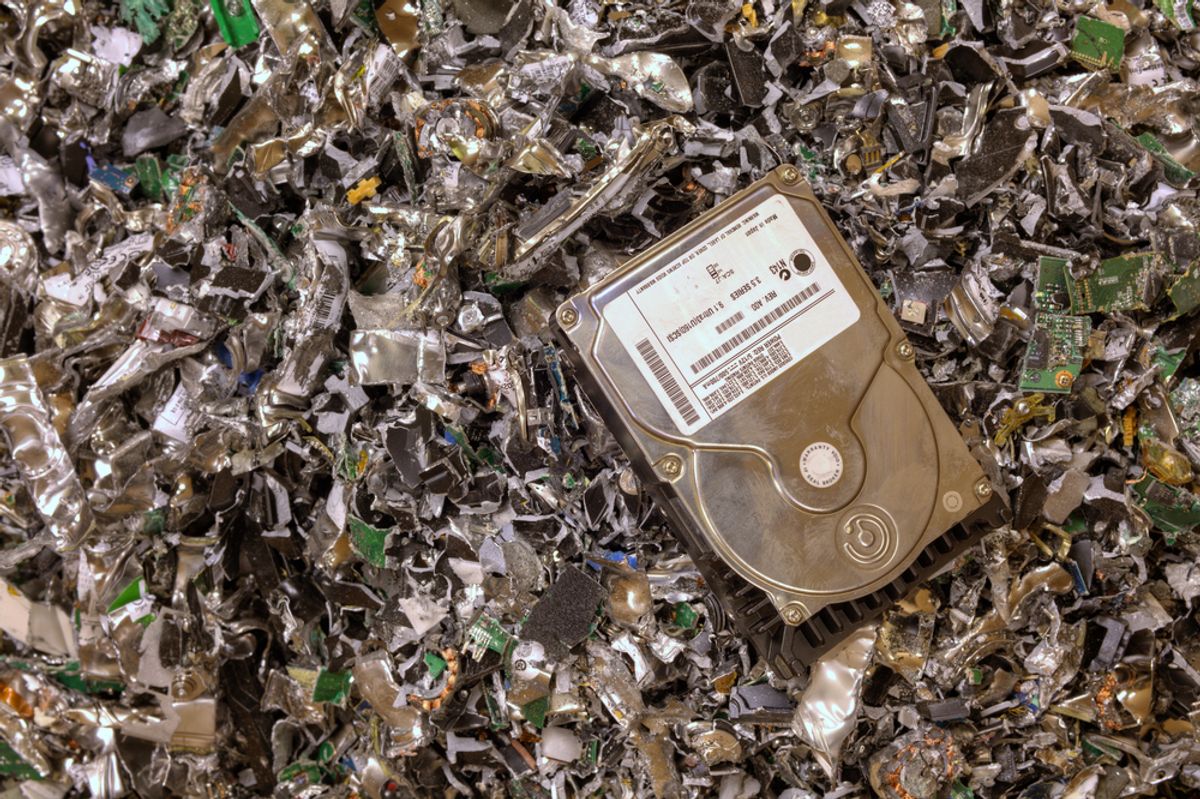 Humans generated an astounding 41.8 million metric tons (Mt) of electronic waste in 2014. And we recycled less than 14 percent of it.

A new report from the United Nations University puts new, shocking numbers on our growing production of "e-waste," which is defined as all electrical and electronic equipment, from cell phones to appliances, that's tossed away as trash. Figuring out what to do with these products, it stresses, is a massive problem for both developing and developed countries. And it's projected to get worse.

Here's the breakdown of our most recent year in e-dumping, according to UNU:

By 2018, the amount of e-waste is expected to surge 21 percent, to 50 million Mt, the report finds -- a product of the many new electronic products being sold coupled with their shortening lifespans. We're not building electronics to last, is the implication, and yet we've failed to come up with a sufficient strategy for dealing with outdated products once we've moved on to the next, newer model.

There are two ways of looking at these mountains of waste. One is as what UNU calls an "urban mine": The 2014 e-waste stream, according to the report, represents $52 billion in "potentially reusable resources," boasting 16,500 kilotons of iron, 1,900 kilotons of copper and 300 metric tons of gold -- equivalent to 11 percent of the world's total gold production in 2013.

But our e-waste can also be seen as what UNU calls a "toxic mine": it contains metals and chemicals that can leach into the environment from landfills. The report estimates that we discarded 2.2 Mt of lead glass, 0.3 Mt of batteries, along with mercury, cadmium, chromium, which are potentially carcinogenic, and are associated with other health problems like impaired mental development and liver and kidney development. It documented some 4,400 tonnes chlorofluorocarbon (CFCs), which harm the ozone layer, as well.

The U.S. and China combined are responsible for nearly a third of the world's e-waste, the report found, but the top per capita producers are wealthy European countries: Norway, Switzerland, Iceland, Denmark and the UK.. Often, though, it isn't the people generating the waste who face the biggest consequences: much of the e-waste created in wealthy nations is shipped oversees, in quantities large enough to transform Ghana into one of the most polluted places on the planet and Guiyu, China, into the world's electronic waste dump. The "crude and inefficient" techniques used in developing countries to extract resources from e-waste shipped from abroad pose additional dangers to workers and the environment.

Overall, according to the report, "the collection and state-of-the-art treatment of e-waste is limited, and most nations are still without such e-waste management systems." There is, moreover, "a large portion of e-waste that is not being collected and treated in an environmentally sound manner." Now that we have a better idea of just how much of this stuff we're dealing with, and can expect to have on our hands in the future, the question becomes how to put those needed systems in place.