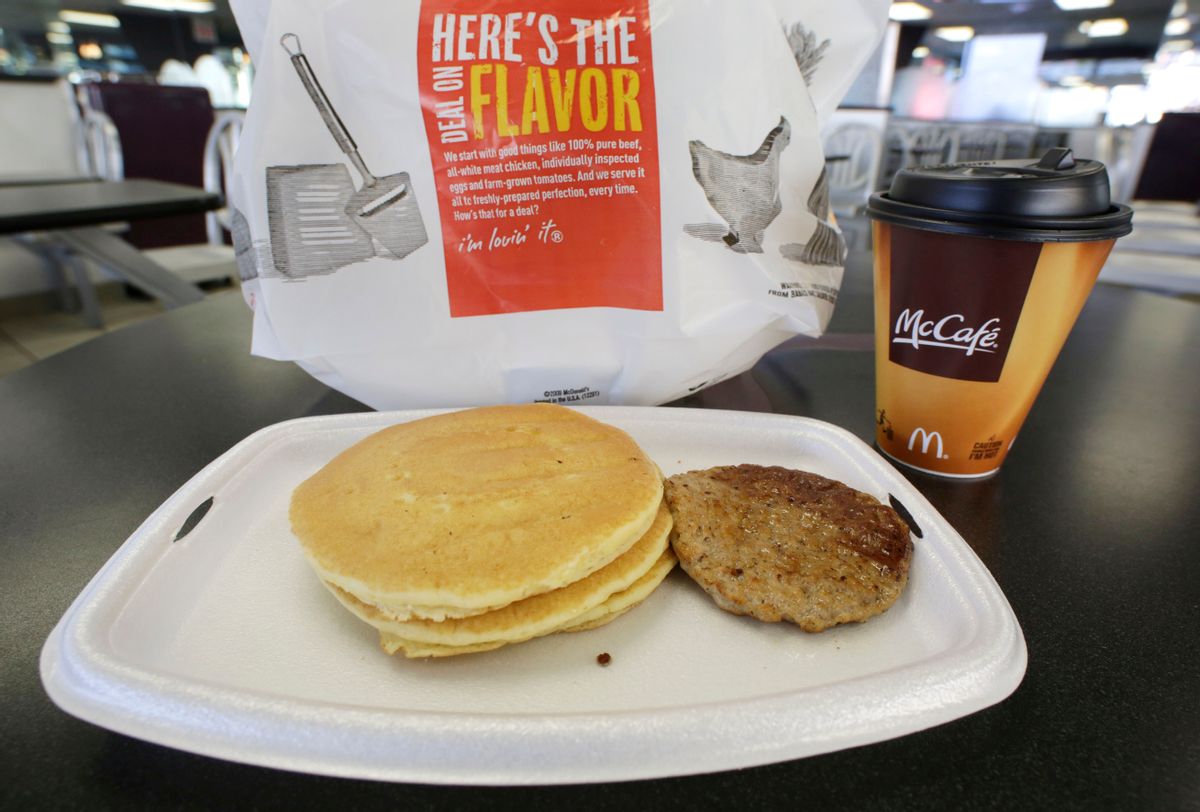 FILE - In this Feb. 14, 2013 file photo, a McDonald's breakfast is arranged for an illustration at a McDonald's restaurant in New York. After decades of complaints from customers that breakfast wasnt available past 10:30 a.m., McDonalds is testing an all-day breakfast menu in San Diego. If successful, its just one way the company could boost customer traffic. (AP Photo/Mark Lennihan) (AP)
--

1. PROSECUTORS DETAIL CAUSE OF CAPSIZING OF MIGRANT SHIP

They say the smuggler captain, 27-year-old Tunisian Mohammed Ali Malek, mistakenly rammed his boat into the Portuguese-flagged merchant ship that had come to its rescue.

Jeb Bush is preparing to delegate many of the nuts-and-bolts tasks of seeking the White House to a political organization that can raise unlimited amounts of cash.

Authorities describe the accused as friends in the state's Somali community who recruited and inspired each other and met secretly to plan their travels.

An autopsy shows the man suffered a "significant spinal injury" that led to his death — but how it happened is unclear.

The case stems from violence outside the presidential palace in December 2012, when Mohammed Morsi's supporters attacked opposition protesters, sparking clashes that killed at least 10 people.

Jurors are getting ready to hear evidence on what Tsarnaev's punishment should be — life in prison or the death penalty.

7. US COUPLE SENTENCED TO PRISON IN BALI SUITCASE KILLING

A routine remodeling project at the Dome of the Rock sparks a verbal holy war over the hilltop compound, which is revered by Jews and Muslims.

9. WHY MCDONALD'S IS STILL A POWERHOUSE

Rivals can only envy its massive reach, marketing power, the popularity of its breakfast menu and the new leadership.

Learning English, finding their way in a new country and dealing with dual pressures of pro sports present daunting adjustments for ballplayers arriving from the island.