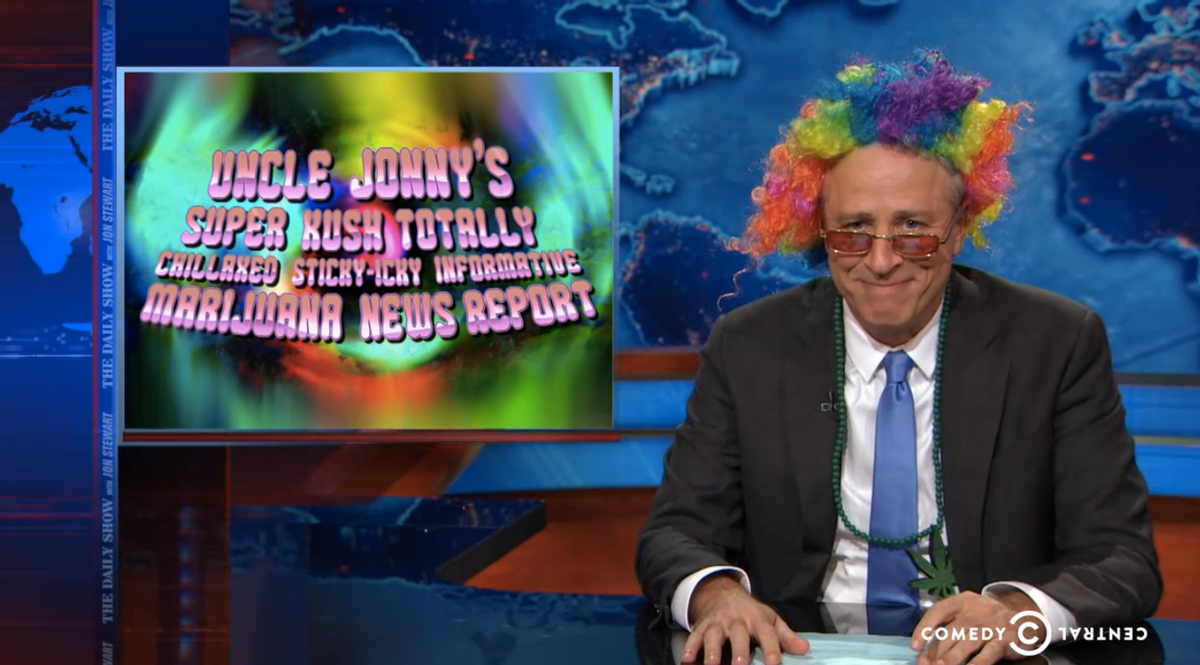 This year's 4/20 Buzzkill Award goes to Chris Christie, Governor of New Jersey -- and also, according to Jon Stewart, "Total Narc."

Stewart attempted to celebrate the pot holiday on Monday with a "super kush" and "totally chillaxed" segment but this quickly went sour when he brought Christie into the mix. The governor has spoken loudly and vehemently about allowing states to profit on the legalization of marijuana but has also, in the same breath, given Internet gambling his whole-hearted endorsement. Because, it's a different type of addiction.

"Let the man be ideologically consistent," Stewart joked, after playing a clip of a Christie interview in which he rails against America's "addiction problem." “There is a difference, to be fair,” Stewart continued. “You smoke too much pot, no one comes to break your f**king knees.”