The Tea Party will never understand the Constitution: What the right misses about its favorite document

GOP candidates constantly invoke the Constitution. A Yale Law professor reveals what they all fail to understand 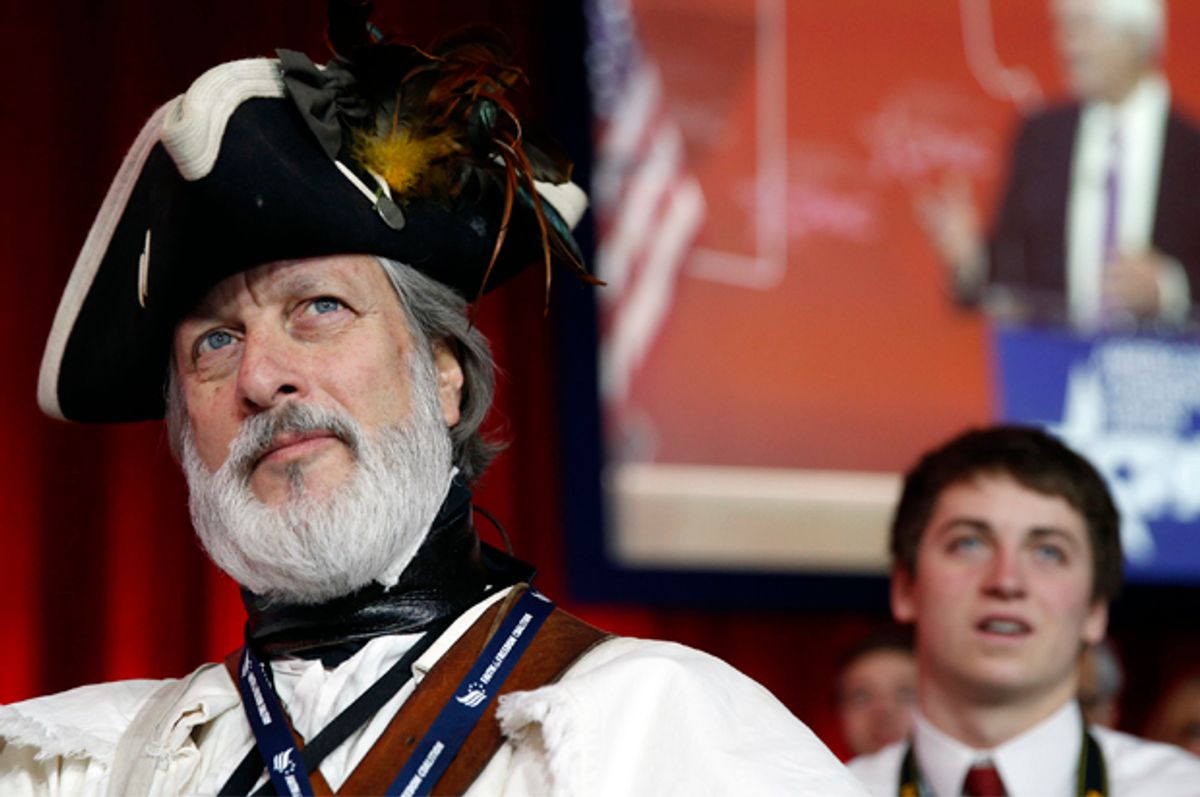 With the 2016 election cycle having kicked into first-gear already, any American who hasn't inured themselves to the monotonous (and often ultimately meaningless) repetition of the word "Constitution" is advised to get to self-desensitizing — and quick.

Sens. Rand Paul and Ted Cruz have already made a fetishized version of the U.S.'s supreme governing document central to their campaign rhetoric; and even politicians less beloved by the supposedly Constitution-crazy Tea Party, like Jeb Bush or Hillary Clinton, are likely to soon follow suit. That's how American politics functions now, in the era of the NSA, Guantanamo Bay, lethal drone strikes and endless war.

But as that list of questionable policies suggests, there's an unanswered question lurking behind so much of our happy talk about the Constitution — namely, do we even understand it? As dozens of polls and public surveys will attest, the answer is, not really. And that's one of the reasons that Yale Law School professor Akhil Reed Amar has decided to write a multi-book series about the Constitution so many Americans claim to love, but so few seem to understand. "The Law of the Land: A Grand Tour of our Constitutional Republic," released earlier this month, is that project's latest addition.

Recently, Salon spoke over the phone with Amar about the Constitution, his books, and why he sees Abraham Lincoln as perhaps the United States's real founding father. Our conversation is below and has been edited for clarity and length.

So this book is part of a larger, multi-book project on the Constitution. The first was a biography of the document, the second was about its "unwritten" provisions, and this is the third. What's your focus this time?

The third book in this project is a geographical slicing of the story; ours is a vast republic of massive diversity, and the Constitution looks a little different in different states and regions. I try to show all of that that through 12 stories ... each of which says something general about the United States Constitution but does so through the window of a particular state. It discusses a person or an idea or a case or an event particularly associated with that region that also casts light, more generally, on our Constitutional project.

So how did what you call "brute geography" influence the way we understand the Constitution today?

The very breadth of the American landmass and its distance from the old world were huge elements in the American founding and in the Civil War experience. The idea of creating an indivisible union in the 1780s, the idea of forming a more perfect union, was an idea powerfully influenced by these two geographic factors: a wide moat between the Old World and the New World (known as the Atlantic Ocean) would be able to protect Americans from Old World tyranny in the same way the English Channel protected Britain from much of the militarism of the European Continent...

But in 1787, as Americans looked around the world, they saw that Britain was free, and Britain was free because England and Scotland had merged, had formed an indivisible, perfect union that would protect liberty because they had gotten rid of land borders on the island and only needed a navy to protect themselves. That worked for England and that would work for America even better, because we'd have an English Channel times 50.

This will become manifest destiny and the Monroe Doctrine; we'll control our hemisphere and we'll be protected from Europe ... Our Constitution largely succeeds because there's no major standing army in peacetime for most of American history, and that fact is created by some brute geographic realities.

I'm speaking to you now right around the 150th anniversary of Lincoln's assassination. He looms very large in your book; you describe him in some ways as almost prophetic. What made Lincoln's understanding of the country and the Constitution so profound?

I begin the book with Lincoln because he transformed the Union. He saved it and transformed it and ... his story was very much influenced by, literally, where he came from. He has a vision of the Constitution that's very much influenced by Illinois, in particular, and by the Midwest more generally. He comes from a part of the country that was the Northwest Territory, that was always free soil even before the Constitution, and he has a very free-soil vision.

The language of the 13th Amendment is borrowed, word-for-word, from the language of the Northwest Ordinance. Lincoln thinks that the nation created the states, which, of course, Robert E. Lee ... could never buy into. Robert E. Lee would say that the states created the Union; but the Midwest [perspective] would say ... before Illinois was a state, it was a territory; the Union created these new states out of nothing. That's a very Midwestern perspective on the Constitution.

But Lincoln was never a judge nor a constitutional scholar. He was a politician.

The two most important constitutional decisions ever are Lincoln's decision to resist [the South's] unilateral secession, and Lincoln's decision to issue the Emancipation Proclamation, which would lead to an end of slavery — that is transformative, and Lincoln made those decisions unilaterally as president. Had these issues reached the U.S. Supreme Court, controlled as it was [during Lincoln's time] by Roger Taney, a fierce opponent of Lincoln, the Court might very well have tried to invalidate Lincoln's projects.

We live in a Constitution utterly transformed by the 13th, 14th, and 15th amendments, and we would have none of those but for Lincoln.

Lincoln aside, though, you also argue that geography has played a big role in the Supreme Court — which, of course, is supposed to be the chief interpreter of the Constitution. How did geography influence the Court's history?

Let's take the most infamous judicial ruling of all time, the Dred Scott decision of 1857. It emerges from a Supreme Court that's profoundly malapportioned: five of the nine justices on the Dred Scott court come from the slave-holding South, even though only a third of the population lives in that region.

If we view the Constitution and American history with more of a focus on the role played by geography, what are some the implications for U.S. politics today and in the near-future?

One of the things I'm trying to tell you in this book is how we can see presidential elections and our political polarization in new ways if we're attentive to states and regions.

Our parties are polarized geographically; that this is not the first time that's so (early on, it was the South against the North; Jefferson against Adams). The geographic alignment is remarkably similar to the geographic alignment in Lincoln's time with this interesting twist: the Democrats have become the party of the North and the coasts and the Republicans have become the party of the former Confederacy. The parties have basically flipped, but it's the same basic alignment...

One of the other big things I want you to see is how regions and states are hugely important in, for example, presidential politics. I talk about the significance in this book, in particular, of Ohio and Florida in the Electoral College and also of Texas. Is it a coincidence that Marco Rubio comes from Florida? That Jeb Bush is the governor of Florida who was born in Texas and whose father and brother had their political bases in Texas? That Rand Paul was born in Texas and his father ran for president from Texas? That Ted Cruz is from Texas? That Rick Perry is a former governor of Texas?