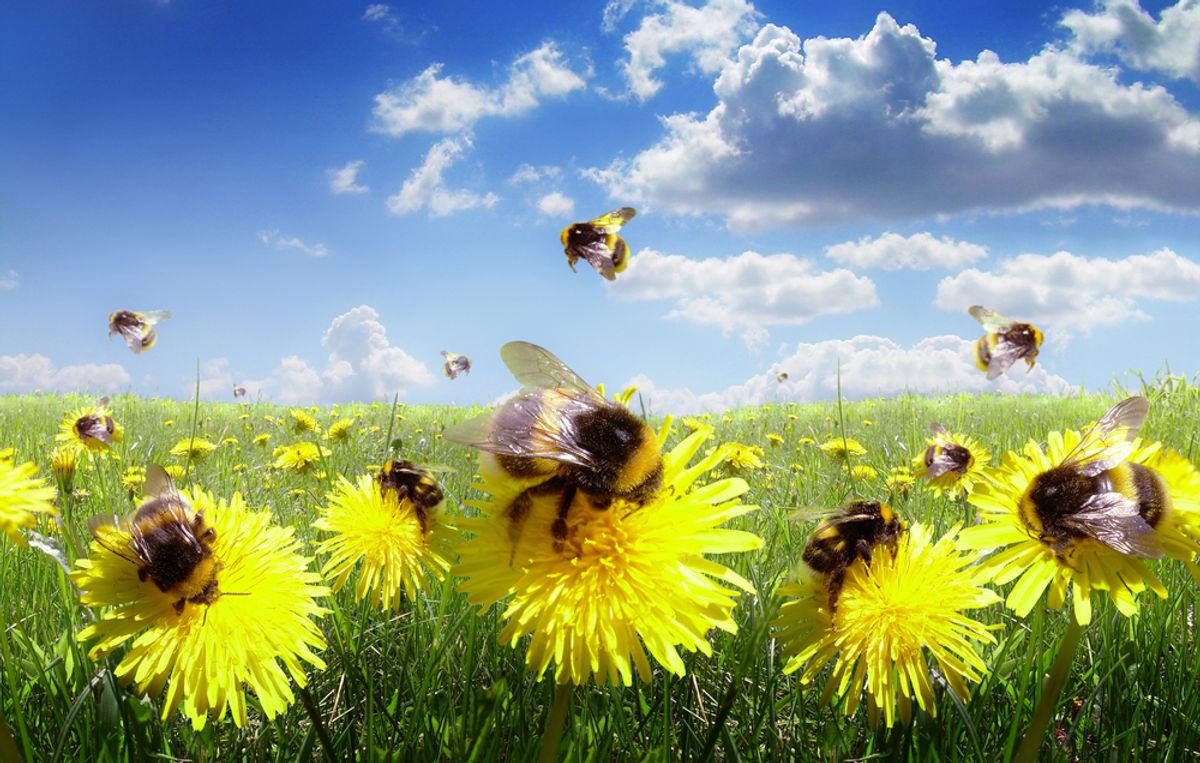 The journal Nature is out with a one-two punch of studies that carry bad news for our besieged bee populations.

The first finds strong evidence that the class of insecticides long suspected to be harming the pollinators is indeed affecting the growth and reproductive abilities of wild bees. And the second finds that bees are getting hooked on the chemicals, and actively seeking them out.

This is far from the first study establishing a likely connection between the insecticides, known as neonicotinoids, and bee well-being. Previous research has established that the chemicals, which have been placed under a temporary moratorium in Europe until more research can be done, can have neurological effects, like messing with bees' ability to locate their hives and diminish their capacity to produce new queens, among other impacts. The new study adds to the conversation by studying how impacts seen in the lab are replicated in the field. Researchers looked at 16 rapeseed fields in Sweden, half of which used seeds that had been treated with neonicotinoids, and half of which had not. Populations of wild bees -- bumblebees and solitary bees -- surrounding the treated fields, they found, were nearly half as dense. Bumblebees exhibited slower growth rates and produced fewer queens, while the female solitary bees failed to reproduce.

Honeybees fared far better -- on a population level, they didn't seem to be impacted but the neonicotinoids. The researchers say that could be a function of their larger, more resilient colonies. But that, too, is cause for concern: the researchers point out that most of our lab studies on pesticides' effects are conducted on honeybees, meaning we could be missing the impact they're having on other species.

This matters more than ever, because the second study makes clear that bees aren't going to avoid these dangerous chemicals on their own -- as some have suggested they might. Researchers presented bumblebees and honeybees with a choice between two treats: sugar water, and a sugar solution containing low doses of bitter neonicotinoids. The bees didn't seem able to taste the difference, but they kept coming back for the chemical-laced option. The bumblebees, which we now know are specifically harmed by neonicotinoids, seemed particularly partial to them.

Why would bees be attracted to a chemical that negatively affects their motor functioning? Basically, the researchers say, they're getting buzzed.

"Neonicotinoids target the same mechanisms in the bee brain that are affected by nicotine in the human brain," lead author Geraldine Wright explained in a statement. "The fact that bees show a preference for food containing neonicotinoids is concerning as it suggests that like nicotine, neonicotinoids may act like a drug to make foods containing these substances more rewarding."

Everyone's cautioning that more research needs to be done before we can say that bees are getting addicted to the insecticides, but the evidence is piling up that they're causing the insects harm. The EPA, at long last, admitted as much earlier this month, when it announced a moratorium on the future manufacture and use of neonicotinoids -- now, the pressure's on to consider more fully whether we should be using these chemicals at all.