Bill O'Reilly's ludicrous Supreme Court demand: "These ladies have to recuse themselves" from gay marriage case 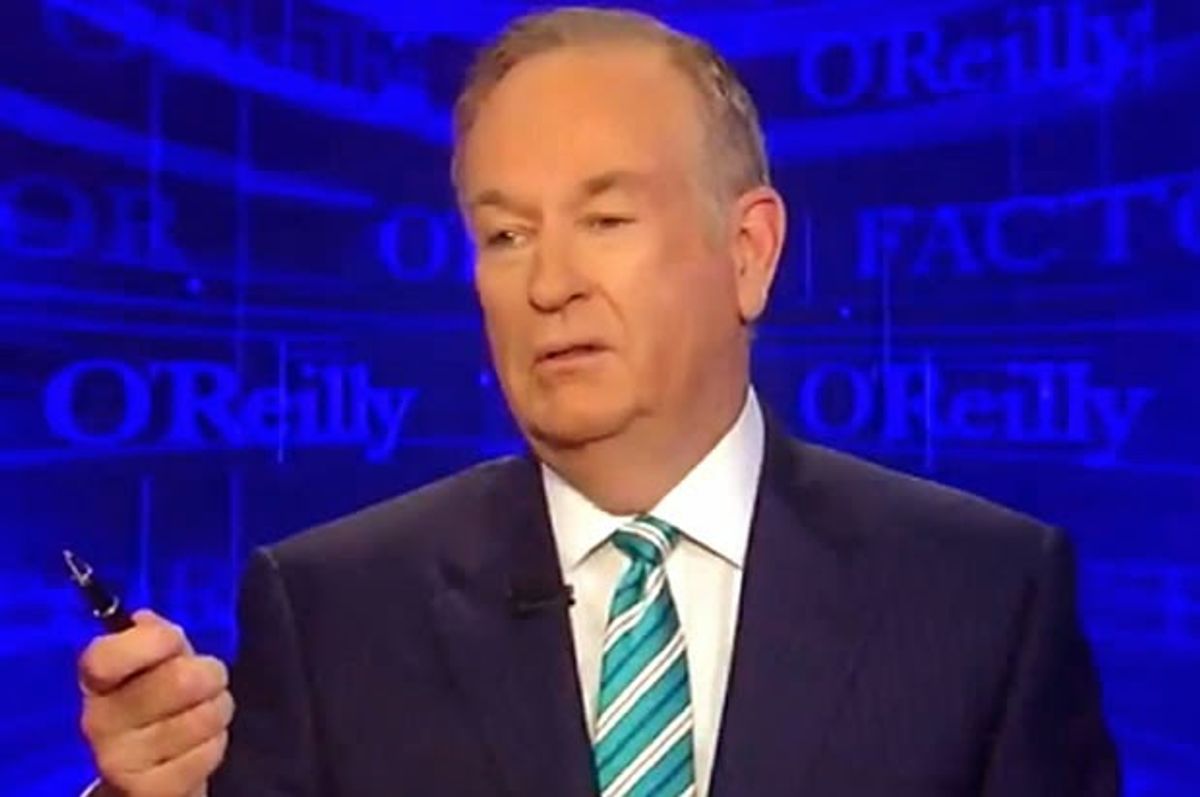 O'Reilly explained that "these ladies" have no choice but to recuse themselves, because "the Supreme Court is supposed to be an incorruptible institution" and Ginsburg and Kagan have performed gay weddings. He did not, however, demand that the three justice who have performed straight weddings recuse themselves, even though -- by his logic -- their behavior suggests they already have a strong opinion about and abiding investment in the legitimacy of straight marriage.

The difference could be, as Fox News legal analyst Kimberley Guilfoyle told O'Reilly, that Ginsburg and Kagan were "going out of their way to perform same-sex marriages," decisions that call into question their impartiality on the subject of gay marriage.

The other Fox News legal analyst in the segment, Lis Wiehl, told O'Reilly that neither judge is required to recuse herself, because "they have never stated their views on the fundamental fact that the Court has to decide on -- which is whether the state can ban or prohibit gay marriage."

All Ginsburg and Kagan have done in officiating the same-sex ceremonies is "express a personal view," and both judges are too smart to allow such a view to determine whether they believe something is a constitutional right.

An incredulous O'Reilly replied that if they're performing gay marriages already, there is no way they won't rule that it should be legal. "This is more than personal belief," he said. "They acted on it."

Wiehl responded by saying that just because she likes ice cream doesn't mean she believes everyone should have a constitutional right to have ice cream, but O'Reilly and Guilfoyle were having none of it. "Is there a reasonable basis to believe that their impartiality could be called into question?" she asked.

Watch the "Is It Legal?" segment of "The O'Reilly Factor" via Media Matters for America below.