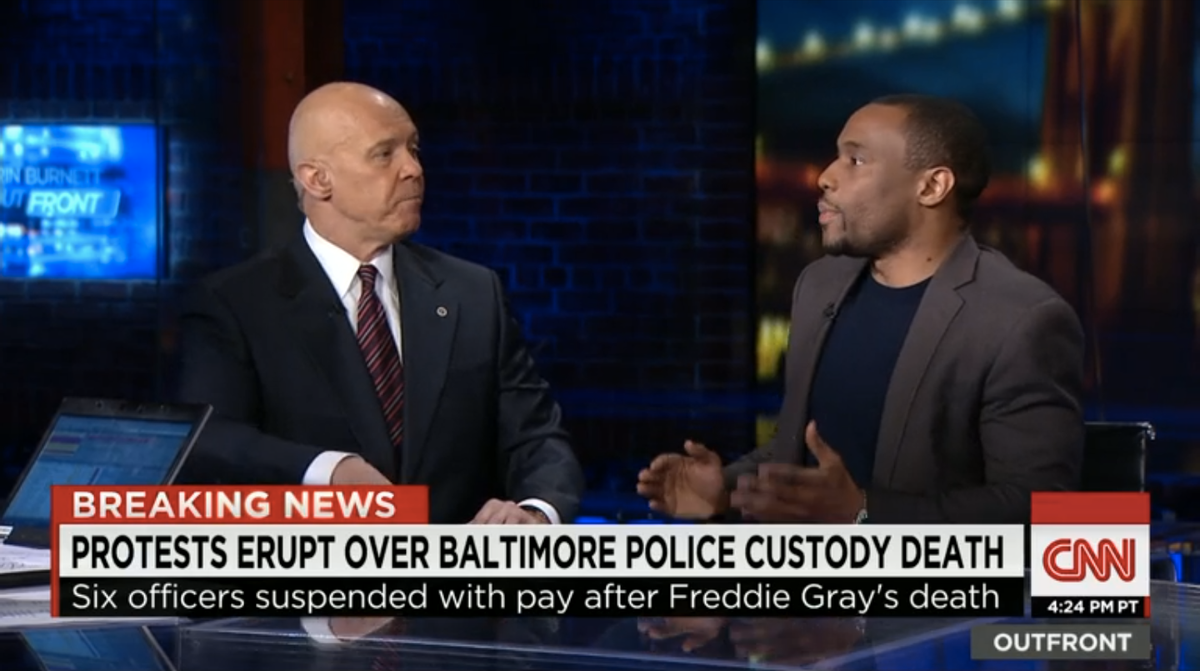 On Tuesday evening's edition of "Out Front with Erin Burnett," CNN political commentator Marc Lamont Hill got into a shouting match with ex-NYPD detective and frequent television news guest Harry Houck. The two discussed the recent deaths of Freddie Gray, who died in police custody in Baltimore, Md., and Walter Scott, who was shot by Officer Michael Slager in Charleston, S.C.

"There is no indication that race is involved at all," Houck insisted. "It is a black neighborhood, high crime neighborhood. What are they gonna go around looking for white guys to stop when there's none there? I mean come on."

"Even if everyone's black, you can still just not abuse them!" Hill said. "You don't find it curious that in high crime white neighborhoods this stuff doesn't happen with the level of regularity--"

"Of course it does, we just don't hear about it."

"White guys aren't just turning up dead from police at the same rate that black people are!" Hill responded. "I'm looking at the trail of dead black people at the hand of law enforcement!"