"This election is going to boil down to 'who do you trust to pick up the phone at 3am and RSVP to a gay wedding?'" 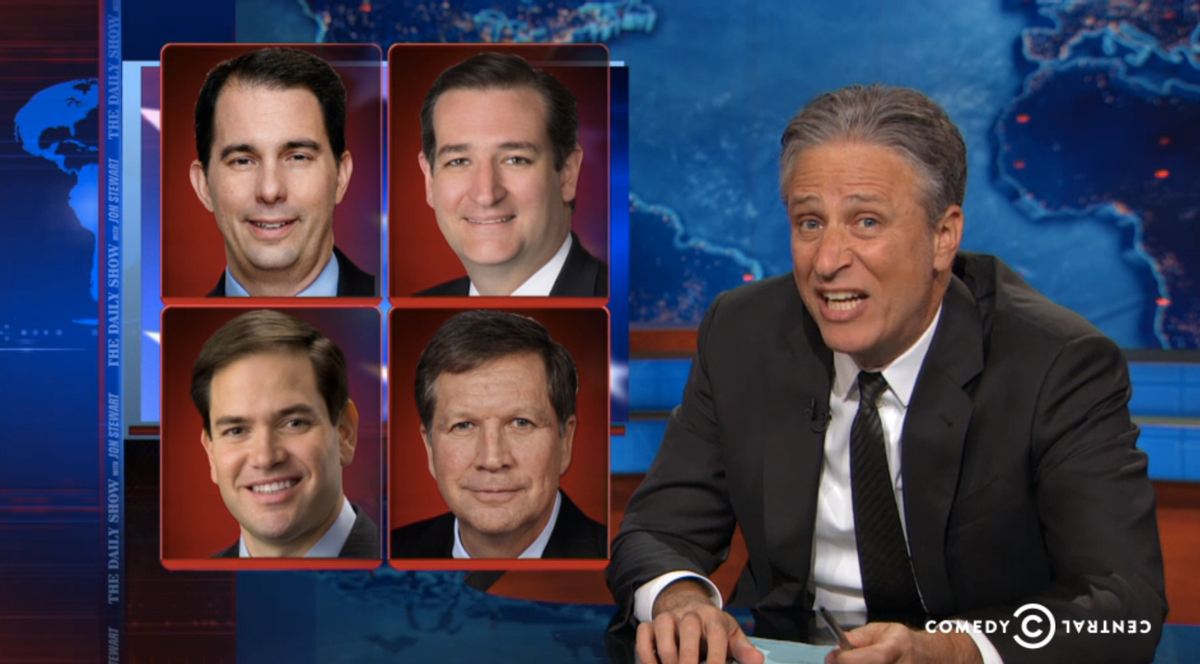 Republican presidential hopefuls are being asked the same question again and again and again by the media: "Would you, personally, attend a gay wedding?" You'd think, by now, their answers would come with a bit more polish. Not quite.

Jon Stewart spent Tuesday night's "Daily Show" ripping the GOP candidates' responses to the question which, as he quipped, will be crucial in an election which "is going to boil down to 'who do you trust to pick up the phone at 3 am and RSVP to a gay wedding?'"

Stewart referenced Santorum's hilarious episode in 2011 in which he went "all metaphysical" and compared legalizing same-sex marriage to napkins vs. paper towels. This rhetoric simply wouldn't fly in 2016 races with the dialogue-shift from "would you legalize?" to "would you attend the wedding?," Stewart observed.  Most recently, the former senator declared he would not attend a loved one’s same-sex wedding-- but he would “love and support” them, for what it's worth.

Sen. Ted Cruz (R-TX), on the other hand, has expressed outrage over the "gay wedding" question being thrown around, telling Hugh Hewitt that the media is making the issue "a battle of emotions in personalities."

“If you can’t handle these questions, how are you gonna handle Putin asking you to go to a gay wedding?” Stewart asked.