Oh no, my favorite band is a girl band! A refresher on how not to write about women in rock

Because the opposite of "a girl band," apparently, is just "a band" 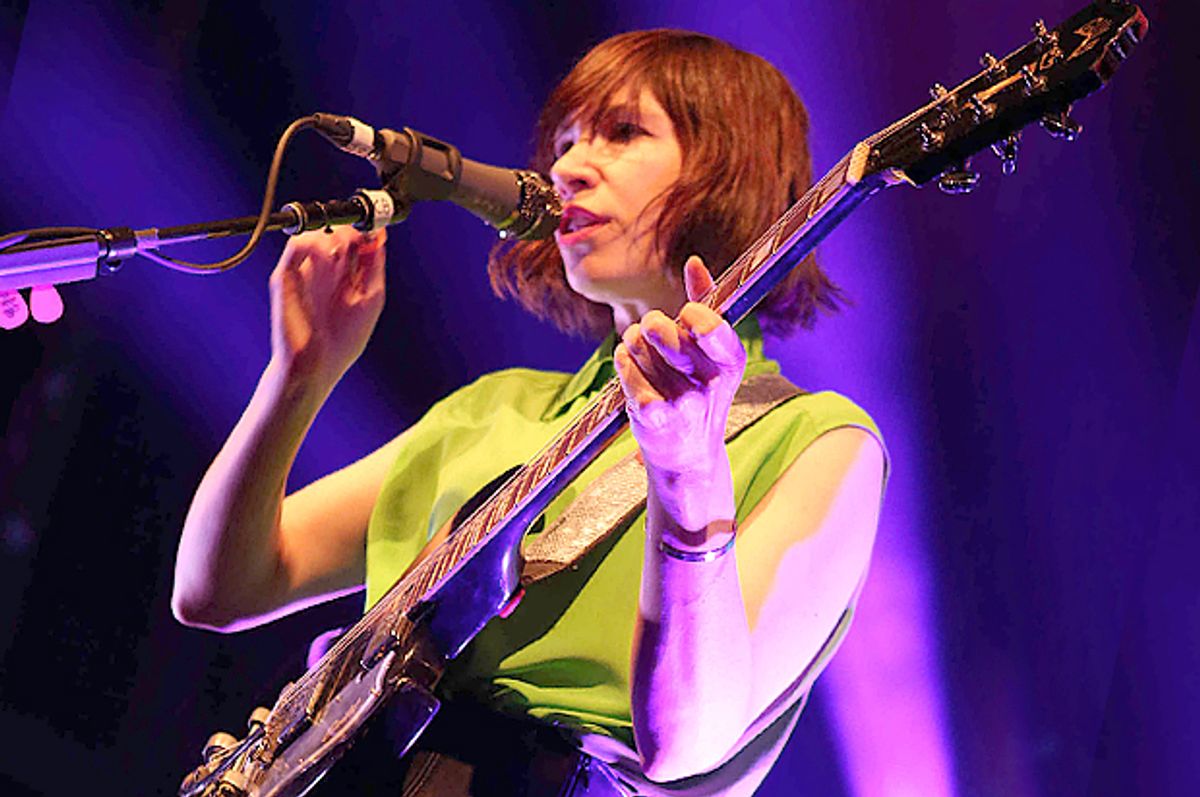 Several years ago, then-Village Voice music editor Maura Johnston wrote a piece called "How Not to Write About Female Musicians: A Handy Guide." Inspired by, among other things, a New York Times profile of Lana Del Rey, the guide outlined several succinct questions all writers "should ask themselves before hitting 'send' on their next piece about a woman making music." Johnston's piece has had quite a long tail, perhaps because the same things she cautions about in the article keep popping up in music writing. A Billboard review of FKA Twigs' Coachella set received criticism for leading with the inventive U.K. hip-hop/R&B artist's significant other (actor Robert Pattinson) and emphasizing sexualized physical descriptions over those of her music. Jezebel ran a post scornful of an image-focused live review of a St. Vincent show in her Dallas hometown.

And just last week, the Raleigh-based Indy Week ran an article with the unfortunate online title "What it's like to be a grown man whose favorite band is three women." (The print headline wasn't much better: "Male model.") The first-person narrative--written by a self-described "31-year-old balding male"--hinged on the idea that it was novel to be a man who loves Sleater-Kinney. Although the article championed the group's musical prowess ("I came to Sleater-Kinney because they were the best band I'd ever heard"), the tone of the piece was curiously defensive about the fandom -- perhaps because, as the author put it, "someone will occasionally say it's strange for me, a straight white male, to be so enamored with a 'girl band,' a pair of words that say very little."

Indeed, the article's reliance on stereotypes was an insult to Sleater-Kinney's many male (and male-identifying) fans, many of whom aren't sheepish about or don't feel the need to justify liking the band. More troubling, the piece's actual assertions undermined its very existence. The author went out of his way to assure that "gender was never a motivating factor in my discovery or embrace of Sleater-Kinney, even though it is essential to their perspective and legacy," and he downplayed the fact that the members of the band are women: "It's just that my favorite musicians happen to be female." In the end, he was just a fan of the band, enthusiastically sharing why he liked them. Really, this is the type of supporter Sleater-Kinney should want: gender-blind and enthusiastic about their mad skills.

However, the way the piece was framed--that a guy admiring Sleater-Kinney is newsworthy--sabotaged its sincere premise. It's also profoundly disappointing: If the tables were turned, would the article have even been commissioned? After all, "What's it like to be a grown women whose favorite band is three men" feels about as interesting to read as watching paint dry. Unintentionally, the piece ends up as another tiring addition to the canon of music writing that treats women artists as curiosities. This is a pronounced and disheartening trend that's especially evident if these artists don't fit any preconceived mold or easy categorization. A woman onstage playing a musical instrument is still often considered a novelty, something worth singling out because it's so different. The overall effect is that women are treated almost like mascots rather than complex, challenging artists.

On some level, this perception is exacerbated by how women are often described in the media: segregated in "Women in Rock" special sections, pigeonholed as being one of the "Hottest Chicks in Hard Rock" or simply sexually objectified. But on another level, this mind-set is also a function of women's visibility (or lack thereof) in dominant music conversations. Festivals such as Coachella, Reading and Bonnaroo have come under fire for predominantly booking male artists. Bro-heavy electronic music culture has a similar problem: Female DJs and producers are seriously un(derre)presented at clubs and festivals. The upcoming iHeartRadio Country Festival skews male-heavy. And although rock radio welcomes acts such as Of Monsters & Men, Florence & the Machine, Echosmith and Paramore--all of whom are fronted by or feature women--the genre itself has mostly calcified into a boys' club in the years since the '90s alternative nation heyday.

A dearth of women artists in the popular consciousness is pernicious. Not only is having a diversity of perspectives valuable as a means to inspire creativity, it normalizes the idea that varied viewpoints can coexist peacefully and induce positive friction. When women aren't perceived as influential, capable or important parts of the discussion, it's far too easy for them to be portrayed as an "other," separate and apart from the main musical conversation. In turn, that makes it easier to diminish their voices and talents, creating a vicious cycle that does nothing to remedy the idea that women artists are unicorns. Of course, even pop music, a genre that was dominated by women in 2014, isn't immune to its own challenges: Artists are often seen as puppets of their collaborators (even if they write or co-write their own music or play an instrument) or are viewed as one-dimensional caricatures.

Certainly there are exceptions. For example, Sia's poignant, powerful live appearances underscore that she's carving out a high-profile career completely on her own terms. Having her elaborate, abstract performances on shows such as "Saturday Night Live" feels like she's reclaiming being an outlier; she's a Top 40 infiltrator who's subverting norms from the inside. And if there's a silver lining to this other-ness, it's that women on the fringes continue to make incredible, moving music: This year alone, we've heard Bjork's divorce-and-rebirth song cycle, Waxahatchee's breathtaking punk-folk leap forward, Courtney Barnett's fuzzed-out rock and Natalie Prass' soulful country-folk.

Things aren't necessarily better in more underground punk circles, where sexism and misogyny persist, and it's been noted elsewhere that indie rock has its own issues to confront. At least the democratizing power of the Internet means that it's easier for women artists to appear in front of larger audiences; musicians aren't dependent on mainstream gatekeepers for approval or attention. Still, it's disappointing that in 2015, we're still having variations on the same discourse about women in music, a topic countless writers have tackled ad nauseam for decades now. Yet it's vital to keep having these conversations, because staying silent tacitly downplays the importance of having an equal--not separate-but-equal--playing field.