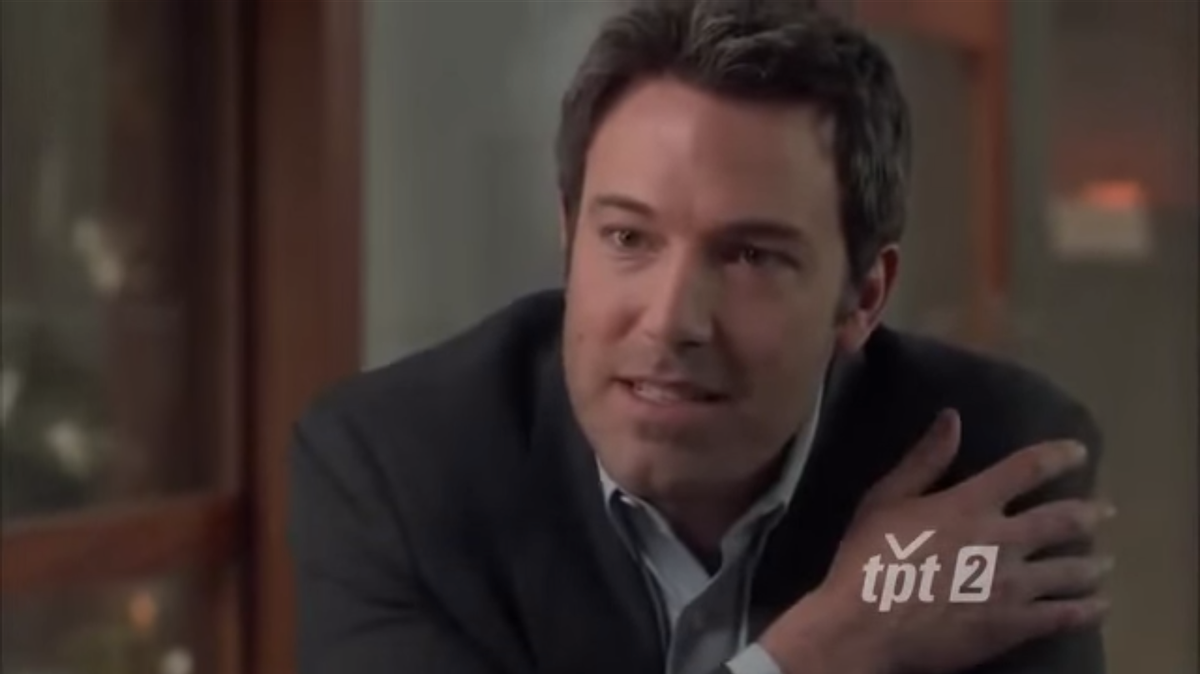 Ben Affleck's participation in PBS' show "Finding Your Roots" has been largely sullied, after a leak of Sony emails revealed that Affleck had heavily pressured PBS and Henry Louis "Skip" Gates, Jr., the host and producer of the show, to take out the portion that revealed one of Affleck's ancestors owned slaves.

On Tuesday evening, CNN revisited a portion of Affleck's episode, which aired in 2014, that features the star doing impressions of Morgan Freeman and Denzel Washington, speaking glowingly of his mother who marched for civil rights and being an all-around great guy. The series did include a section in which Affleck excitedly learns that one of his ancestors fought in the Revolutionary War -- information that is made all the more awkward considering what information was left out.

The episode is even more problematic when one considers the other  guests -- actor Khandi Alexander and civil rights activist Ben Jealous -- two people who comes from families still struggling from the aftermath of slavery and hundreds of years of oppression. Meanwhile, Affleck is permitted to assume the role of proud white guy, descendant of heroes.

"It makes me feel a little more connected to the history of this country," Affleck says in the clip. Yeah, we bet!

Affleck has since posted an apology to his Facebook page.

"I didn't want any televisions how about my family to include a guy who owned slaves. I was embarrassed. The very thought left a bad taste in my mouth," he wrote.

"Skip decided what went into the show," he continued. "I lobbied him the same way I lobby directors about what takes of mine I think they should use. This is the collaborative creative process... Skip agreed with me on the slave owner but made other choices I disagreed with. In the end, it's his show and I knew that going in. I'm proud to be his friend and proud to have participated."

Watch the full episode here, queued up to the pertinent section: