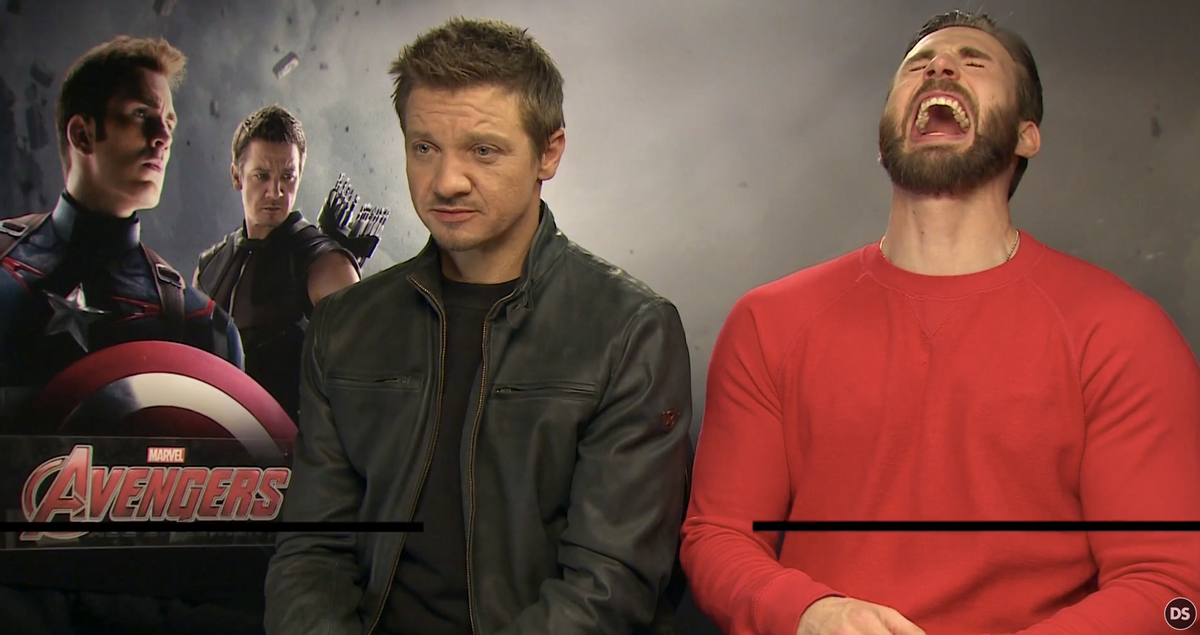 UPDATED: Both actors have issued a formal apology to Entertainment Weekly for their comments.

Jeremy Renner: “I am sorry that this tasteless joke about a fictional character offended anyone. It was not meant to be serious in any way. Just poking fun during an exhausting and tedious press tour.”

Chris Evans: “Yesterday we were asked about the rumors that Black Widow wanted to be in a relationship with both Hawkeye and Captain America. We answered in a very juvenile and offensive way that rightfully angered some fans. I regret it and sincerely apologize.”

The latest "Avengers" press tour is shaping up to be much more gripping than any of the Marvel franchise's actual movies. But not quite for the reasons a publicist might hope for. Yesterday, a video surfaced of Robert Downey Jr. walking out of a Channel 4 News interview after being badgered about his drug-filled past. Today, we've been handed some cringe-inducing footage of Chris Evans and Jeremy Renner joshing around about Scarlett Johansson's character Black Widow. "She's a slut!" Renner says, when asked about his thoughts on the character. Chris Evans howls with laughter, explaining that he was thinking the same exact thing. "Complete whore!" he adds. "Just flirtin' with everyone. Leading 'em on."