Affleck's third great-grandfather was a slaveowner in Savannah, Georgia 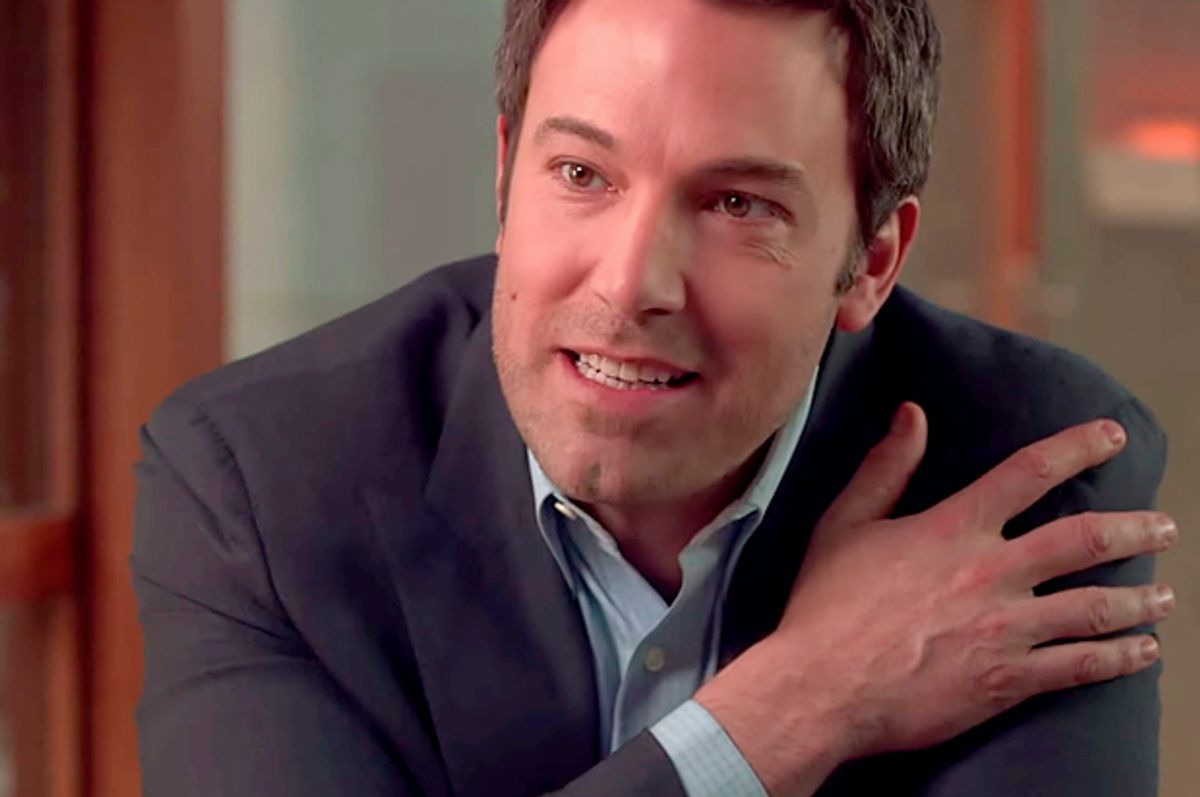 Recently it emerged that Ben Affleck was part of a misguided campaign to sanitize his family’s past in a segment of the PBS celebrity genealogy show "Finding Your Roots.” Among the hacked Sony documents released by WikiLeaks last week was an email from Henry Louis Gates Jr., host of the program, to his friend, Sony CEO Michael Lynton, revealing that a guest (later referred to as "Batman") had requested to have his slave-owning ancestor eliminated from the final broadcast version of the program.

Despite Gates' misgivings -- and the fact that censoring the segment would violate PBS rules --when the program aired in October, there was no mention of Affleck’s slave-owning ancestor.

After media got wind of the incident, Gates released a statement explaining that the portion was cut because he wanted to focus on “the most interesting aspects of his ancestry” and adding that “ultimately, I maintain editorial control on all of my projects and, with my producers, decide what will make for the most compelling program.”

Affleck, meanwhile, posted a (half-hearted) apology on his Facebook page, saying the thought of having a show about his family include slave-owners "left a bad taste in my mouth,” and expressing his regrets over the censorship. "We deserve neither credit nor blame for our ancestors and the degree of interest in this story suggests that we are, as a nation, still grappling with the terrible legacy of slavery," Affleck wrote. "It is an examination well worth continuing. I am glad that my story, however indirectly, will contribute to that discussion. While I don't like that the guy is an ancestor, I am happy that aspect of our country's history is being talked about.”

Yesterday, Gawker obtained a copy of the "Finding Your Roots" script from last April which includes the segment about Affleck’s slave-owning ancestor -- and it’s not overly-shocking by American history standards. In it, Gates reveals that Benjamin Cole, Affleck’s third great-grandfather, a wealthy Savannah, Georgia landowner, owned 25 slaves. Here’s Affleck’s response, and the back and forth that follows:

AFFLECK: God. It gives me kind of a sagging feeling to see, uh, a biological relationship to that. But, you know, there it is, part of our history.

GATES: But consider the irony, uh, in your family line. Your mom went back fighting for the rights of black people in Mississippi, 100 years later. That’s amazing.

AFFLECK: Yeah, it is. One of the things that’s interesting about it is like we tend to separate ourselves from these things by going like, you know, oh, well, it’s just dry history, and it’s all over now, and this shows us that there’s still a living aspect to history, like a personal connection. By the same token, I think it’s important to recognize that, um, in looking at these histories, how much work has been done by people in this country, of all kinds, to make it a better place.

PBS and WNET are currently conducting an internal review to discover whether the information was removed at Affleck's behest, which would be a violation of PBS' broadcasting standards. Based on the documents Gawker acquired, which shows changes to the script as late as August, if Gates was "making an independent editorial decision based on quality alone, it came extremely late in the process."

Interestingly, the Gawker piece also revealed that the cuts forced Gates to change the framing of the program. The introduction to the episode -- which also featured segments on actor Khandi Alexander and civil rights activist Ben Jealous -- initially served to highlight one of the unique contradictions of the American experience:

"THEIR ROOTS HIGHLIGHT A UNIQUELY AMERICAN PARADOX: EACH DESCENDS FROM A PATRIOT WHO FOUGHT FOR OUR NATION’S INDEPENDENCE—BUT EACH ALSO DESCENDS FROM AN ANCESTOR WHO OWNED SLAVES. "

Post-Affleck intervention, it was changed to this much less interesting line:

"THEIR ROOTS LEAD TO ANCESTORS WHOSE LIVES WERE SHAPED BY THE TWO DEFINING WARS IN OUR NATIONS HISTORY. THE AMERICAN REVOLUTION AND THE CIVIL WAR."

The irony is that Affleck's story -- of descending from slave owners, then having his mother march for civil rights a few generations later -- is actually a much more profound American narrative, and a compelling illustration of this country's complex relationship to issues of race and equality. By attempting to cover up his family's full story, Affleck is doing himself a disservice not just to us, but to himself.