"When the process is rigged," she told Rachel Maddow, "the outcome's likely to be rigged too" 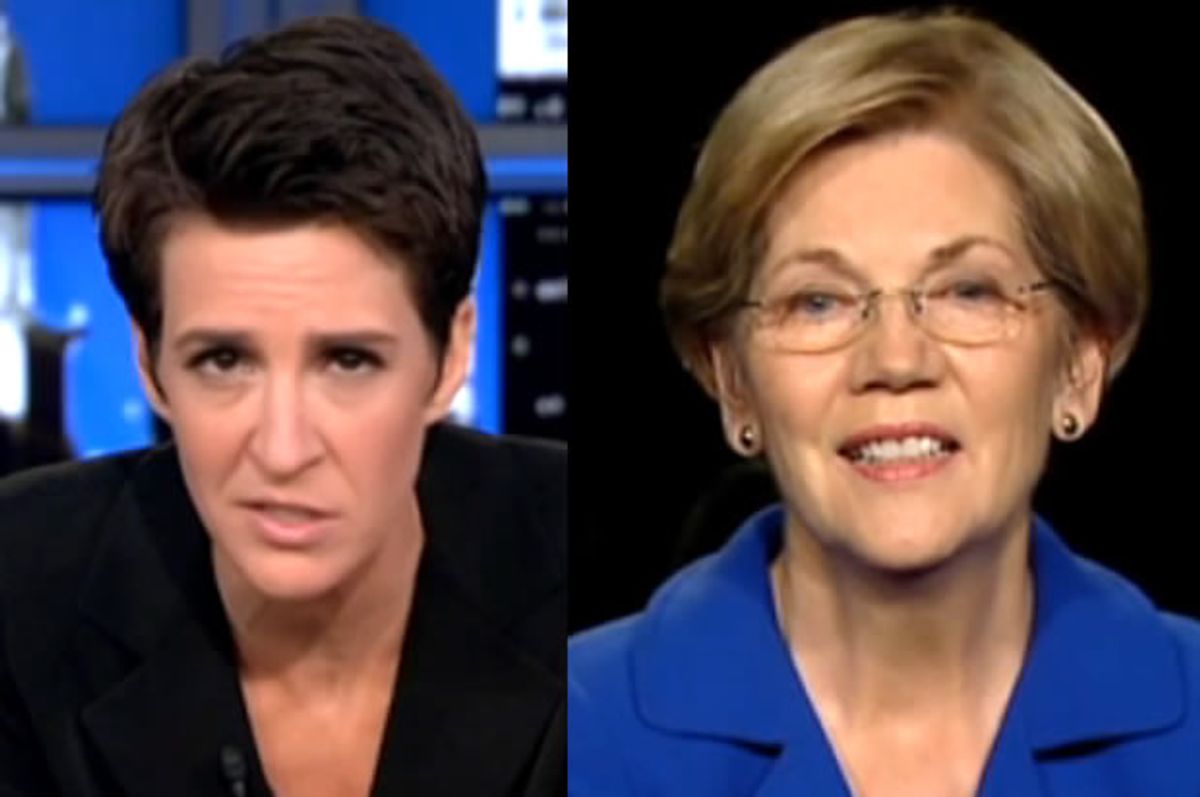 On "The Rachel Maddow Show" last night, Senator Elizabeth Warren responded to President Barack Obama's claim that the Trans-Pacific Partnership (TPP) would be beneficial to the average American worker.

Maddow played a clip from the president's appearance on "Hardball with Chris Matthews" on Monday, in which he said that progressives who oppose the TPP prefer "the status quo," and that while he believes Senator Warren to be an ally on many other issues, in this case "she's just wrong."

Maddow noted that although Obama believes the TPP to be the most progressive trade compact in American history, progressives in his own party -- in particular, Senator Warren -- strongly oppose it.

Warren told Maddow that one of the problems with the TPP is that the public has no access to it. Senators and representatives can read it, but they're not allowed to discuss the details of it in public -- which effectively means that Obama is asking the American people to take his word that the deal would have a favorable effect on the quality of middle-class American lives.

The administration said yesterday that the agreement will be made available online, and that there will be a period of public comment on it, Maddow said, before asking Warren if that would assuage some of her concerns.

Moreover, the only thing that the American public has been able to learn about the deal is who was negotiating it -- corporate lobbyists. "My views is," she stated, "when the process is rigged, the outcome's likely to be rigged too."

"You're saying that the corporate interests don't just have access to see what's in [the TPP], they helped shape what's in it?" Maddow asked.

Watch the entire interview via "The Rachel Maddow Show" below.