"This is a witch hunt!" Fox News' pundit says Dr. Oz is the target of a grand "conspiracy"

10 physicians sent a letter to Columbia requesting Dr. Oz be removed from his position in the Dept. of Surgery 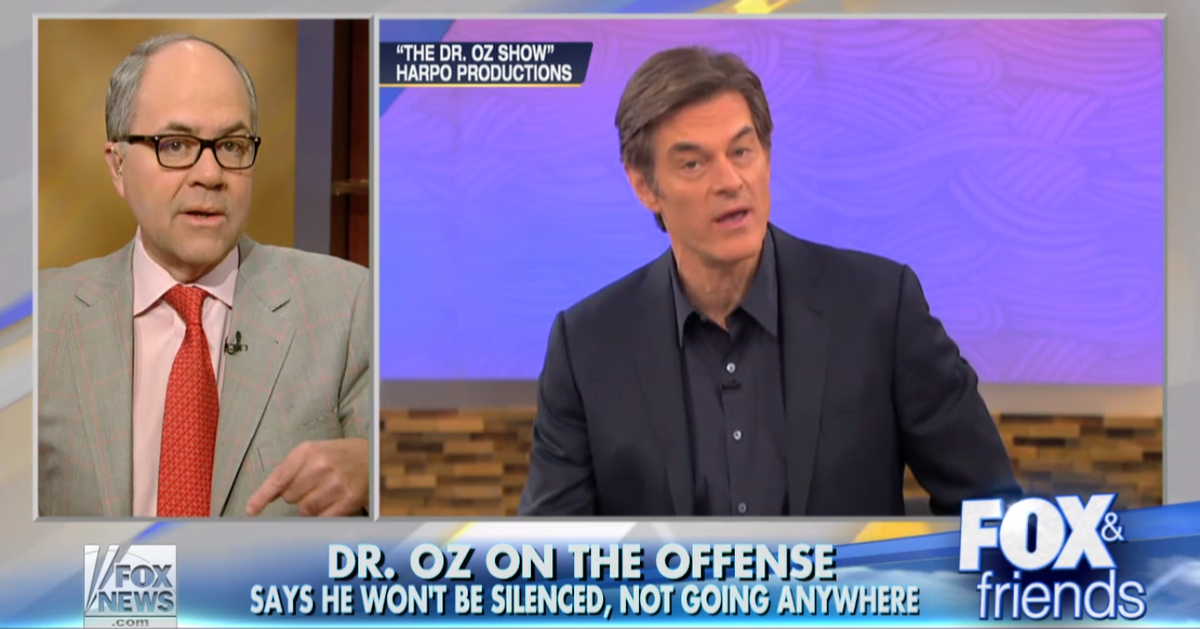 On Thursday morning's edition of "Fox & Friends," Fox News legal analyst Peter Johnson Jr. expressed his dismay at the doctors at Columbia Presbyterian Hospital who have demanded that Dr. Mehmet Oz be removed from his position as vice-chair of the Department of Surgery for promoting unscientific "remedies" on his daytime show.

"This is a witch hunt," Johnson said. "I find it offensive to the First Amendment, everything we stand for as Americans, that we have these folks -- some of them who, in my opinion, may be quacks themselves -- to say, 'Fire him, Columbia.' Who the heck are they?"

In an email sent las week to Columbia University, ten doctors argued that Oz had shown "an egregious lack of integrity by promoting quack treatments and cures in the interest of personal financial gain."

Oz responded in a video: "No matter our disagreements, freedom of speech is the most fundamental right we have as Americans, and these 10 doctors are trying to silence that right. So I vow to you right here, right now: We will not be silenced; we will not give in."

Johnson surely doesn't think that Oz has been thrown in prison for spouting quack treatments? You are allowed to say whatever the hell you want in this country, but that doesn't mean the medical establishment has to stand behind you.