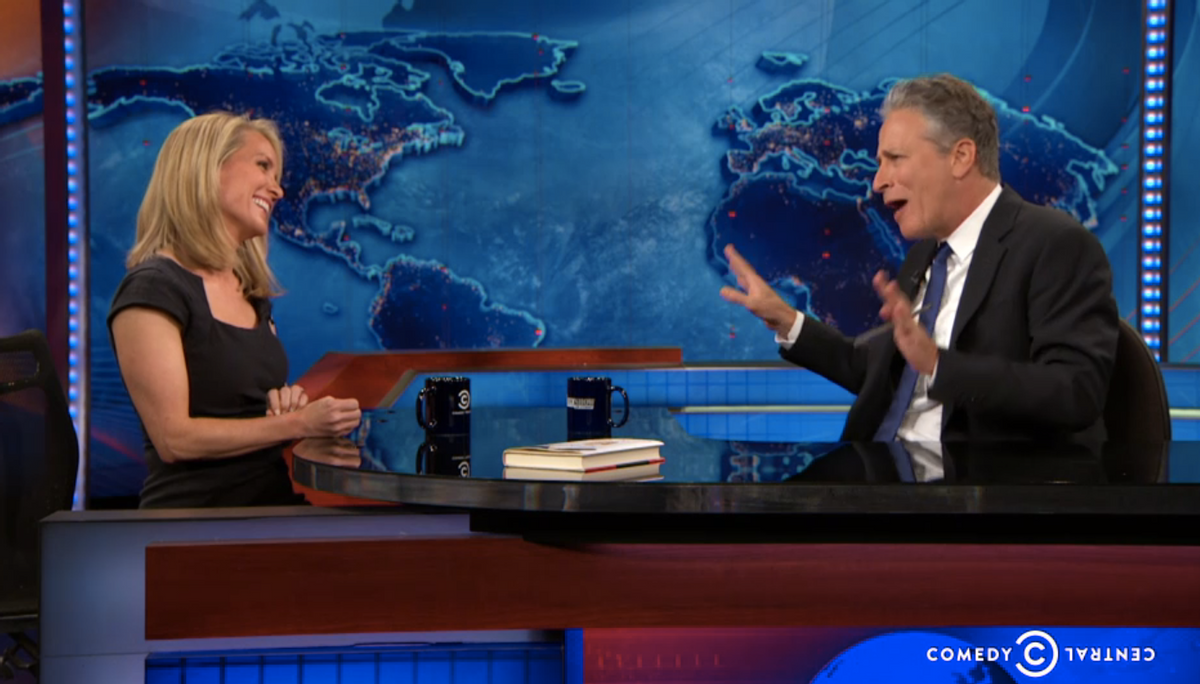 Sunshiney Fox News host Dana Perino joined Jon Stewart on "The Daily Show" Wednesday night and, despite her valiant attempt at peacemaking with the "liberals" over at Comedy Central, couldn't quite win over Stewart's affection. At least when it came to Peanut Butter Cup analogies.

"Who would have thought 'The Daily Show' and 'The Five' were like Reese's Peanut Butter Cups -- peanut butter and chocolate,” Perino said. “Maybe we could all get together here and have a mashup.”

Stewart wasn't so keen on that analogy and offered his own: “I think of it more as a shit taco,” Stewart replied. “I’m not saying who’s who. I’m just saying I don't know that it's necessarily two great tastes that go great together."

At another point, Stewart struggles to remember the name of Perino's co-host on "The Five" (Eric Bolling). "Who's that other guy? The dumb guy?" Stewart asks. "Could you be more specific?" Perino responds.