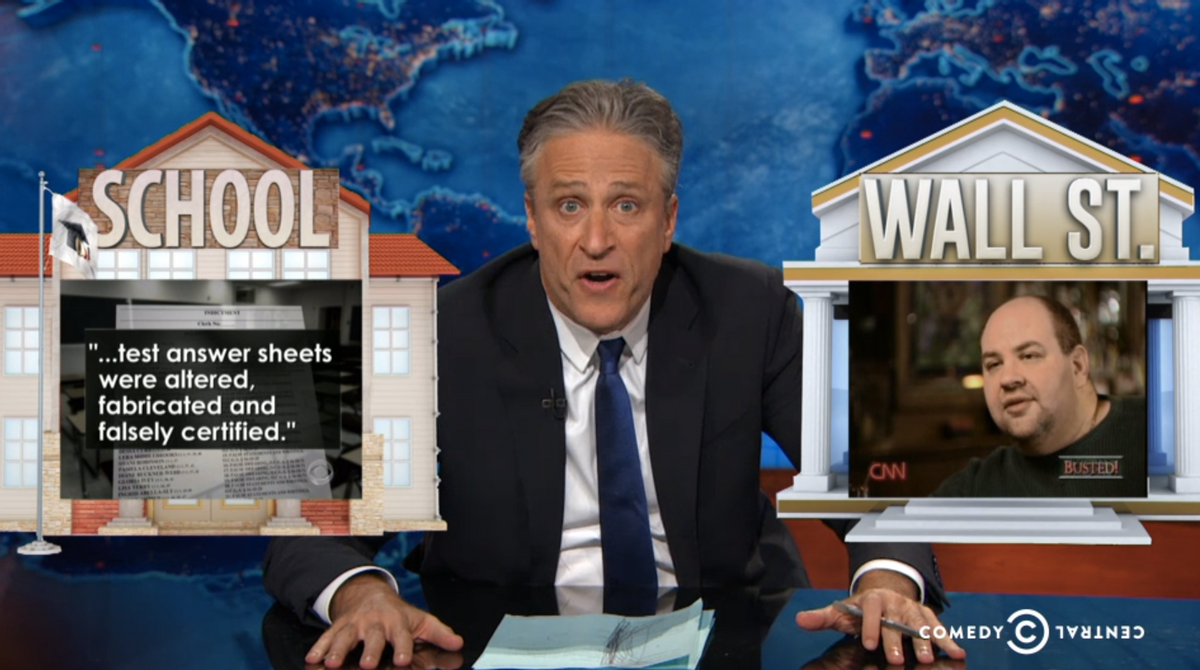 Wondering why the recent Atlanta cheating scandal involving teachers and admins inflating test scores to protect their paychecks sounds so familiar? It's probably because this same narrative of cheating is baked into the culture of the financial sector. Only difference, the crooks of Wall Street walk away heroes -- while Atlanta educators get jail time for giving into the "culture of fear and intimidation."

Jon Stewart tore into the Atlanta cheating scandal on Wednesday's "Daily Show" which, a Fulton County Superior Court judge called "the sickest thing that's ever happened in this town." Not so fast, Stewart said. "You know, you live in Atlanta," he said. "So, I guess that's excluding slavery and your city being burned to the ground and segregation and the notorious serial killer and the Olympic bombing."

Stewart ran through a series of similarities between the Atlanta scandal and Wall Street, ultimately finding that the only difference was the punishment associated with each case of fraud.

"The teachers and school administrators are going to be punished with jail time -- or 'detention with extreme rules," Stewart said. "Whereas, the entire financial sector is tied, jail term-wise with the economy's equally critical Real Housewives of New Jersey sector."