"Your husband is a brave man": What people really think about a sex writer's marriage

I'm a feminist sex writer who's married to either the boldest guy or the biggest wimp, depending on who you ask 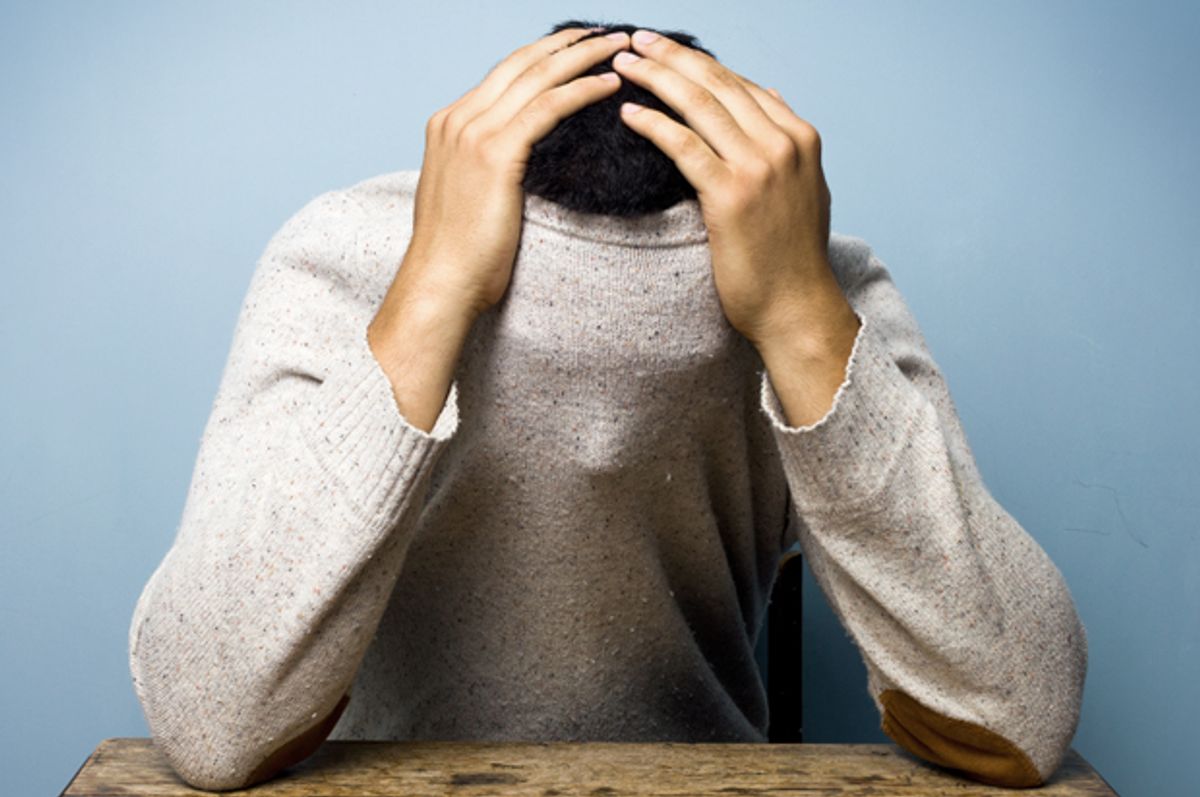 For some time now, one of the top Google search suggestions for my name has been, “Tracy Clark-Flory husband.” At first, I chalked it up to the simple fact that I’ve written about my husband a bunch in personal essays and even the odd sex toy review. Maybe people just wanted to see who this guy was who was willing to have his intimate life written about so candidly, I thought. Indeed, he’s tried out everything from “Siri for sex” to a “blow job robot,” all in the name of journalism -- or at least my journalism career.

Increasingly, though, I’ve started to suspect that there is more to it. That’s because I’ve noticed a theme in commentary from strangers about this aforementioned man, “Tracy Clark-Flory husband.” That theme is the sentiment that my husband must have balls of steel to be married to a lady sex writer like myself. The most commonly occurring remark, in emails and online comments, is some variation on: “Your husband is a brave man.” In fact, Jezebel christened him a “BRAVE HERO MAN” -- granted it was for his willingness to stick his penis into that terrifying blow job contraption, but still. Even a family member offered some variation on the theme during a toast at our wedding.

The message is decidedly not, “You are a brave woman.” It’s that my husband is a brave man, essentially for putting up with me. To be sure, there is some bravery involved in marrying someone who you know writes publicly about the intimate details of her life, but that's rarely what these commenters are referring to. The reasons are rarely very clearly spelled out, but they are apparent enough: I've written extensively about my past sexual exploits. I am highly familiar with pornography. I have written about male desire. And as if that weren't bad enough, I am also an outspoken feminist. All of that seems to upend the traditional married-couple power dynamic in such a way that my husband is conside...

But back to the perception of my husband as a brave man, which isn't a perspective shared by all of the strangers who comment on him. The men’s rights and pickup artist worlds seem to think that he’s a big, fat wimp for being married to me. How's that for contrast?

One of the top results for “Tracy Clark-Flory husband” is a post on Reddit titled, “From ho to housewife, the continuing saga of Tracy Clark-Flory (date of affair betting pool anyone?).” It links to an article I wrote about my ambivalence about taking on the term “wife.” Sample comments: “Do we need any more crap from this woman?” “What a pain in the ass,” “What a silly clown.” But my favorite: “A man is risking everything to subsidize your slut-ass. You lose NOTHING and gain EVERYTHING if it doesn't work out. At the very least acknowledge the fact that you're his wife and take his name. What are you sacrificing again, you selfish entitled cunt?” A commenter on pickup artist Chateau Heartiste blog: “Every man I’ve seen married to a woman with a hyphenated name screamed herb, beta or closet homo.” Another commenter referred to him as “some hapless Beta.”

Then there was the blog post in response to a piece I wrote about the sexism of the one-sided marriage proposal, which garnered this comment, “If her husband has not committed suicide, he either drinks heavily, or is so pussy whipped he is beyond redemption. I'll wager she proudly displays his stuffed testicles on her trophy wall at home.”

This is pretty interesting, right? He's either a brave hero man, from the liberal view, or a hapless beta, from the conservative retrograde perspective -- simply by virtue of marrying me, a feminist sex writer. I don't think either perspective has it right, because both are too entrenched in current cultural expectations of men. I think men deserve higher expectations, and more credit, than that. "Brave" suggests that there is something to fear, a monster to face down, but my husband doesn't see it that way. This isn't a result of delusion on his part: There's really nothing to fear about a woman with a sexual past, a familiarity with YouPorn or a belief in basic gender equality. Do I think my husband is brave? No, he's post-brave. The man is evolved.