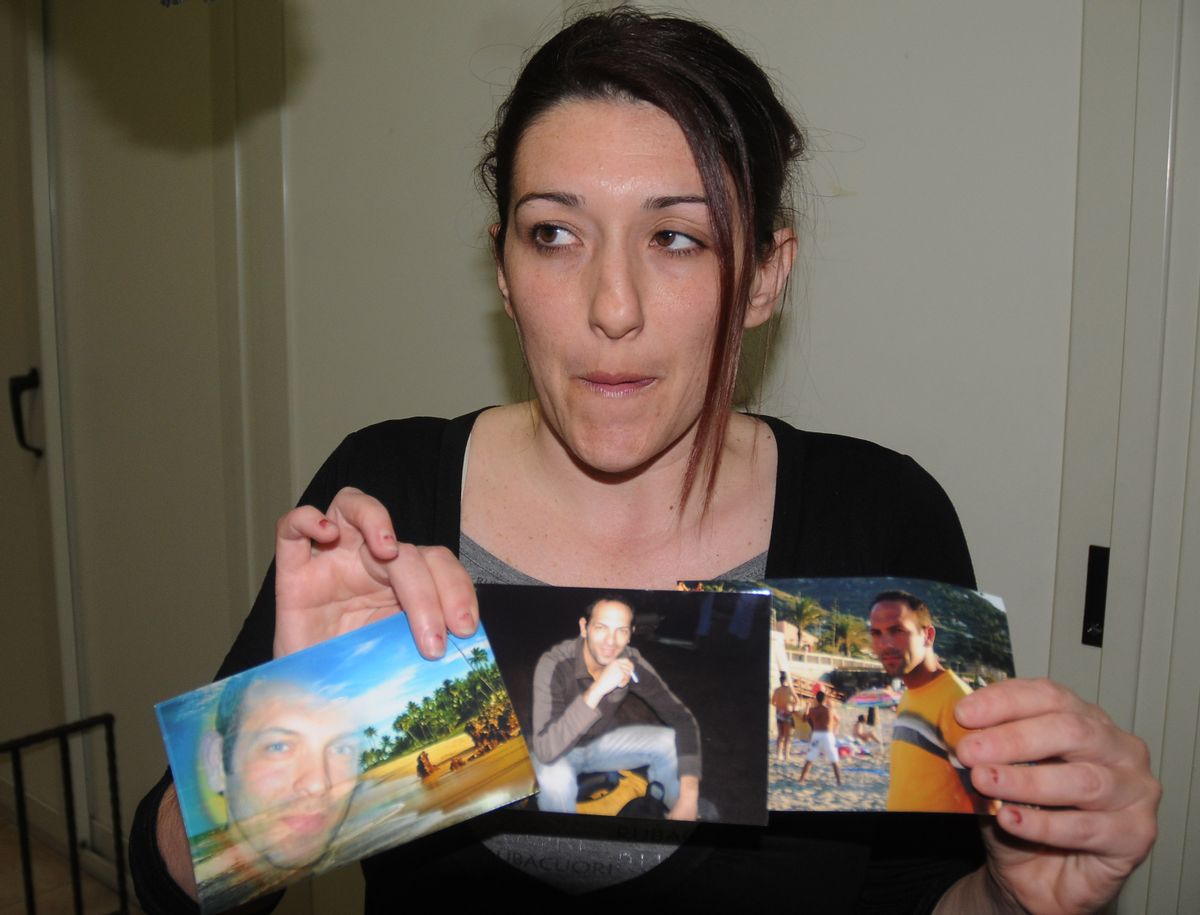 Giovanna Piazza, Italian aid worker Giovanni Lo Porto's sister-in-law, shows Giovanni Lo Porto's pictures to the photographer in Palermo, Sicily, Italy, Thursday, April 23, 2015. The Italian government on Thursday deplored the death of an Italian aid worker in a U.S. air strike, calling it a "fatal error" by the Americans. Italian Premier Matteo Renzi expressed his "profound pain" over Giovanni Lo Porto's death and offered Italy's condolences to Lo Porto's family and that of American Warren Weinstein, who was killed in the same airstrike on the border between Pakistan and Afghanistan. Both were held hostage by al-Qaida. (AP Photo/Alessandro Fucarini) (AP)
--

1. HOSTAGE DEATHS A REMINDER OF RISK OF 'DEADLY MISTAKES'

With the deaths of two Western captives in a CIA drone strike, Obama is brutally reminded of how civilians can be lost in wartime.

The presidents of Russia and France are among the dignitaries attending ceremonies commemorating the slaughter 100 years ago of 1.5 million Armenians by Ottoman Turks.

At least 14 refugees, believed to be from Afghanistan and Somalia, are dead after being hit by a train as they walked along the railroad at night.

More than a dozen people were injured after a stage filled with students collapsed during a musical performance at a central Indiana high school.

5. A BRIGHT SPOT IN A DARKENED CITY

In a city plagued by chronic power outages, poverty and shortages of construction materials, the rooftop restaurant "Level Up" in Gaza City defies all the rules.

6. WHAT CABLE MERGER COLLAPSE MAY MEAN

Even if Comcast's $45.2 billion bid for Time Warner Cable is dead, consolidation among the companies will carry on.

7. BYOB: IT'S BREW YOUR OWN BEER AT SOME COLLEGES

Two schools are teaching students how to make beer, giving students the skills to compete for jobs in a rapidly expanding section of the hospitality industry.

8. WHAT A MEMOIR IS AIMING TO DO

The fiancee of Ebola victim Thomas Eric Duncan hopes her book will provide some resolution to a story that began in Ivory Coast and ended 15 years later in a Dallas hospital.

9. HOW TO USE YOUR LATEST APPLE GADGET

AP's Anick Jesdanun has tips on setting up and using Apple Watch for the first time, as the first batch of smartwatches arrive in people's homes.

Stephen Curry scored 40 points, and was the catalyst in a 20-point, fourth-quarter rally, as Golden State beat New Orleans 123-119 in overtime to take a 3-0 series lead.