Adam Sandler needs a lesson in how to depict Native Americans on film, says actress who walked off set

"He's a good guy," Allie Young said, "it's just sad" that he chose to depict her people this way 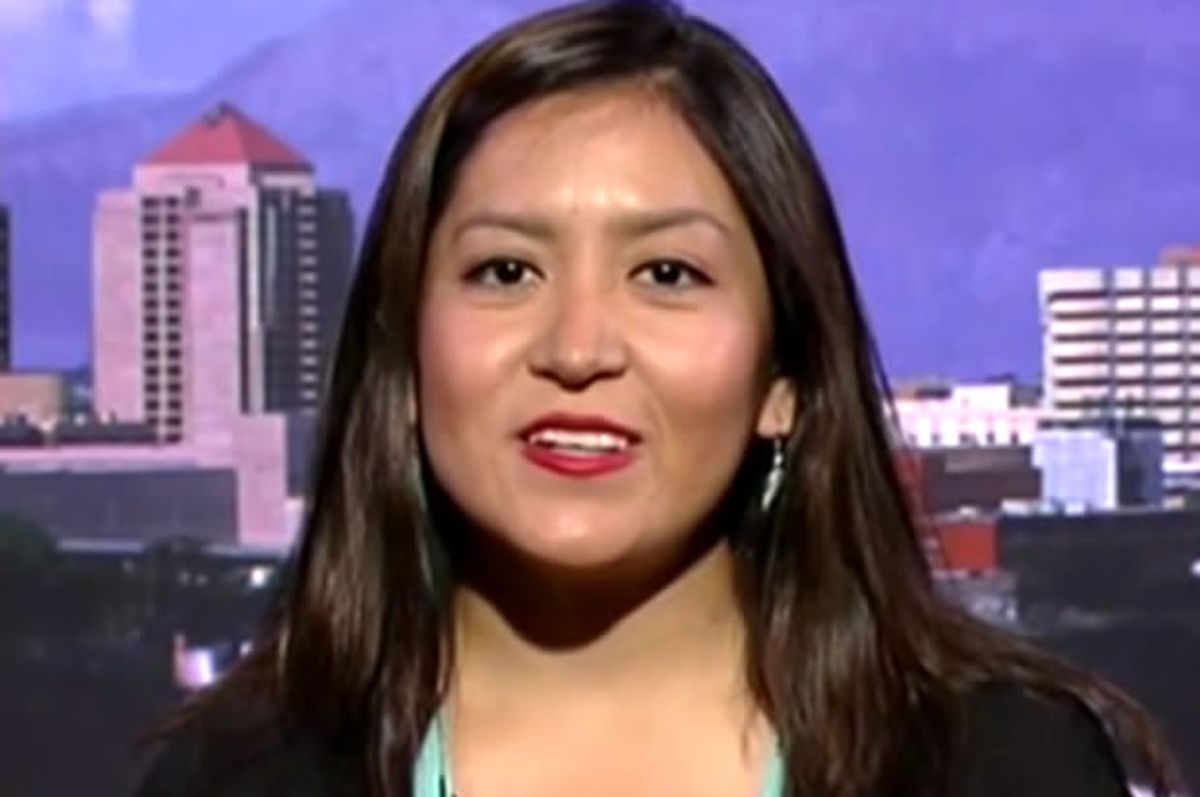 One of the Native American actresses who walked off the set of the Adam Sandler film "Ridiculous Six" spoke to MSNBC about why she and at least a dozen other actors and actresses left the production.

Allie Young -- who is full-blooded Navajo -- said she initially became concerned when she went to hair and makeup on her first day and they "bronzed" her. The film's cultural consultant was the first to abandon the production, she said, and that alarmed her and the rest of the Native Americans in the cast.

"When the cultural advisor for film quits because he's offended," Young added, that doesn't bode well. As for the material that she and the others deemed offensive, she noted that there was a scene in which a Native American woman being played by a white actress was passed out on the ground until white members of the cast pour liquor on her -- and she was miraculously cured.

"That just perpetuates the stereotype of 'the drunk Indian,'" she said.

Netflix responded to the mass exodus by releasing a statement saying that "the movie has ‘ridiculous’ in the title for a reason: because it is ridiculous," and that the cast "is not only part of -- but in on -- the joke." Young responded to that by saying that while it is comedy, that doesn't give them the right to portray Native Americans inaccurately.

She did say, however, that she still considers herself to be an Adam Sandler fan. "I truly believe he's a good guy," Young said, "it's just sad he's not willing do anything about" the depiction of Native Americans in his film.

"Ridiculous 6" is the first film Netflix is producing as part of an exclusive four-film deal the upstart studio signed with Adam Sandler.

Watch the entire interview via MSNBC below.