The actor's plan to solve the water crisis is bold, but is it time to consider it? 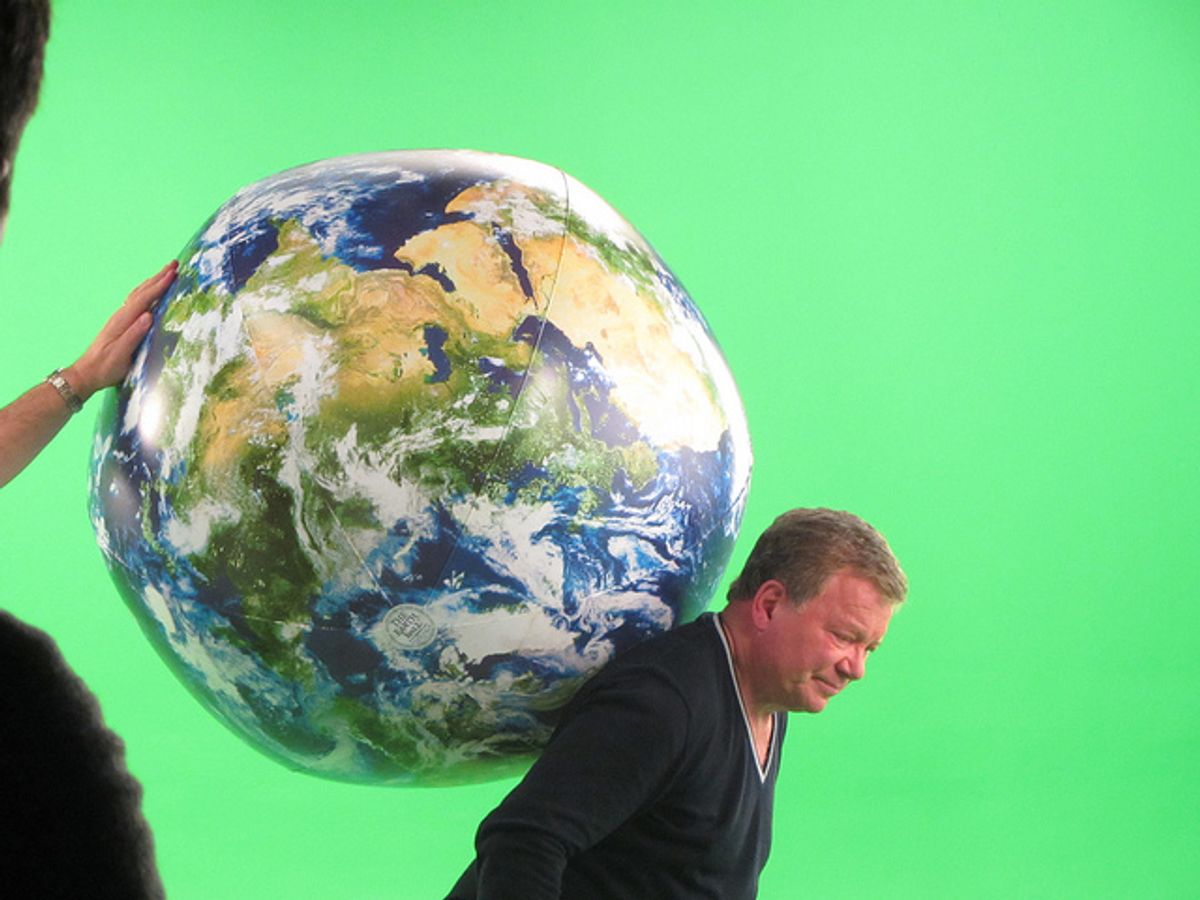 William Shatner's plan to solve the California water crisis with a $30 billion Kickstarter for a water pipeline from Seattle encountered some skepticism from Salon readers this week.

"Maybe that pipeline should lead from California, through a wormhole, to a planet filled with people who give a sh!t about their planet. Maybe consult Mr. Spock on that one." -- Pigoon Rancher

"I have an idea: take a captured Klingon battle cruiser, fly around the sun at high warp speed, go back to 1950, and change the zoning and building ordinances so that 2000s California is water wise." -- AnotherVoice

The pipe plan is unfortunately not feasible from the start; the State of Washington is itself experiencing a severe drought and doesn't have water to spare. But Shatner is hardly the first to dream of big solutions to big problems. The present crisis may have been the product of just such a big solution: how do you bring water to the desert? But with fears growing that California -- and the American West -- may be entering a "new normal" of prolonged dry periods, do we need another big solution to keep the California dream alive?

"Can't say he did not Boldly go where others had not gone before." -- Somnonaut

Shatner's plan isn't even that bold, merely a much longer version of a pipeline proposal from California Governor Jerry Brown himself. Two 35-mile tunnels would transport water from Northern California to the wetter South. Or maybe it's a shorter version of the 1,400 mile long Alaskan Subsea Pipeline, which received serious consideration from the U.S. Office of Technology Assessment in 1992. Students at MIT revived the idea in 2012, along with similarly sci-fi plans to transport icebergs by sea. Rather more plausibly, the Desert Research Institute, the research arm of the Nevada System of Higher Education, has been making considerable progress with cloud seeding; for only $300,000 they were able to generate a 6.6 billion gallons of water at Lake Tahoe in 2012. And most realistic of all is the prospect of desalination; fifteen desalination plants are planned along the California coast, with a huge plant in San Diego County coming on line in 2016 to provide 50 million gallons of drinking water each day. Could one of these schemes provide the answer to the water crisis? Of course many of these plans are admittedly expensive, but can you put on price on preventing catastrophe?

The boldest plan of all may be to not continue with business as usual, and to start planning to move people and agriculture to more sustainable regions of the country. Should we let thirsty land return to desert? Perhaps that desert could house futuristic habitation, such as Abu Dhabi's carbon-neutral Masdar City, which intends to recycle up to 80% of its water and to make up the rest with desalination.

One other plan that might just be crazy enough to work is asking people to conserve and reduce their water use. But with the wealthy in California consuming as much as 215 gallons per capita per day and agriculture and industry still poorly regulated, perhaps you need more faith to imagine that human beings can modify their behavior rather than spend millions on a technofix. In that case, Shatner's hope that his pipeline Kickstarter might even in failure raise awareness of the drought's severity could be best outcome we can expect.

What do you think? Is Shatner's plan, even if flawed, on the right track? Do we need a big technological solution to this crisis, and which do you think are the best bet? Or is that all unrealistic, and regulation and conservation will be enough? Or are all plans futile, and is California's experiment in mass irrigation doomed to failure? Take our poll and let us know in the comments!