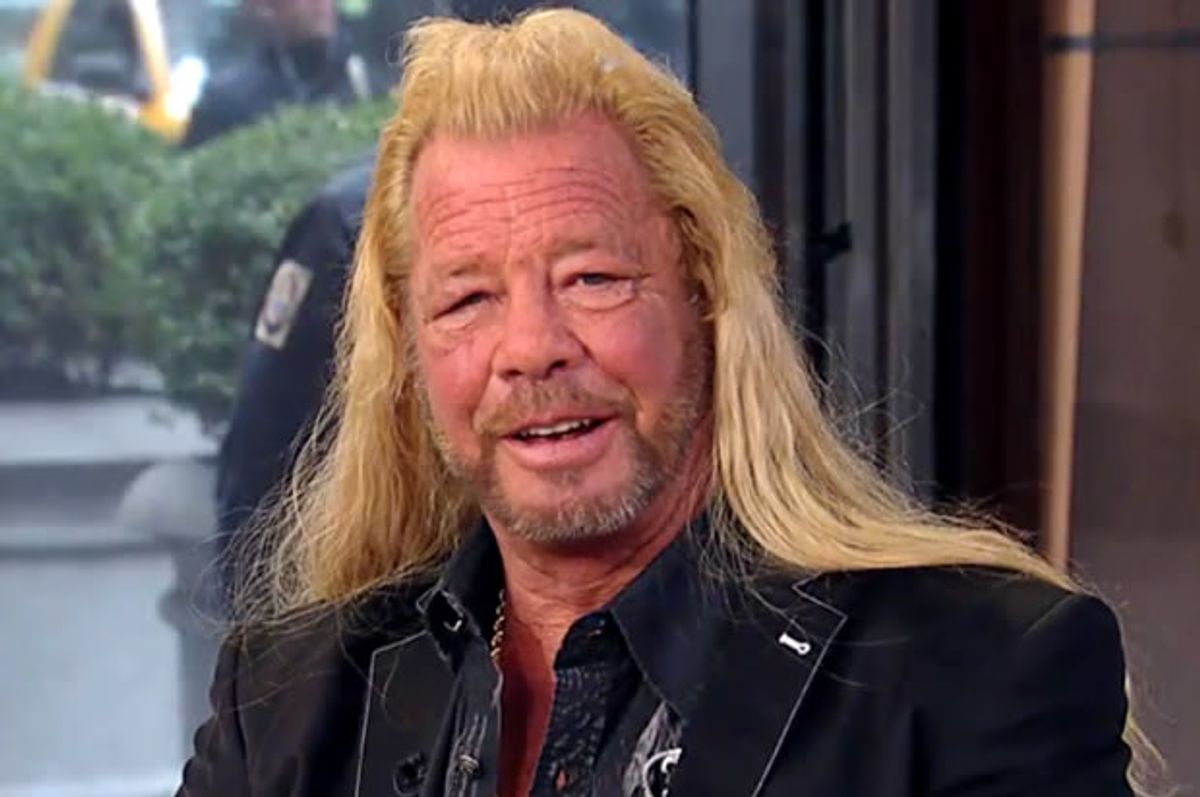 Dog the Bounty Hunter shocked the women on Fox News' "Outnumbered" today when he said that he didn't believe that "rising GOP star" Marco Rubio would be able to defeat the "dynamic duo" of Bill and Hillary Clinton.

The panel was discussing the Fox News poll released yesterday, in which Rubio was identified as leading the GOP field with the support of 13 percent of likely Republican primary voters.

When asked how he felt about Rubio's presidential chances, Duane "Dog" Chapman said that he "liked him, he came out swinging -- and his wife is beautiful -- but I don't think he could beat the dynamic duo."

"Who is 'the dynamic duo'?" one of the off-screen co-hosts asked.

"The Clintons," he replied, much to the dismay of the four women he was sharing a couch with. "I want someone in there with experience. We're at war."

Co-host Sandra Smith said that her experience, especially her time at the State Department, would work against her, but Chapman remained adamant about Hillary Clinton's credentials. "I don't know," he said, "I heard her once say if they keep doing this, we're going to make it a parking lot."

Brendan James at Talking Points Memo noted that Chapman could have been referring to a statement Clinton made during her 2008 campaign, but it in the end, which hawkish statement he was referring to matters less than his belief that she has the experience required to run the country.

Co-host Lisa "Kennedy" Montgomery recognized this -- and it saddened her. "That makes me so sad," she said, because "I love everything about you. I think you're powerful and heroic but the fact that you endorse Hillary Clinton -- that makes me sadder than 'The Notebook.'"

Chapman later clarified that he wasn't endorsing Clinton, merely stating that she was a stronger candidate when it comes to foreign policy than Marco Rubio or the rest of the current GOP field.

Watch the entire conversation via "Outnumbered" below.