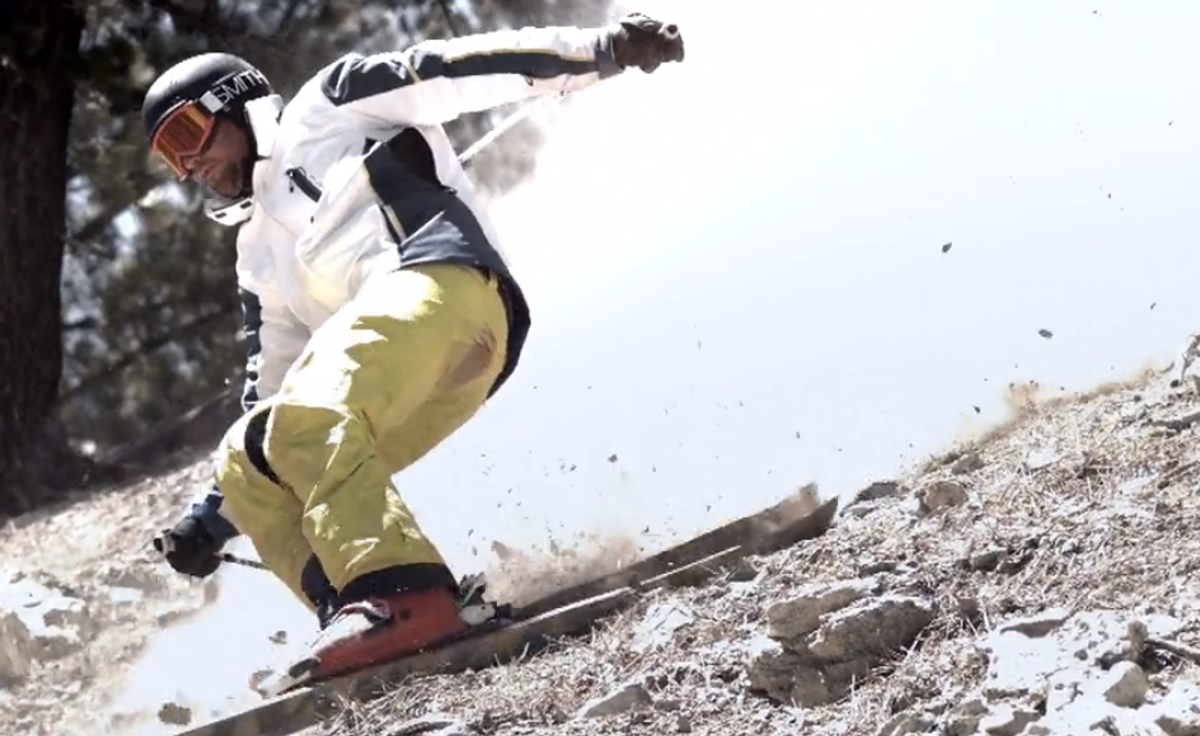 The news, this spring, that California's mountain snows had reached a near-record low -- just five percent of normal -- was terrifying for very practical reasons: with snow to melt, the state's already depleted reservoirs will want for this important source of water over the coming summer and fall.

But it was a bad sign, too, for anyone hoping to hit the slopes.

A short film from Happy United and Groove Guild proposes a none-too-appealing looking alternative for thrill-seekers. Californians, it may be time to embrace rock skiing.

The video may be a parody, but it's not too far off from the reality: at least ten resorts were forced to close early this winter due to the lack of snow, and the four-year drought, industry representatives told the L.A. Times, has taken a toll on the ski business, and resorts are now looking to cater to other, non-snow dependent, extreme athletes. The filmmakers say their goal is to draw attention to "the effects of climate change on our once snow-capped peaks" -- it ends with brutal face plant into the rocky mountain and the words #Climatechangeisreal.

Check it out, but probably don't try it at home: