Louis C.K. gets demolished by 24-year-old: "We're the future and you don't belong in it" 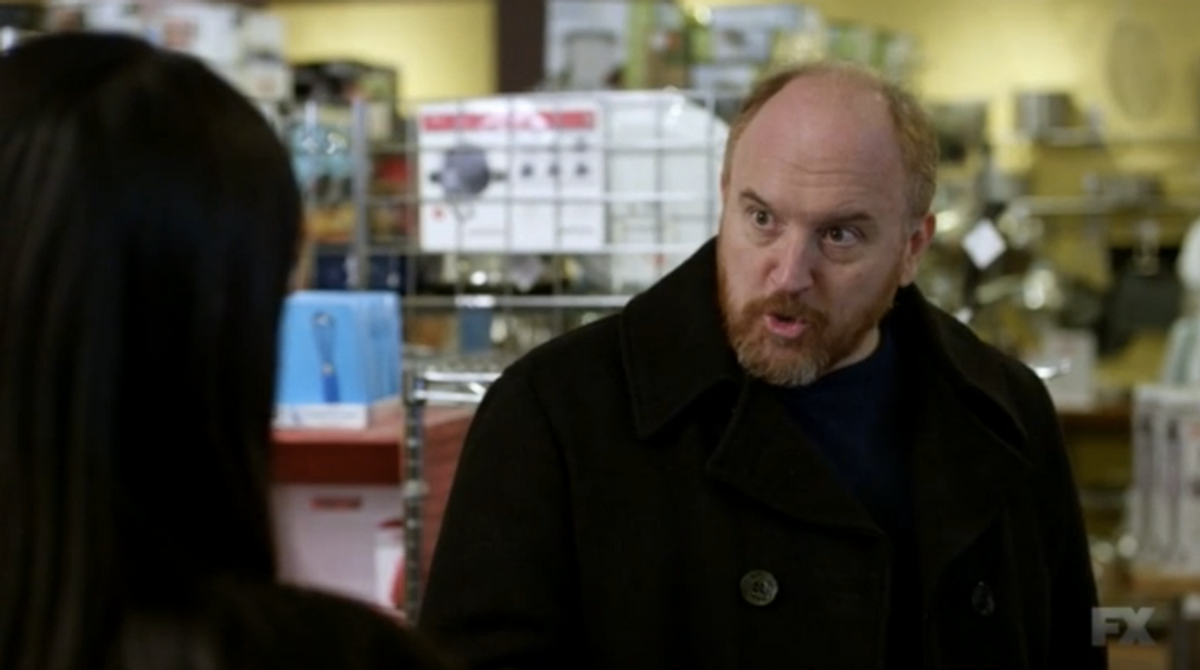 Generational clashing has been a popular point of entry for comedy this year, with shows like HBO's "The Comeback" and, now, FX's "The Comedians" all using this tension as a vehicle for humor. Last night, Louis C.K. added to the mix his own devastating voyage into the subject with a "Louie" cold open. In it, Louie finds himself in a Manhattan kitchenware store having a heated confrontation with a 24-year-old clerk after she refuses to offer him access to a copper pot. "The store is closing," she explains. Louie doesn't buy it. He pushes on: "I'm the kind of idiot who will come into a store like this and I'll buy tons of stuff I don't need. I probably would have spent two-thousand dollars today if you had spent any attention to me." Boy, does Louie have it all wrong. For one, the "clerk" isn't just a clerk -- she owns the entire store. At the age of 24, no less. And she certainly knows what she's doing; she just doesn't operate by "old-school" mantras like "the customer is always right." The 24-year-old proceeds to blast him for coming into the store to get his "ego stroked by a young Asian clerk" before going off on a spectacular diatribe about Louie's fear of young people:

"We're the future. And you don't belong in it. Because we're beyond you, and naturally, that makes you feel kind of bad. You have this deep-down feeling that you don't matter anymore. You should be glad, though … Do you want your kids' world to be a step above yours? Isn't that what we're all doing? So, doesn't it follow that if you're a good parent, and your kids evolve, and are smarter than you, they're gonna make you feel kind of dumb? So if you feel stupid around young people, things are going good."

Ever feel stupid around young people? Relive the opening scene from the last night's episode of Louie.