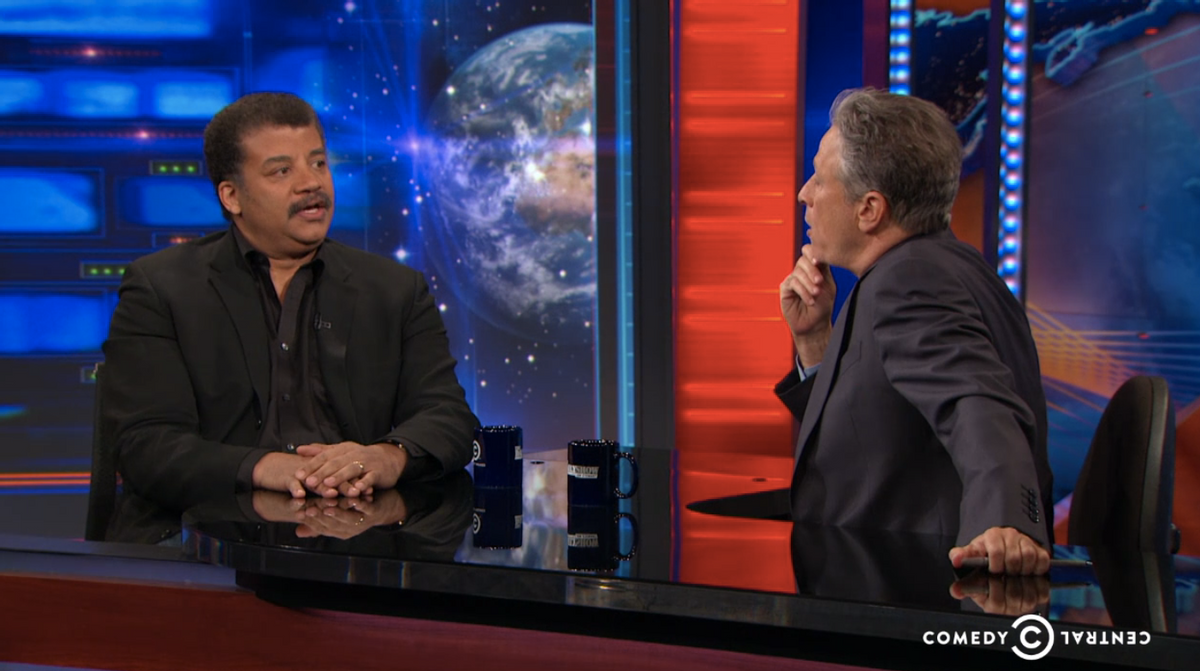 Jon Stewart welcomed astrophysicist Neil deGrasse Tyson back to "The Daily Show" on Thursday night, who was practically bubbling over with excitement about what he described the "rising warmth from the public about learning science." Everyday people are really starting to care about the issues, Tyson told Stewart. "There's a culture of science that thinks about science and likes science that's rising up in this country," he continued. "And the geekosphere led this."

Tyson explained that the "stock value" of geeks has steadily risen ever since high school jocks and bullies had a singular moment of clarity in which each realized that they'd need the geeks to help fix their computers. In fact, the richest person in the world, Bill Gates, is "the patron of nerds," he added. “So the world is different because of this. Because we only enter the future on the intellectual capital brought to this world by the geekosphere.”