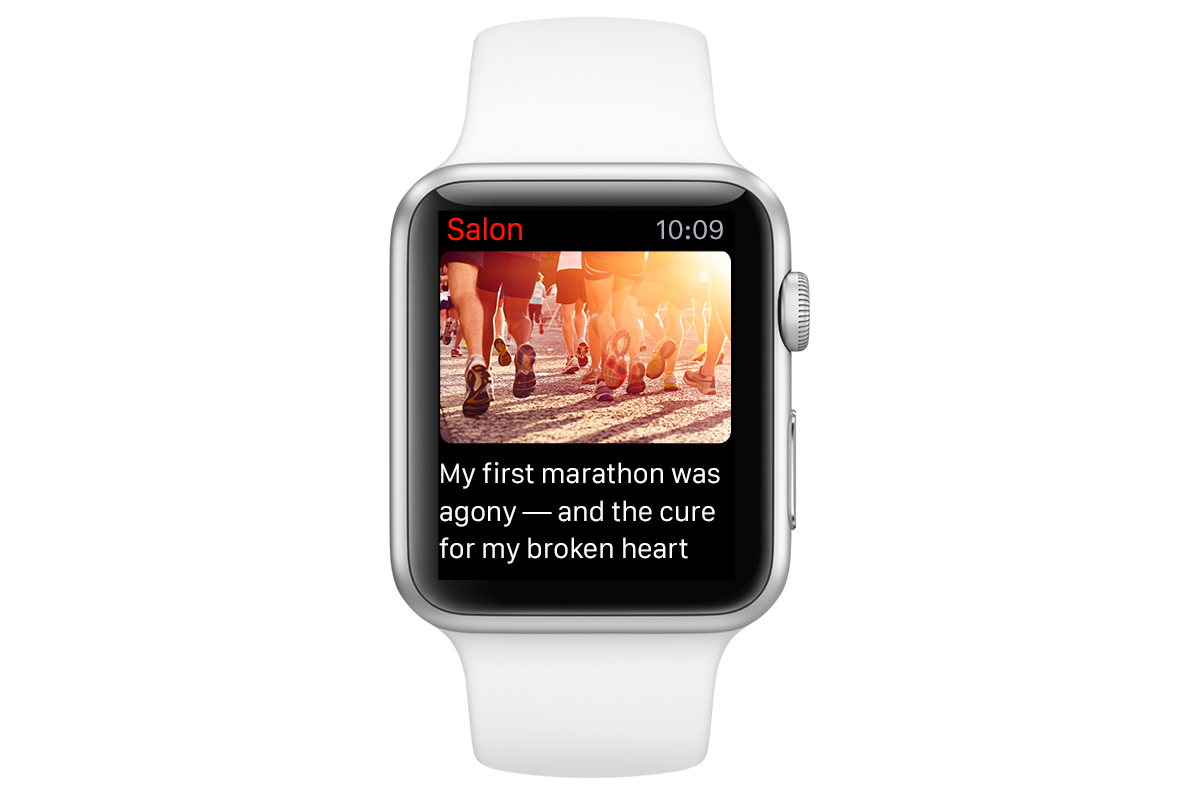 Facebook
Twitter
Reddit
Email
view in app
NEW YORK – Salon Media Group, Inc. (OTCQB:SLNM) today announced that it has developed an app for Apple Watch and it will be available on April 24 when Apple Watch is released. The app is the latest addition to Salon’s mobile offerings, which are an integral proportion of Salon’s user base.

The app for Apple Watch will display headlines from the top stories on Salon.com, allowing users to conveniently and instantly track breaking and important political and cultural news from Apple Watch. When users tap on articles that they wish to read, they will be loaded on Salon’s companion app for iPhone. Salon’s app for Apple Watch also includes a “Save for Later” feature that users can activate by holding their finger down on a select article – adding it to a bookmarked list accessible via the Salon iOS app.

“I’m excited that Salon will be releasing an app for Apple Watch to coincide with its availability on the 24th. In our ongoing explorations into emerging platforms, wearables have provided us with an exciting new content space to innovate important new ways to connect with users. We are incredibly proud to be at the forefront of that,” said Cindy Jeffers CEO and CTO of Salon Media Group.

“Since our inception, Salon has been a leading online voice – continuously finding ways to engage and empower users, deepen the national dialogue and make every conversation smarter. Launching Salon’s app for Apple Watch on day one of its release is the latest step in that mission.”

Salon has experienced unprecedented growth in users over the past year, with traffic growing 91 percent from February 2014 to February 2015 according to comScore.

Salon’s app is currently available in the App Store for Apple Watch for early adopters and will be available as part of the official launch on April 24th.

About Salon
Salon.com covers breaking news, politics, culture, technology and entertainment through investigative reporting, fearless commentary and criticism, and provocative personal essays. Salon.com has been a leader in online media since the dawn of the digital age and has bureaus in San Francisco, New York City and Washington D.C.