Scientists discover a massive magma pit beneath the Yellowstone supervolcano 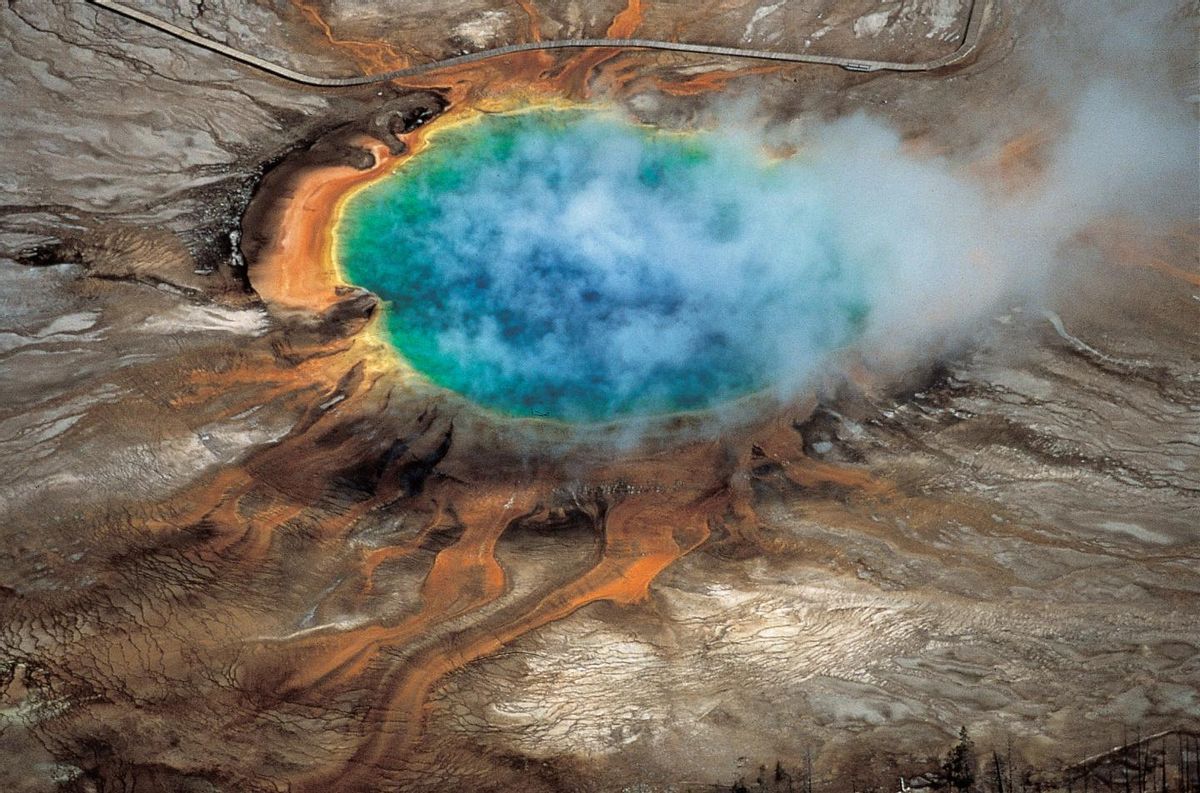 There's enough partially molten rock teeming beneath Yellowstone's surface to fill the Grand Canyon eleven times -- with some left over.

University of Utah seismologists say they've produced a full rendering of the famed Yellowstone supervolano's underground plumbing for the first time, and have revealed, in the process, that its deep magma reservoir is nearly four and half times larger than the smaller, shallower chamber we already knew about.

Scientists have suspected for awhile now that a vast, deep chamber, but this is the first time anyone's been able to prove it. The researchers used a technique called seismic tomography -- sort of like a CT scan that substitutes earthquake waves for x-rays -- to measure rock density and map out the reservoir. Their study, published in the journal Science, provides a comprehensive understanding of how the whole system works:

The green lines represent the boundary of Yellowstone National Park. The study focused on Earth's crust, shows the previously known magma chamber (orange) about 3 to 9 miles beneath the surface, and reveals a previously unknown magma reservoir (red) at a depth of 12 to 28 miles. Beneath that is the Yellowstone hotspot plume (yellow) which brings hot rock up from deep within Earth's mantle (Hsin-Hua Huang, University of Utah Department of Geology and Geophysics).

The researchers say this new information explains, at long last, why Yellowstone is such a major emitter of carbon dioxide. It can also, they say, help broaden our understanding of the potential risks of earthquakes and, in the very, very worst case scenario, eruptions. It's happened three times before, the last time 640,000 years ago, but the researchers say the risk of it happening again in our lifetimes remains extremely low -- scientists with the U.S. Geological Survey say there's a 99.9 percent chance that the volcano will remain dormant throughout the 21st century.