"Sit your ass down and be quiet!": Tea Party lawmaker shouts down GOP colleague 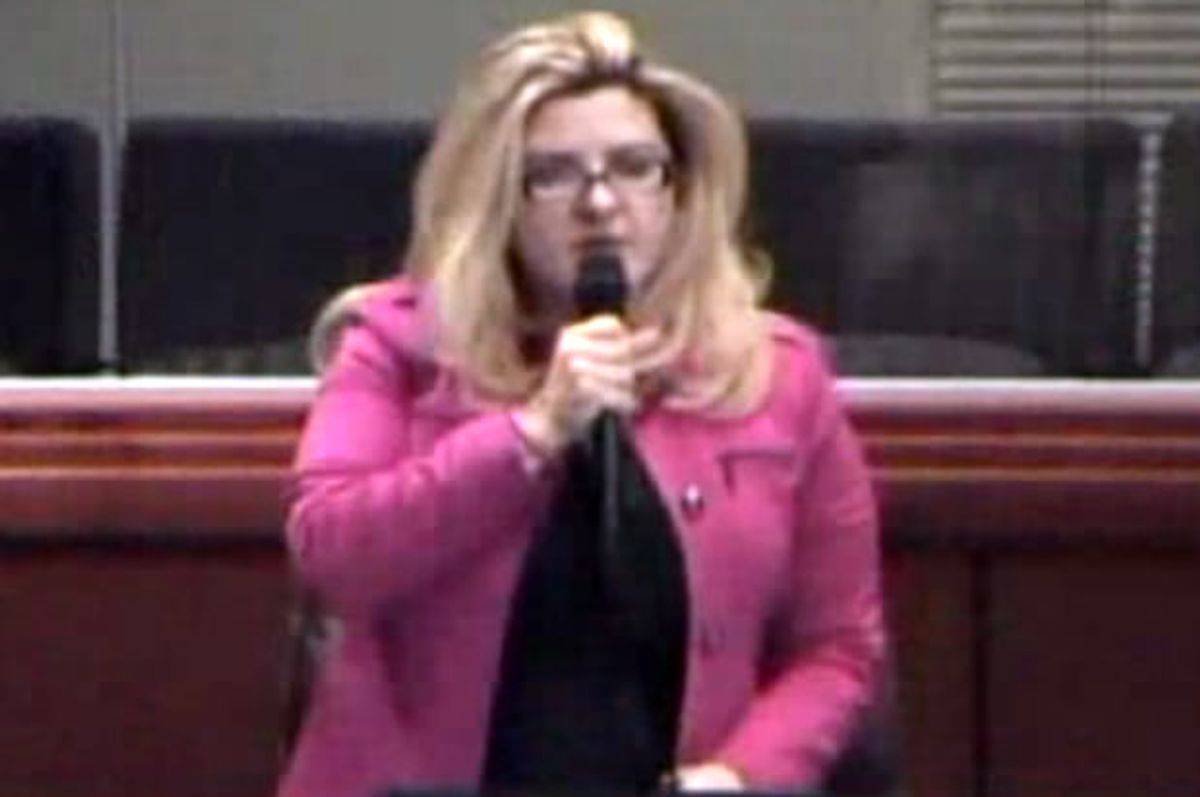 A Nevada lawmaker was reprimanded by her superiors after she lashed out at a fellow Republican who was critical of one her bills, Raw Story's Arturo Garcia reports.

Assemblywoman Michele Fiore have proposed a bill that would have forced the federal government to seek the permission of county councils to use public land -- an idea that the Nevada's Legislative Council Bureau deemed unconstitutional.

That decision did nothing to deter Fiore, who insisted on discussing the bill -- which has won the support of rancher Cliven Bundy, scourge of the Bureau of Land Management -- during Tuesday's legislative session anyway.

When a fellow Republican, Assemblyman Chris Edwards, asked why she was wasting the august body's time, the Tea Party favorite Fiore exploded, shouting at him to "sit your ass down and be quiet."

Assembly Speaker John Hambrick called Fiore out of order and called for a recess. Fiore later apologized to Edwards for her remarks, although many -- including Hambrick -- believe that Edwards was just as responsible for her outburst as she was.

Assemblyman John Ellison (R) claimed that Edwards had been "egging her on," subjecting her to "constant needling." He told the Reno Gazette-Journal's Ray Hagar that he talked to one of Edwards' confidantes and said, "You better go talk to him because this thing is going to blow up," but to no avail.

For his part, Edwards insisted that he was "asking legitimate questions the entire night long. I was focused on the issues and the concerns of my constituents. Every question was fair and I was just looking for an honest answer."

"I never experienced anything like that from anybody on the [Assembly] floor," he added. "There was no cause for that."

Speaker Hambrick agreed, though he noted that "both could use a lesson in different things."

Watch video of the debate via Wonkette below.