Test your knowledge: Did it happen on "Grey's Anatomy" or in a horror movie?

Can you tell the difference between a chainsaw slasher flick and an episode of "Grey's"? SPOILERS AHEAD! 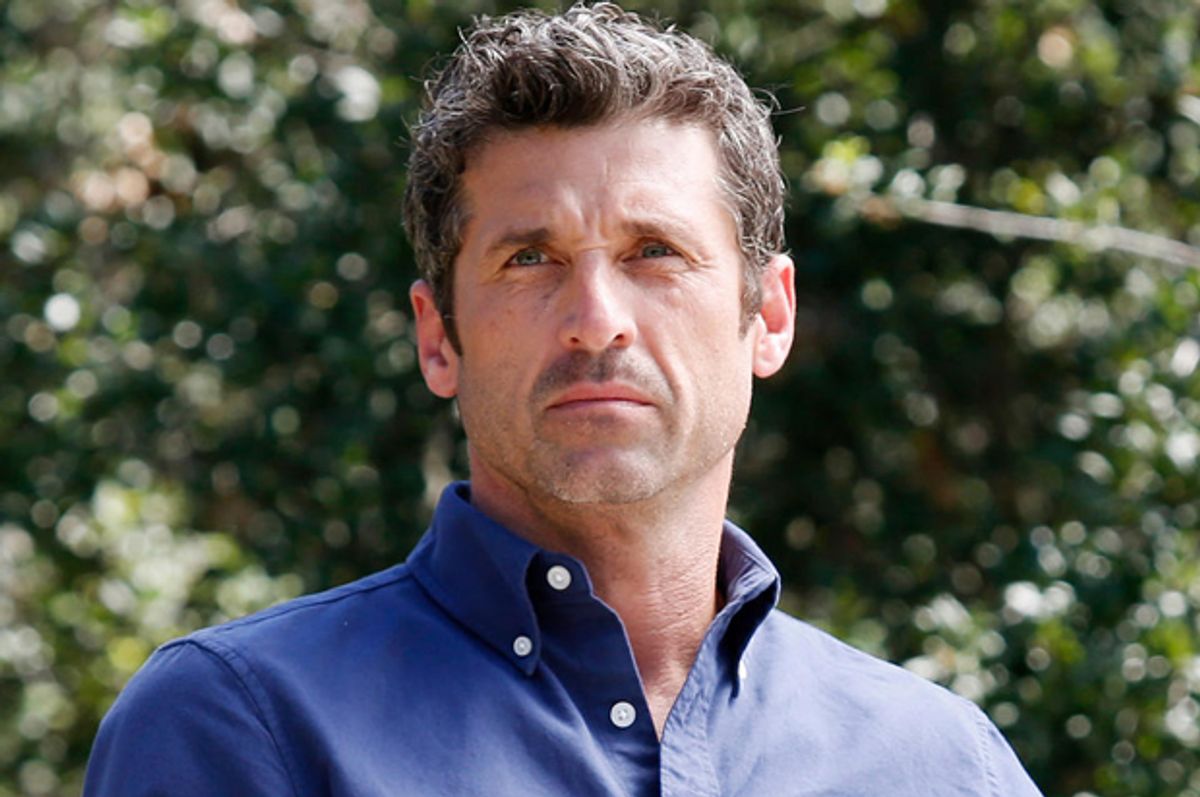 “I’ll be back before you know it,” Derek Shepherd, consummate nice guy brain surgeon handsome man, tells Meredith Grey, dark and twisty attending general surgeon with consistently excellent hair, in a flashback at the open of last night’s “Grey’s Anatomy.” Jump ahead a few minutes and Shepherd is on the phone with his colleagues back at the hospital reassuring them that, no, that massive car crash currently backing up traffic will not slow him down because he knows a secret route to the airport.

The writers want you to know that Shepherd is 100 percent going to die, and so he dies. Rest in power, McDreamy. I can’t wait until you come back as a ghost next season.

“I don’t understand how this keeps happening. I’m serious. I do not understand how this keeps happening. We keep dying,” observed Cristina Yang, wandering through the woods with Meredith after surviving a plane crash (naturally) in season 9. “We’re in a plane crash, Mer, like right now. Let me tell you one thing, when we get out of here I am getting the hell away from Seattle Grace Mercy West and I am never looking back.”

Yang eventually did get the hell out of dodge, but everyone else generally sticks around to see what natural disaster or act of extreme violence might befall them next. So to commemorate McDreamy’s untimely death, just the latest in a series of unfortunate events, I present you with a quiz: Did it happen on Grey’s Anatomy or in a horror movie?

1. You are impaled by a steel rod that connects you to another person who is impaled by the same steel rod. Though, remarkably, you are both alive and coherent. But here’s the rub: removing the rod from one of you requires pushing the other back on the rod, likely killing them. You two have to talk amongst yourselves to decide who lives and who dies.

2. You find yourself with a flat tire and look for help at a nearby house. You drink the beverage offered and wake up in a medical ward where the man casually explains to you that he intends to sew your mouth to the butt of another person he has also kidnapped. You try to escape.

3. You are hit by a bus and, because of the bruising to your face, are rendered unrecognizable to everyone you have ever known. You are conscious and aware of your surroundings as your friends fail to realize who you are, even as you try to communicate it to them. You are trapped in a living nightmare of paralyzed non-recognition among loved ones, then you die.

4. You are a patient at a hospital. A deranged shooter fires at a resident and forces you, your doctor and the badly bleeding resident into hiding. You are forced to drag his body around with a sheet. When it becomes clear that the resident is going to die, your doctor makes you sit in the hallway and hold the dying mans hand while you look away in horror.

5. You are at work at a new job, looking for supplies in a supply closet. You slip on something and smash your face hard into the ground. You sit up only to realize that it’s a puddle of blood and there is a dead body in the closet. The dead body turns out to be your friend from college. You scream.

8. You are in an elevator during a terrible storm. The power goes out, leaving you alone with two other people. One of them needs immediate medical attention, but you are ill equipped to provide it. Failing to act means the person will die, but attempting surgery may also kill them. You decide to go ahead with the surgery.

9. You are asked to remove a bomb from inside a man's chest, even though the bomb may go off and kill you. You do it anyway, adult contemporary music plays in the background.

10. You die in a fire but you supernaturally infiltrate the dreams of suburban teenagers and murder them one by one. You murder them while using coarse and often sexually degrading language. You like hats.