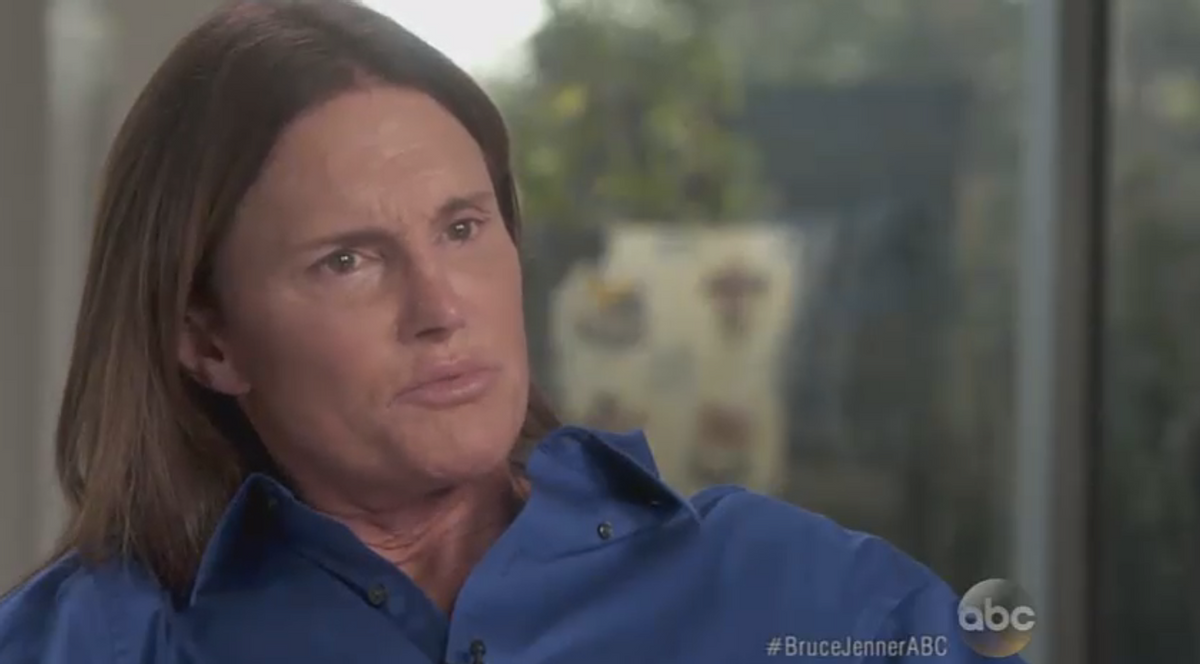 Note: This article reflect's Bruce Jenner's wishes via ABC to be referred to with male pronouns

"Have an open mind and an open heart," Bruce Jenner told America during Friday night's historic ABC interview with Diane Sawyer. After years of media speculation, the Olympic superstar-turned-reality television personality finally opened up about his gender identity -- this time, on his own terms -- and came out as transgender. "For all intents and purposes I am a woman," he said. Then, eliciting an even bigger response from Sawyer, Jenner came out as a conservative. "Yeah! Is that a bad thing?," he said, reading Sawyer's baffled expression. "I believe in the Constitution."

The two-hour special was filled with other surprising moments: Kim, we learn, was the most accepting and "easiest to talk to" of any of Jenner's children (“Girl, you gotta rock it, baby. You gotta look good!” she tells him) and Kanye West was at least, in part, responsible for her breakthrough. His words "I'm nothing if I can't be me" apparently encouraged Kim to embrace her father for who he was.

Jenner told Sawyer that he'd been confused about his gender identity his entire life. Growing up in the '60s didn't make things easier; few resources existed at the time to make sense of his feelings. “So, here I am. Stuck — and I hate the word — a girl stuck in a guy’s body. I hate that terminology,” Jenner said. “I’m me. I’m a person and this is who I am… My brain is much more female than it is male. It’s hard for people to understand that, but that’s what my soul is.” At the age of 65, Jenner said he just wants to wake up and feel like himself.

Sawyer used part of the two-hour special to open up an important dialogue around the issue of gender vs. sexuality -- a topic, Sawyer herself, admitted to knowing little about. She wondered how a female-identifying person sexually attracted to other females could be considered heterosexual. "Sexuality was totally different than what my issues were. And I always felt heterosexual," Jenner said. "I am not gay… as far as I know, I am heterosexual.” He continued: "Let’s go with ‘asexual’ for now,” he said. “I’m going to learn a lot in the next year.”

The special ended with Jenner giving Sawyer an exclusive peek into his closet which was filled with dresses. “If this is the only problem I have in life, I’ve got it made,” Jenner said. “If it’s only this, I’ll be okay.”

Jenner's children voiced their support on Twitter following the program:

Prominent trans activists interviewed in the segment joined the chorus of praise: