My autistic son and my career

When my boy was diagnosed, I thought I had forever lost my ability to write. Instead he helped me find my voice 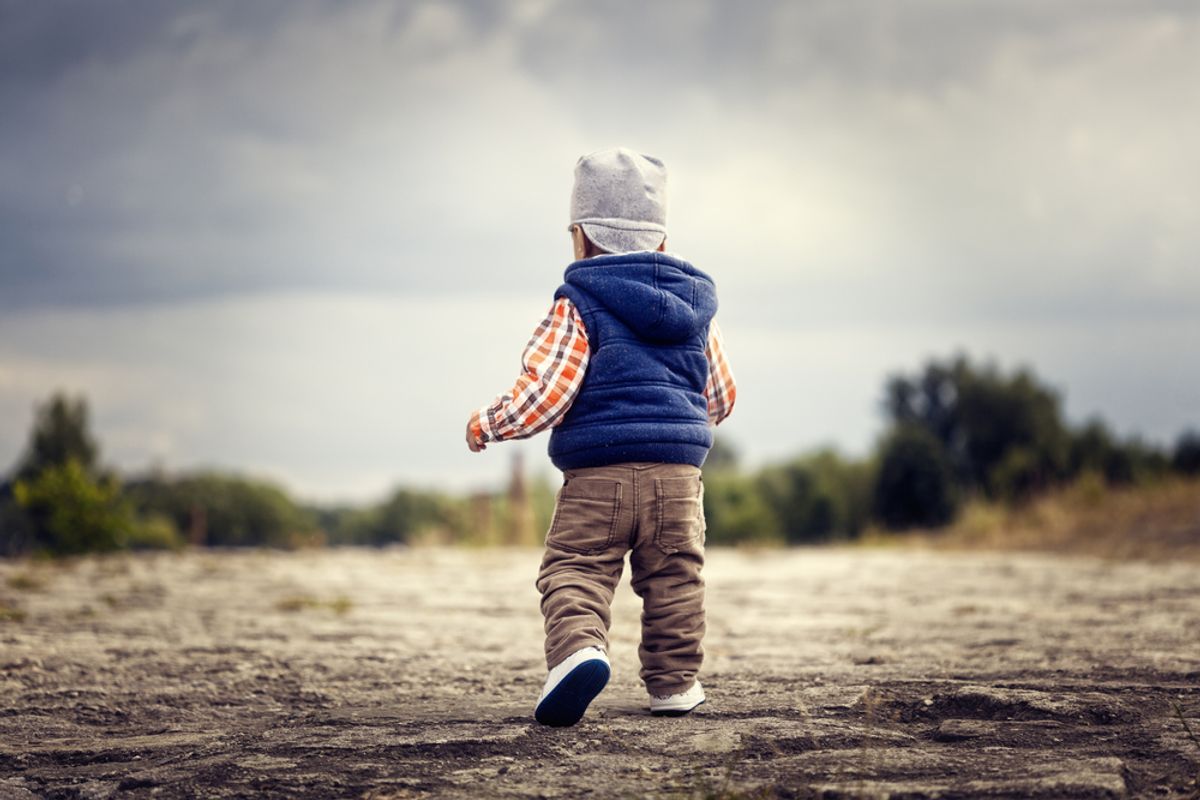 My son has the adorable, huge head of a toddler on what's becoming a maturing adult's body. His voice is still sweetly reedy. He used to not understand who I was, but now he calls me Mommy. He’s 15, and in most ways he still acts like a toddler: He's still learning to count. He wears diapers. He throws tantrums and bites and hits. Except that unlike a toddler, he can really hurt you now. I don’t know what’s going to happen when he begins experiencing sexual urges. Neither my husband nor I have extended family nearby. My friends’ kids and my nieces and nephews have already flown away from the nest and began their own lives. We might have an empty nest some day, but it won't be the same thing.

When I was my son J's age, and even younger, I was already composing stories—I was doing so soon after I learned how to read. At 9, when I inherited an old typewriter from my older brother, I was so enamored of how “professional” the words appeared before my eyes that I wrote my first book—about horses—and I think I sold it to my parents for a quarter. From that moment on, all I wanted to do was to write and publish stories.

More from DAME: "Are We Revolutionizing the Way We Die?"

Indeed, everything I've done has been in service to this desire. Like an athlete of sorts, being awake meant being in a perpetual state of training. I wrote every day, read a lot, trained myself to notice the odd detail and inflections of speech. I moved to New York. I took a job that I hated that paid well enough so I could live by myself. I took all my vacation days to write. I finally started getting published, which only made me want to publish more. I was ambivalent about having children because I worried about how much time it would take away from my work. And I gauged it and made my decision naïvely presuming I would have a healthy child.

When I'm actively writing, it takes up 99 percent of the space in my brain. The rest of the time, it still hums in the background. However, once I had my son, he took up 100 percent of my brain. Suddenly it was like I was living on a bizarre planet with a green sky and two suns and an atmosphere I was having trouble breathing in. I had zero focus for working on my novel. Writing was something I did every day, and suddenly I couldn't do it.

A few years after J had his first hospitalization for a spinal cord tumor, followed by a diagnosis of autism, an editor asked me to write about him for an anthology on parenting. It was one of those books with a chubby toddler on the cover, to be released on Mother's Day. Writing in fiction about disability was unthinkable; writing in nonfiction even more so. I lived it every day, why would I want to write about it? And what a limited audience. And lastly, I told her, if I wrote it, it would invariably be a cranky essay, a muddy boot-stomping among roses. No one, I said, wants to read about a disability so severe that friends who have a child the same age actually blurted out, "I'm so glad this didn't happen to us!" This editor, however, persisted until it was almost easier to write it to get her off my back. What resulted was, as promised, a non-happy non-celebratory essay titled, "When the Unthinkable Happens." I'd written it practically on a dare, yeah, publish THIS. And it was published in the anthology. It was also surprisingly singled out in the reviews—and not for the reasons I assumed. Reviewers and readers called it "moving."

More from DAME: "White Women Teachers Who Rape Get Off Easy"

I was invited to contribute another essay—this time for the book, Rumpus Women (muchas gracias to the amazing Cheryl Strayed)—on the topic of my choice, given little guidance except to make it badass. I got to work on a piece about being raised in a very Christian family—thanks to missionaries in Korea—while intuiting, at around 9, that I was actually Buddhist, and I began practicing a sort of amateur meditation even though I didn't know what it was at the time. The essay, as it went through multiple drafts recounting how I reclaimed my native Buddhism and animism, unexpectedly ended up also being about J, because I came to see how his challenged journey not only paralleled my spiritual path, but pushed me fully into fuck-it-I-don't-care-if-I'm-going-to-hell Buddhism. And it was reprinted in the Buddhist journal Tricycle and the Utne Reader.  More editors reached out, and I started reaching out as well, writing more nonfiction about J.

And I was hearing from people who didn't even have children, including the young, the hipsters of that age where thinking about children is well, unthinkable. Writing for me is an act of enormous pomposity—look at me! Look what I have to say! I wrote this, you should spend minutes of your wild and precious life reading this—that's yin-yanged with terrible insecurity. What if this is bad? What if no one reads it? What if I sound like an idiot? Is this of value?

Buddhists believe that life is constant change. Temperamentally, I like to be one way and stick with it, but I am realizing the safety this stance offers me is illusory. I still identify primarily as a novelist but now most people know me as an essayist. That's okay with me. The change has happened, is happening. I'm grateful. I still live on the bizarre planet with a green sky and two suns, but now I can breathe.