Jon Stewart geeks out over "Goodfellas" at Tribeca: "One of my most favorite movies of all time" 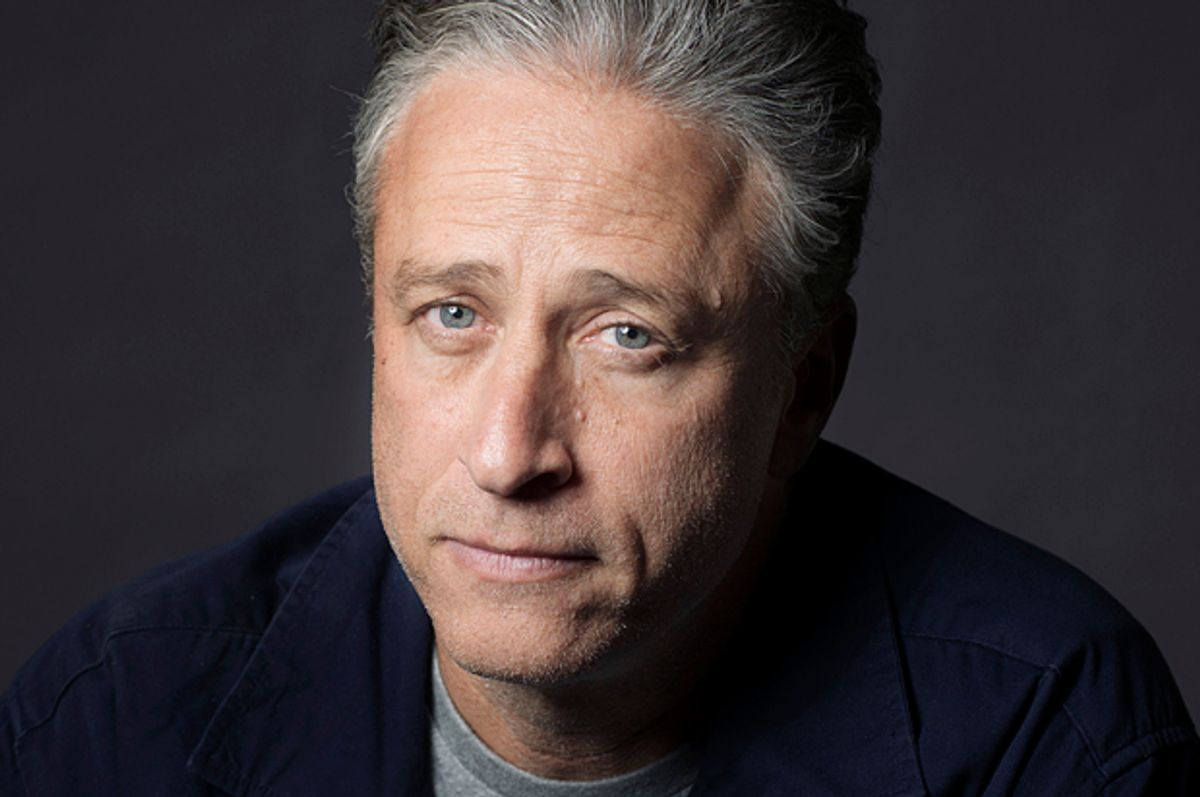 In addition to celebrating the power of film, this year's Tribeca Film Festival also provided an opportunity for all our esteemed fake news hosts to geek out over their favorite films. Colbert talked to his hero George Lucas about "Star Wars," John Oliver moderated a lively Monty Python reunion, and last night, diehard "Goodfellas" fanboy Jon Stewart closed out the festival with a celebration of the 25th anniversary of Martin Scorsese’s iconic gangster film.

"What a thrill for me tonight, this is one of my most favorite movies of all time,” said Stewart upon introducing the panel, adding that the film was "one that, when I saw back in 1990, nearly ruined my life, because at that point, I could only talk in 'Goodfellas.' I was a comedian, so you can only imagine our conversations ended with ‘funny, how?’"

Scorsese, who couldn’t be there because he was shooting in Taipei, sent a taped video message, in which he chatted candidly about the film and gave a shoutout to the panel’s moderator, saying: "Jon, if you were around at the time, we would’ve put you in the picture. I’m not exactly sure where, but...” He also recalled some of the controversy that surrounded the film when it came out, joking to Pileggi: "Remember that nice Italian restaurant in Tribeca that we used to go to? And then when the film came out, the owner of the restaurant said we're not allowed in anymore because we apparently denigrated a certain ethnic group for the picture?"

Throughout the Q&A, Stewart corralled the group — who were occasionally less than chatty — with stories that will be familiar to "Goodfellas" fans, such as how the famous "funny how?" scene was an addition that made it in right at the last minute.

“Joe [Pesci] was just telling a story in rehearsal about what happened to him in Queens,” recalled Liotta. “Where some guy said something, and it had to be a connected guy, and the guy said ‘What, do you think that I’m funny?’ And he told the story, and how Marty works, who knows, he’s just a genius guy — and really, the scene starts when the guy comes up and he hits him on the head with the glass. And so Marty decided to put that in front of that. And we improv-ed it, rehearsed it, and we made it up as it happened.”

Pileggi also remembered that when Scorsese first reached out to him about the film, he didn't return the famed director's messages -- he thought was being pranked by his New York Magazine coworker David Denby. Eventually, Scorsese had to call Pileggi's then-wife Nora Ephron in order to get through to him. "I got home that night and [Ephron said] 'are you crazy? Marty Scorsese's trying to reach you and you won't call him back!' And I said 'no no, I'll call him back.'"

Liotta also recounted his experience meeting the real Henry Hill after the film came out. "The first thing he said was, 'Thanks for not making me look like a scumbag,' and I said, 'Did you see the movie?!' Dude, that's so not cool! You did drugs and you cheated on your wife!"

Super-fan Stewart, meanwhile, appeared to still be holding out hope for a sequel. “When you do a classic like this and then you think about 'Godfather 1,' 'Godfather 2,' 'Godfather 3,' do you think 'Goodfellas,' 'Greatfellas?'" he quipped to the group. “You could have ruined this very easily."