Our perverse centrist patriots: Everything the elite media gets wrong about American politics 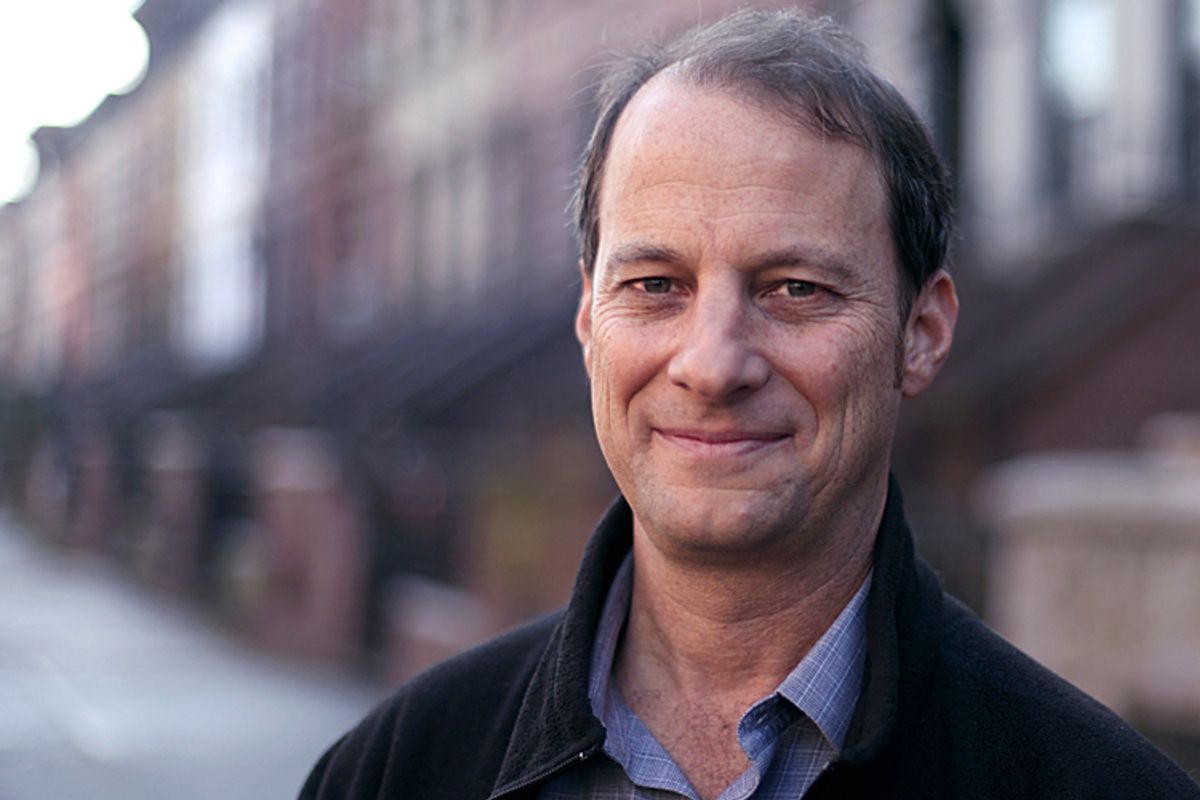 George Packer is bored with American politics. “The 2016 campaign doesn’t seem like fun to me,” he writes in The New Yorker. Today’s politics “doesn’t quicken my pulse.” It “doesn’t shock me into a state of alert indignation.” The “thrill is gone.”

When George Packer gets bored, I get worried. It means he’s in the mood for war.

Packer claims he lost his passion for politics sometime between Obama's first and second term. That’s the moment he confronted “the stuckness of American politics,” the moment when he realized that not only were “the same things” happening but that they would “keep happening.” Money would keep pouring in, filibusterers would keep filibustering, extremists would keep getting more extreme. Now he knows “we are paralyzed.” There are no more surprises.

This isn’t the first time Packer’s found himself yawning his way through a campaign. During the 2000 election, he complained that Al Gore was “more a technician than a leader,” whose “campaign slogan might as well have been, ‘First, do no harm.’” It wasn’t just Gore who had lackluster ambitions; there wasn’t “any burning issue galvanizing the electorate” either. Not just in 2000, but pretty much throughout the 1990s. As Packer would write a year later in the New York Times Magazine:

A strange thing happened after the cold war ended: patriotism all but disappeared from American politics. The right and left essentially offered a choice between hedonisms: tax cuts or spending. No one asked for sacrifice; no one spoke to common purpose.

A burning issue, a galvanized electorate, common purpose, sacrifice: that’s what Packer looks for in politics.

That day a policeman tried to help an investment banker who had fled the twin towers and seemed to be in shock. “I’m not in shock,” the banker replied. “I like this state. I’ve never been more cognizant in my life.”

Packer felt the same way. All around him, he saw “alertness, grief, resolve, even love.” And he saw that it was good: “I’ve lived through this state, and I like it.” Though he claimed he didn’t “desire war,” Packer felt something that day and in the days following that “the bland comforts of peace” could never provide. He felt drama, occasion, moment. He felt… feeling. And feared the loss of feeling: “What I dread now is a return to the normality we’re all supposed to seek: instead of public memorials, private consumption; instead of lines to give blood, restaurant lines.”

Well, we all know how that turned out: a decade and a half of multiple and ongoing wars and interventions, with a possible 1.3 million lives lost. And Packer’s still bored. But tryin’ to get the feeling again.

I mourn my lack of political passion as I would if I were to lose interest in reading fiction, or to stop caring about someone who’d been important to me for most of my life. And I count on getting back the feeling — the intense mix of love, hatred, anxiety, astonishment, and gratification — because life, public life, is impoverished without it.

Given his allergic reaction to all things humdrum and conventional, you might think that Packer would welcome the recent explosion of activism around prisons and police brutality, the national security state, Israel/Palestine and Occupy Wall Street. But Packer’s loathing of the left is stronger than his anxiousness about the eternal recurrence of American politics. So he’s left with a list of recommendations for making politics “more fun” that includes Hillary Clinton giving “the boldest speech of her career” and a pact between two candidates, one from each party, that if either wins her party’s nomination, she’ll select the other as her running mate. In other words, the very kind of politics that gives Packer a hankering for sacrifice, heroism, bloodlines and war.

Packer belongs to a special tribe of ideologically ambidextrous scribblers — call them political romantics — who are always on the lookout for a certain kind of experience in politics. They don’t want power, they don’t seek justice, they’re not interested in interests. They want a feeling. A feeling of exaltation and elation, unmoored from any specific idea or principle save that of sacrifice, of giving oneself over to the nation and its cause.

It’s not that political romantics seek the extinction of the self in the purgative fire of the nation-state. It’s that they see in that hallucination an elevation of the self, a heightening of individual feeling, an intensification of personal experience. That’s what makes them so dangerous. They think they’re shopping for the public good, but they’re really in the market for an individual experience. An experience that often comes with a hefty price tag.

Perhaps that’s why, after the Charlie Hebdo murders, Packer was so quick to man the ideological ramparts. Much as he did after 9/11, Packer couched his commentary in caveats: The response to Islamist violence should be “careful, thoughtful, and tailored.” But the action of his argument lay elsewhere.

Refusing to consider any of the political, economic or social factors that might have led to the murders — like many after 9/11, Packer dismissed such explanations as so much special pleading — he instead rehearsed a catechism of holy violence extending across three decades and four continents. The Hebdo murders

are only the latest blows delivered by an ideology that has sought to achieve power through terror for decades. It’s the same ideology that sent Salman Rushdie into hiding for a decade under a death sentence for writing a novel, then killed his Japanese translator and tried to kill his Italian translator and Norwegian publisher. The ideology that murdered three thousand people in the U.S. on September 11, 2001. The one that butchered Theo van Gogh in the streets of Amsterdam, in 2004, for making a film. The one that has brought mass rape and slaughter to the cities and deserts of Syria and Iraq. That massacred a hundred and thirty-two children and thirteen adults in a school in Peshawar last month. That regularly kills so many Nigerians, especially young ones, that hardly anyone pays attention.

The purpose of that remembrance had little to do with understanding the Hebdo murders; indeed, Packer surrounded the word understand with a derisive set of scare quotes: “Least of all should they [the murders] be ‘understood’….” The aim of linking a chain of disparate events — each a conjuncture of murder and belief — was to lend blood and purpose to our politics, the bloodless politics that Packer has spent the better part of two decades being bored by:

But the murders in Paris were so specific and so brazen as to make their meaning quite clear. The cartoonists died for an idea. The killers are soldiers in a war against freedom of thought and speech, against tolerance, pluralism, and the right to offend — against everything decent in a democratic society. So we must all try to be Charlie, not just today but every day.

In that ceremony of killing and dying for a cause, we, the witnesses to the ceremony, are consecrated. By the light of that holy fire, our miniature gets magnified, our smallness is made grand.

Our politics may be as boring as a bowling ball. But that’s why we have war, that’s why we have to be Charlie, not just today but every day; even though we’re watching a midday legislative hearing on C-SPAN, we can imagine it’s darkness at noon.

The late journalist Alexander Cockburn — a free spirit of the left who managed, despite all the setbacks to his beliefs, to find joy and wonder in the American experience — liked to poke Beltway pundits who complained about divided government in Washington. “Gridlock,” he wrote during the first year of the Clinton administration, keeps “the bastards at bay.” It means, he added after the 2000 election, “no bold initiatives.”

Cockburn may have overstated the prophylactic effects of gridlock. Even so, if the alternative to “stuckness” is Packer-like prophecy, I’ll take the boredom of gridlock any day.