The central delusion of the Christian right: Americans aren't really churchgoers after all 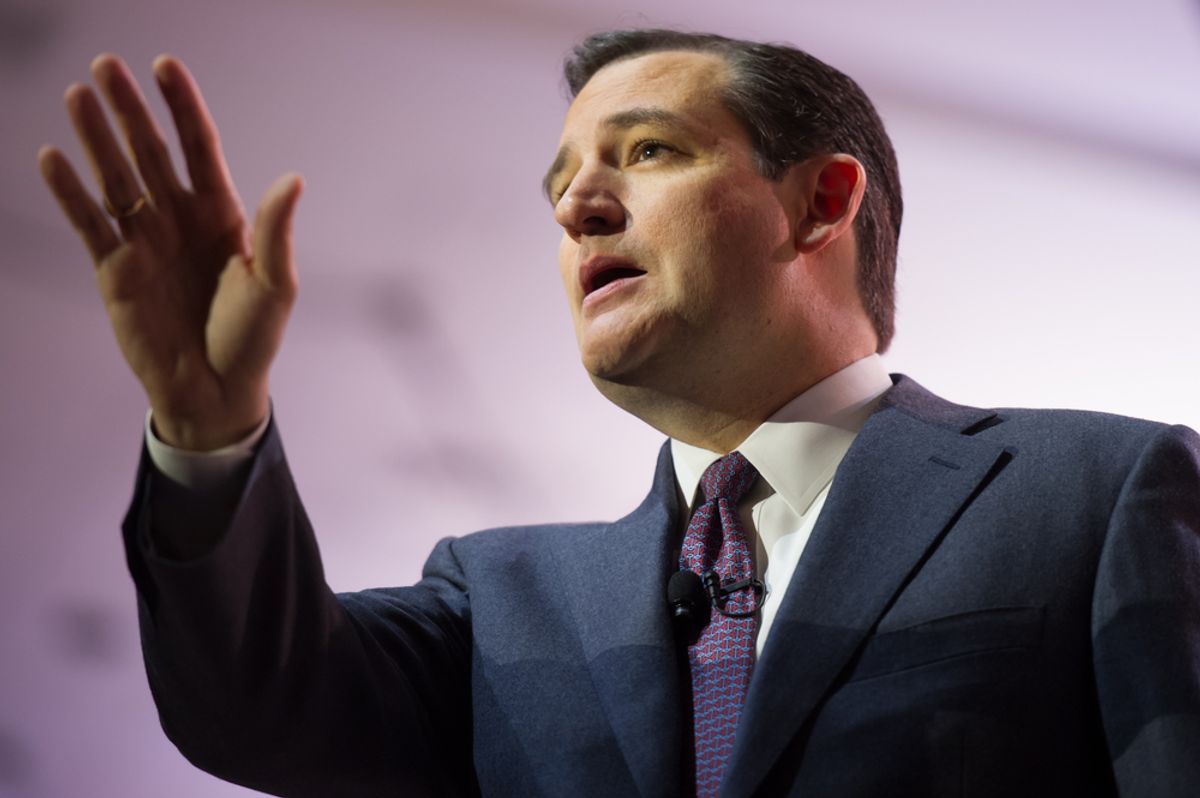 The 2016 presidential campaign has really and truly started now, and already the religious pandering is getting silly. Despite wanting voters to think of him as a “libertarian” Rand Paul was recently bleating about how this country needs a religious revival, specifically “another Great Awakening.” Ted Cruz made a big fancy speech at Liberty University where he highlighted his defense of state promotion of religion, which he erroneously called “religious freedom,” even though having the state push faith on you is the opposite of that. Mike Huckabee claimed that Christians in the military are being persecuted. Marco Rubio is so desperate to be seen as a religious right savior that he spread himself out, claiming formally to be Catholic but attending a Bible-thumping holy roller church that believes in young earth creationism and demons. He’s also done his time as a Mormon, to cover all bases.

Looking over these men’s statements and histories, it’s clear that they’re plugged into the myth that defines the religious right. This myth is that America is fundamentally a religious nation and always has been, but it’s been hijacked by a minority of back-stabbing secularist elites---and that the country can be restored to its rightful Christian dominance by electing a Republican.

It’s a narrative that is fundamentally wrong. Yes, the majority of Americans identify technically as Christians, but a deeper look at how our people act, believe, and think shows that we’re not at all a “Christian nation,” but a largely secular nation that suffers a small but vocal minority of theocracy-minded conservatives. And not just that, but that the secular-minded majority is getting even bigger and more secular all the time.

Since many of the most prominent defenders of secularism are atheists, it’s easy to assume not only is secularism an atheist thing , but that it’s therefore only important to the 20 percent of Americans that are non-believers. But most people who believe in God are also basically secular. They don’t believe that religion should dictate public policy, for one thing. For another, they don’t really think religion should dictate their own lives. While most Americans are believers, that doesn’t mean that they believe that religion should have the power over our personal lives, our government policies, or our own consciences that the religious right believes it should.

Take the issue of birth control and abortion, for instance. To hear Republicans speak of it, legal abortion and easily accessible contraception are affronts to our supposedly Christian nation. Marco Rubio, for instance, declared the HHS requirement that insurance plans cover contraception an assault on “the fundamental tenets of their faith” of believers. It’s easy to picture, from this rhetoric, a nation of devout people being tyrannized by a minority of elite secularists who want to “impose” our lurid sexual health care on the God-fearing.

In reality, most Americans, regardless of religious affiliation, are pro-choice and pro-contraception. Despite church teachings, Catholics don’t differ from the general public on their opinions on abortion. A report by Catholics for Choice, in fact, showed that only 14 percent of Catholics agreed with the Vatican’s belief that abortion should be completely illegal. And despite efforts by conservative media to treat the contraception mandate like it’s an affront to all Christians and especially Catholics, research shows that 63 percent of Catholic women and 66 percent of Protestant women supported the contraception mandate.

None of this is a surprise. Just because people say they’re a member of a church doesn’t mean they fit the image of pious sheep following lockstep with the instructions of conservative religious leaders. The sexual behavior of religious people isn’t measurably different than the sexual behavior of the non-religious. Catholics and Protestants get abortions and use contraception at the same rate as non-believing women. When it comes to sex, we’re a secular country with just a few religious trappings for ornament.

Indeed, the moral teachings of various religions, particularly the conservative ones, don’t have nearly as much impact on how Americans think and behave as they would if ours were truly a Christian nation. Most Americans believe that divorce, birth control, premarital sex, single parenthood, and homosexuality are morally acceptable behaviors. Not exactly the picture of a secular elite imposing its will on a conservative and pious majority.

It’s not just about these moral questions, either. One of the ways that the religious right claims that we’re a deeply religious country unlike our secular counterparts in Western Europe is by pointing to our supposedly much higher church attendance rates. While the French and English spend their Sundays snoozing in bed, Americans supposedly get up and get to praying. And it’s true that if you ask Americans how often they go to church, they report putting their butts in pews on a regular, often weekly basis.

Those Americans, however, are not telling the truth. Research shows that pews are about half as full as they would be if Americans were telling the truth about church attendance. When researchers actually record Americans’ day-to-day activities, they find that they don’t go to church much at all. In fact, we don’t go anymore than our Western European counterparts. The religious right likes to claim we are a “Christian nation”, but we are a bunch of secularists who only show up for weddings and holidays, just like the Europeans. We just lie about it, possibly because we buy into this myth that we are a religious country, which makes some people feel pressure to front like they have more faith than they actually do.

So when we see that the numbers of admitted non-believers are rising, it’s not because masses of religious people are suddenly choosing to become secular. It may just be people who were only nominally Christian feeling freer to admit that they don’t really believe in any of that stuff at all. Add to that the masses of Americans who may still believe on some level but who don’t live their lives by religious rules and don’t really care much about what religious leaders think, and you start to get what looks very little like a “Christian nation” and very much like a secular one.