John Oliver obliterates fashion industry: Your skinny jeans are made by child laborers! 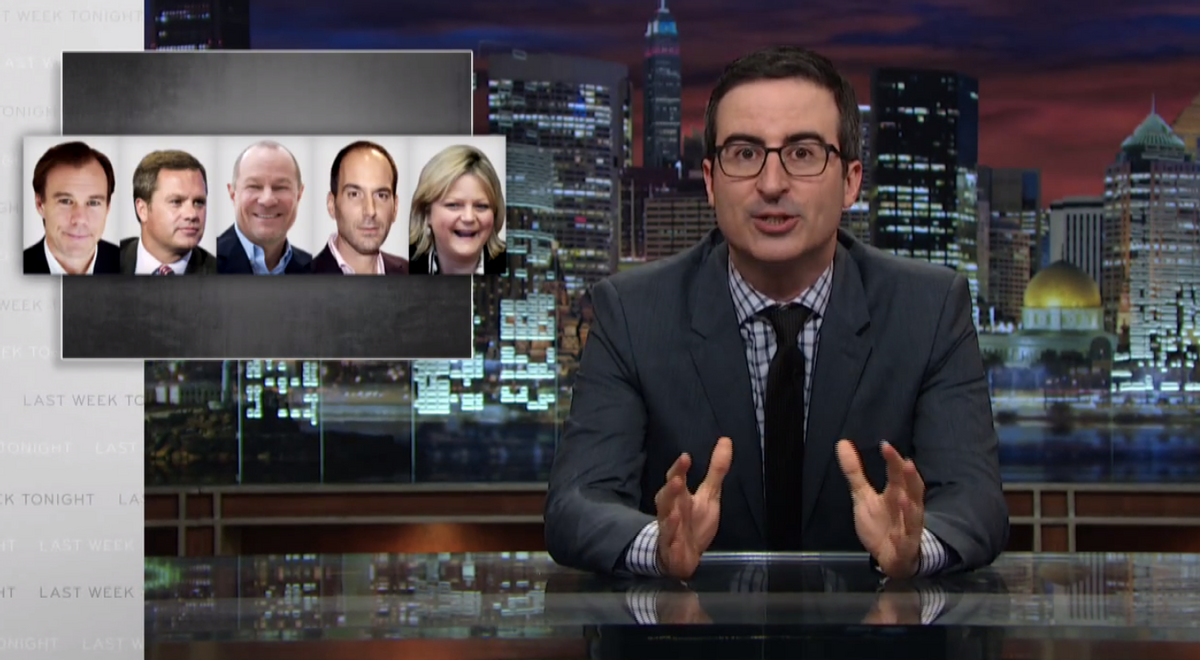 The average American buys 64 items of clothing per year. That's fantastic news for CEOs of fast fashion retailers (the chairman of H&M is the 28th richest person in the world; the co-founder of Zara is the 4th richest person of the world) and ghastly news for the thousands of children working in overseas sweatshops -- often under incredibly dangerous working conditions -- to produce the high volume of clothing necessary.

"Sweatshops aren't one of those '90s problems we got rid of like Donnie Wahlberg," John Oliver said, ripping into the fashion industry on Sunday's "Last Week Tonight." "They're more like one of those problems we're still very much dealing with like Mark Wahlberg."

While it's been Gap Inc. that's received most of the media's attention for its use of overseas sweatshops in the last two decades, Oliver reminded everyone that the problem is hitting retailers like H&M, Zara and Forever 21 (the store that allows "Midwestern tweens to dress like fortysomething alcoholics attending the funeral of a Tel Aviv nightclub owner") just as hard.

To give these incredibly rich fashion CEOs a taste of their own medicine, Oliver decided to deliver some suspiciously cheap lunches from unknown origins to each of them -- and asked them to "f**king eating it."

"If you are thinking 'I can't do that, I don't know where that came from -- what if someone rubbed their balls on it?' then I don't know what to tell you other than 'now do you understand the importance of supply chain management?'"