John Oliver's glorious Dr. Oz takedown: "You are the worst person in scrubs who has ever been on television -- including Katherine Heigl"

Though the host "refuses to be silenced," John Oliver is trying his best to shut him down anyway 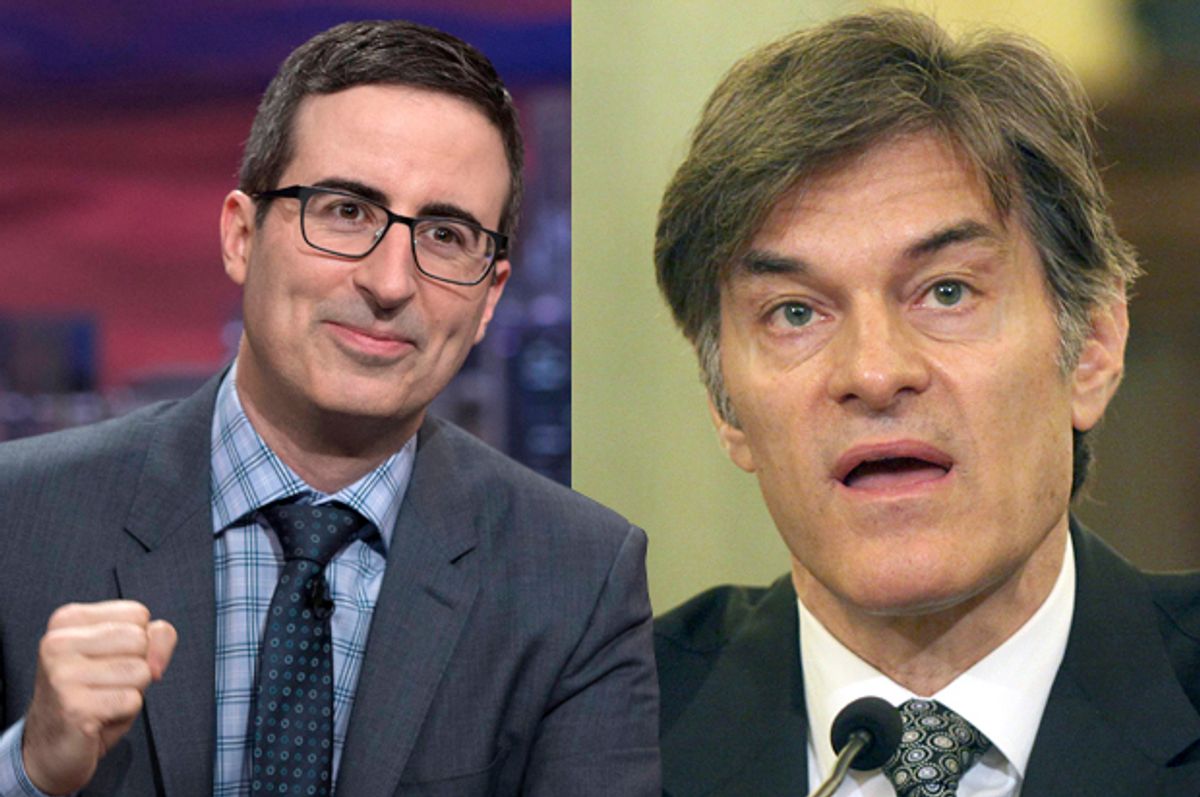 The 54-year-old author and talk show host Dr. Mehmet Oz's career has been on the rocks ever since last December when a British Medical Journal study revealed that only 46 percent of his televised recommendations could be backed by scientific evidence. Earlier this month, a group of doctors -- 10 physicians, surgeons and professors in total -- sent a letter to the dean of medicine at Columbia University asking the university to reconsider Dr. Oz's faculty appointment. “Dr. Oz has repeatedly shown disdain for science and for evidence-based medicine," that letter noted.

On Sunday night's "Last Week Tonight," John Oliver returned to his Oz-hating roots and tore into the "quack who serves viewers horseshit dressed up as medicine." His response to critics, according to Oliver, has been pathetic. “No matter our disagreements, freedom of speech is the most fundamental right we have as Americans, and these ten doctors are trying to silence that right," Oz said on his show.

Below is a transcript of Oliver's glorious Oz takedown from last night (glorious, because there's a Katherine Heigl reference in it):

“You are scientifically wrong about that as you are about so many things. Let’s be clear: The First Amendment protects Americans against government censorship, and that’s it. It does not guarantee you to simultaneously hold a faculty position at a prestigious private university and make misleading claims on a TV show. It absolutely protects you to say whatever you like on it, just as it protects my right to say what I think about you on mine, which is this: You are the worst person in scrubs who has ever been on television—and I’m including Katherine Heigl in that. Do you have any idea how difficult it is to be worse than Katherine Heigl? You are also the admittedly handsome ringmaster of a middling mid-afternoon snake-oil dispensary and it says something that even when you do a show with seven fake models of human feces, the biggest piece of shit on the stage has his name in the title.”